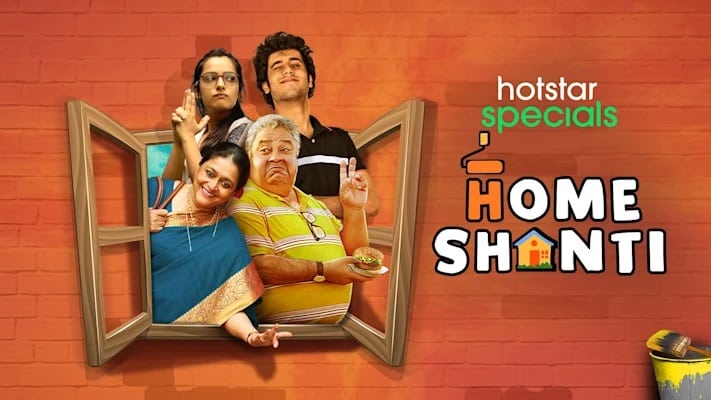 Disney has released a new trailer for the upcoming Hotstar Special, “Home Shanti”, which is coming to Disney+ Hotstar on

Watch the Joshi family slowly find out that there’s nothing shanti (peaceful) about building your dream home.” The trailer opens with the Joshi family, of four, travelling in a car. It introduces Manoj as a comic Hindi newspaper columnist Umesh Joshi and Supriya as a stoic, school vice-principal Sarla Joshi. Their two kids are seen getting into a physical fight in one of the scenes. As Sarla decides to take voluntary retirement to avoid a transfer, her family faces the predicament of building a house following the short notice to vacate their government allocated quarter.

The series will be released on Disney+ Hotstar in India on May 6th 2022.

Roger has been a Disney fan since he was a kid and this interest has grown over the years. He has visited Disney Parks around the globe and has a vast collection of Disney movies and collectibles. He is the owner of What's On Disney Plus & DisKingdom. Email: Roger@WhatsOnDisneyPlus.com Twitter: Twitter.com/RogPalmerUK Facebook: Facebook.com/rogpalmeruk
View all posts
Tags: home shanti, HotStar