A young boy is forgotten while his family flies to France and he must protect the house from a pair of burglars who don’t know what they’re in for in “Home Alone.” It’s the film that made Macaulay Culkin a star, before we all forgot about him, and proved that Joe Pesci can play the same role he always plays without swearing. It’s a Christmas classic.

This is one of the best movies I’ve ever seen, period. There will never be a time when I watch this and not enjoy myself. The gags are still funny 30 years later. Kevin is able to take out Harry and Marv a few times while also scaring the pizza delivery driver and helping the elderly neighbor reconcile with his son and granddaughter. He’s like the angel from “It’s a Wonderful Life” if he grew up to be Jigsaw from the “Saw” franchise.

The product placement from Domino’s and Pepsi is pretty obvious, but it’s easy to get past. But, I really wish “Angels with Filthy Souls” was an actual movie. I want to see that film. Plus, the scene where Kevin uses the film to scare the delivery driver is one of the funniest in the film. Besides, in a COVID world, don’t we usually tell pizza delivery drivers to “leave it on the doorstep?” 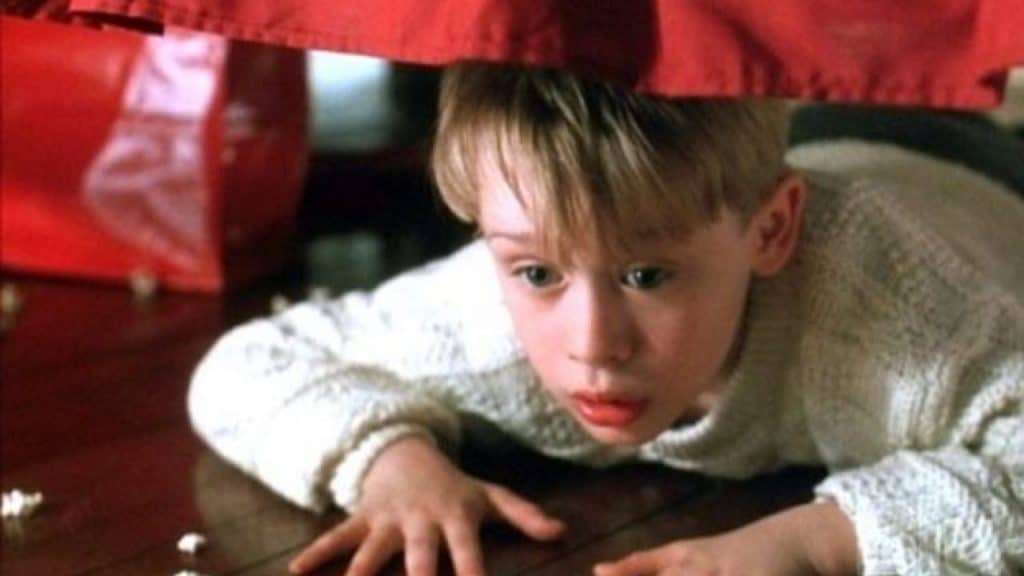 The chemistry the actors share is amazing in this film. Joe Pesci and Daniel Stern have made a living playing a gangster and a dope, respectively, so it makes sense that they would fill those roles very well here. But, they truly feel like a realistic pairing who would be trying to break into people’s homes over the holidays and stealing from them. Besides that chemistry, it’s the pairing with Macaulay Culkin that seals this movie as an all-time great. Culkin plays off of Pesci and Stern perfectly, and Pesci and Stern play off of Culkin perfectly. It’s an excellent relationship that makes the film a lot of fun.

This film like a bunch of other series has been watered down by sequels over the years. There are officially five “Home Alone” films, but not all of them are worth watching. But, no matter one’s opinion of the sequels, the first is still the best. It’s an excellent family film that will bring smiles to almost anyone’s face. It’s my second favorite Christmas film, after “Diehard” of course, and it’s an all time great.

What did you think of “Home Alone?”

Jeremy has been a big Disney fan since he was a kid growing up during the Disney Renaissance. One day he hopes to go to every Disney Park in the world.
View all posts
Tags: 20th century fox, 20th century studios, disney, home alone, review