Kevin McCallister is back and this time he’s by himself in New York City where he leads everyone’s favorite pair of burglars to a different house of horrors in “Home Alone 2: Lost in New York.” The sequel to the wildly popular “Home Alone” movie brings back all of the viewers’ favorites while introducing some new side characters for a little bit of fun.

When I was a kid, I liked this movie better than it’s predecessor. The extra hijinks appealed to my adolescence and the fact the plot was basically the same didn’t matter to me. As an adult, it’s not as good. The traps are still fun. Harry and Marv are still great. The added threat of the hotel workers finding out about Kevin being there by himself gives an added layer, but it’s still a typical sequel. It’s perfectly fine, and definitely worth watching, but not as good as the original.

The traps and gags are certainly raised in this film compared to the first, but I think that hurts it for me as an adult. While still funny, it feels like the filmmakers sacrificed plot development for bigger stunts. It’s a trap Michael Bay falls into in every movie he makes. The film is targeting families, so that’s probably exactly what it needed. As an adult, I’m looking for a little more nuance when I watch a film by myself, but when I watch with my family, this type of film works just fine. 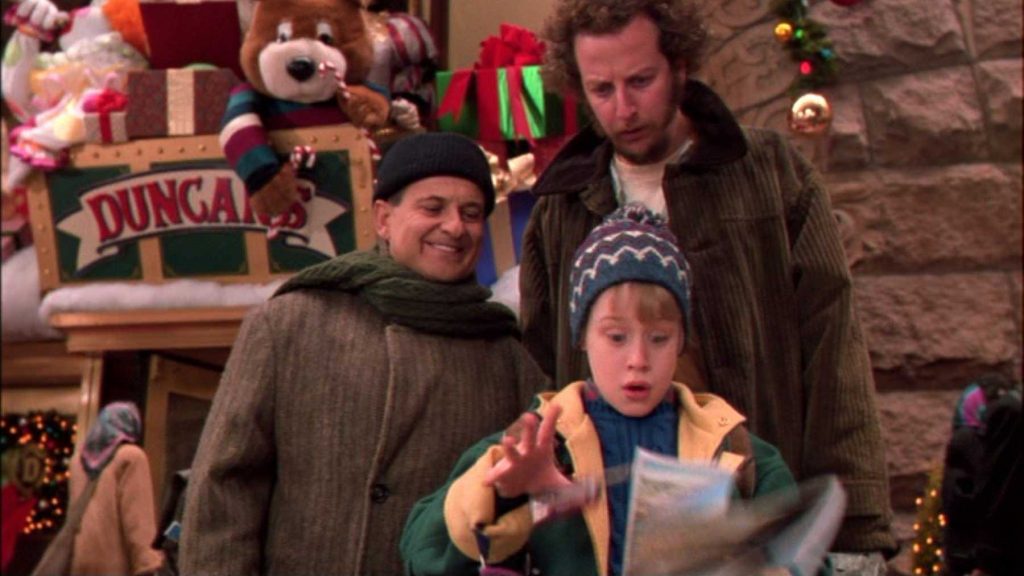 I really enjoy the hotel workers addition, though. Tim Curry and Rob Schneider are both a lot of fun and help bring an added threat without any competence. Plus, the scene where Kevin uses the movie to trick them into getting on their knees and saying “I Love You” is even funnier than the comparable scenes in the first when he scares the pizza delivery driver and, later, Marv.

This is an annual Christmas viewing in my house. I watch it and the first “Home Alone” multiple times each Christmas. The first is a Christmas classic and this one is an enjoyable sequel. Plus, this film gives me a sense of nostalgia since the year it came out, I received a TalkBoy for Christmas, like Kevin uses in the movie. This was a classic film of my childhood that’s not as good as it was when I was a kid, but still amazingly fun to watch. I would definitely recommend it to anyone who wants to watch a funny Christmas movie.

What did you think of “Home Alone 2: Lost in New York?”

Jeremy has been a big Disney fan since he was a kid growing up during the Disney Renaissance. One day he hopes to go to every Disney Park in the world.
View all posts
Tags: 20th century fox, 20th century studios, disney, Home Alone 2, review