HBO Max Overtakes Disney+ To Become The Third Largest Streaming Platform In The US.

What's On Disney Plus > Blog > Disney+ News > HBO Max Overtakes Disney+ To Become The Third Largest Streaming Platform In The US.

HBO Max Overtakes Disney+ To Become The Third Largest Streaming Platform In The US.

Some new data has been released by JustWatch, showcasing the market shares of streaming services for the first quarter of 2022!

HBO Max saw the most growth in Q1, adding +2% market share and overtaking Disney+ and Hulu to become the third-largest streaming platform in the US. Netflix remains the market leader, but has continued to feel the effects of the increasingly competitive market and fell -2% in Q1. 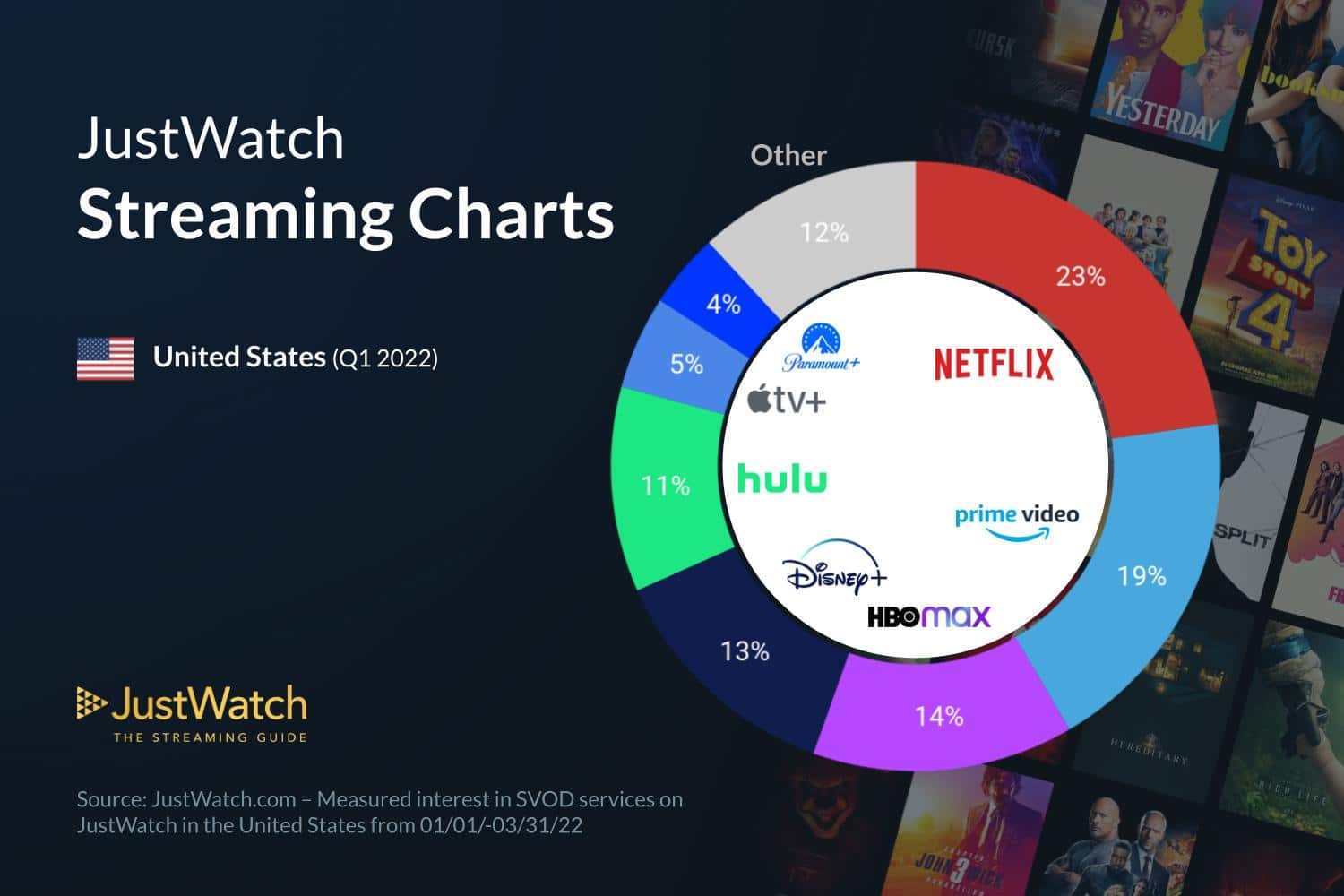 Though, if you take both Disney’s streaming services, Hulu and Disney+. They have a 24% stake (almost a quarter) of the market share, just ahead of Netflix.   It shows how merging them would make the combined streaming service much more powerful, which is how Disney+ operates internationally in many countries.

Since January, HBO Max has continued to gain momentum and added +1% market share, passing a standstill Disney+. The growth of midfield players Apple TV+ and Paramount+ affected market leaders Netflix and Hulu, which each lost -1% since the beginning of 2022. 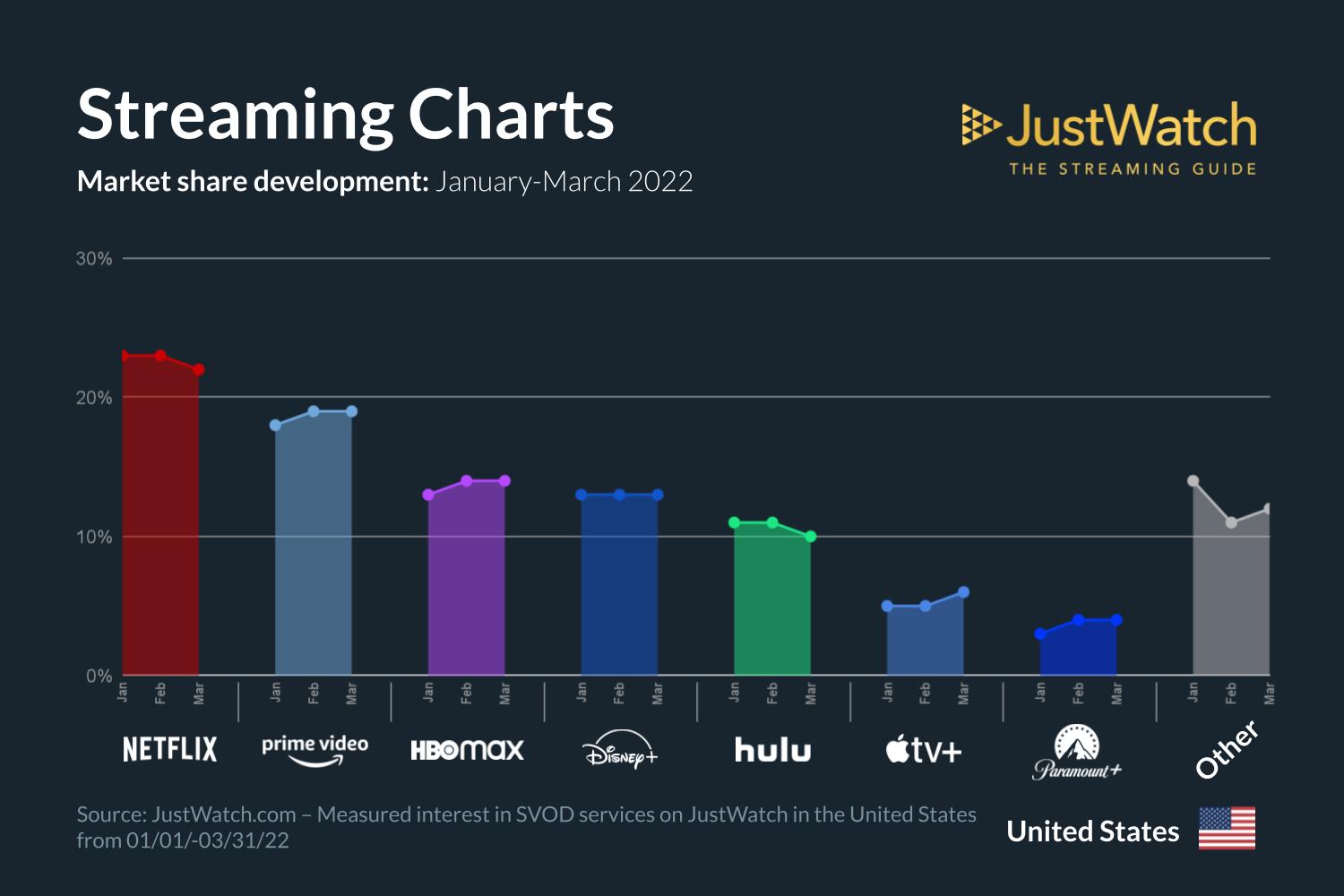 Disney+ has been pretty flat with its market share in the past few months, while many of the other streaming services grow.

HBO Max is also likely to increase its market share when it eventually merges with Discovery+, following the merger of Warner Brothers Discovery.

With more competition within the streaming business, Netflix has continued to lose its share of the market, which is also impacting Hulu, as each year, it loses more content from existing contracts ending.

What do you think of HBO Max pushing past Disney+and Hulu?