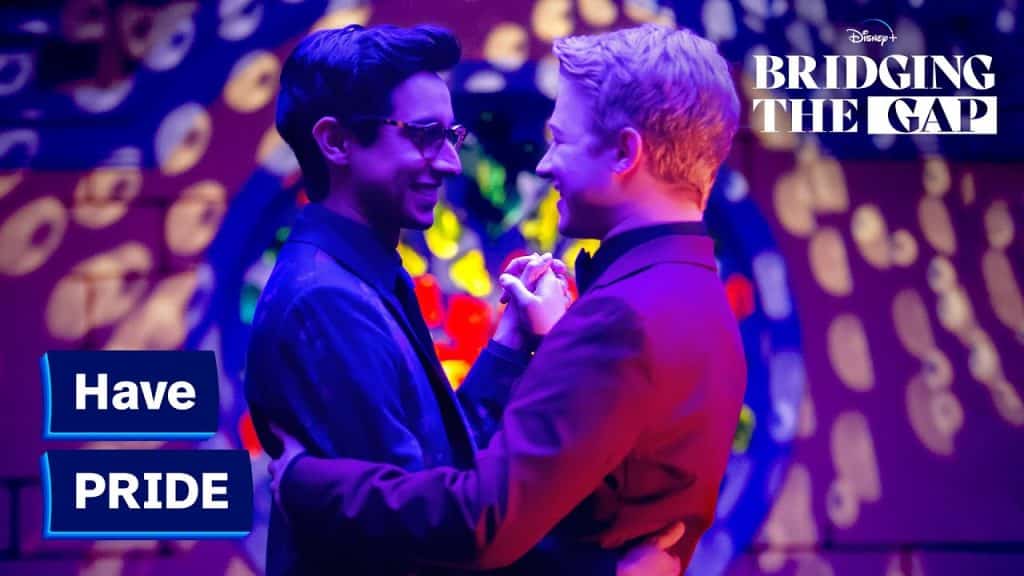 Disney has released a new episode of its online web series, “Bridging The Gap”, which sees filmmakers, animators, creatives, and talent will join host, Brea Baker, to have an open and honest conversation about their lives, careers, and hopes for the future.

In this episode of “Bridging the Gap”, Disney celebrates LGBTQIA+ Pride Month with Frankie Rodriguez (High School Musical: The Musical: The Series Season 3), Toni-Michelle Williams (LGBTQIA+ community organizer), and Ann-Marie Pace (“Growing Fangs”) who are driving change through authentic LGBTQIA+ representation, on and off the screen.

Check out the new “Bridging The Gap” episode below:

Roger has been a Disney fan since he was a kid and this interest has grown over the years. He has visited Disney Parks around the globe and has a vast collection of Disney movies and collectibles. He is the owner of What's On Disney Plus & DisKingdom. Email: Roger@WhatsOnDisneyPlus.com Twitter: Twitter.com/RogPalmerUK Facebook: Facebook.com/rogpalmeruk
View all posts
Tags: bridging the gap, disney