This is the my least favorite of the three “Halloweentown” films I’ve reviewed so far. The first one is a fun kids movie that draws the attention and has a nice nostalgic feel to it when re-watched as an adult. The second continues the storyline from the first in an intriguing, if not predictable way. It’s a solid sequel, but not as good as the first. The third one really feels like they are trying to draw as much from this franchise as possible. It’s a new story, but not necessarily a good one. If they had stopped at two, it would’ve been better. I’m already dreading the fourth film. 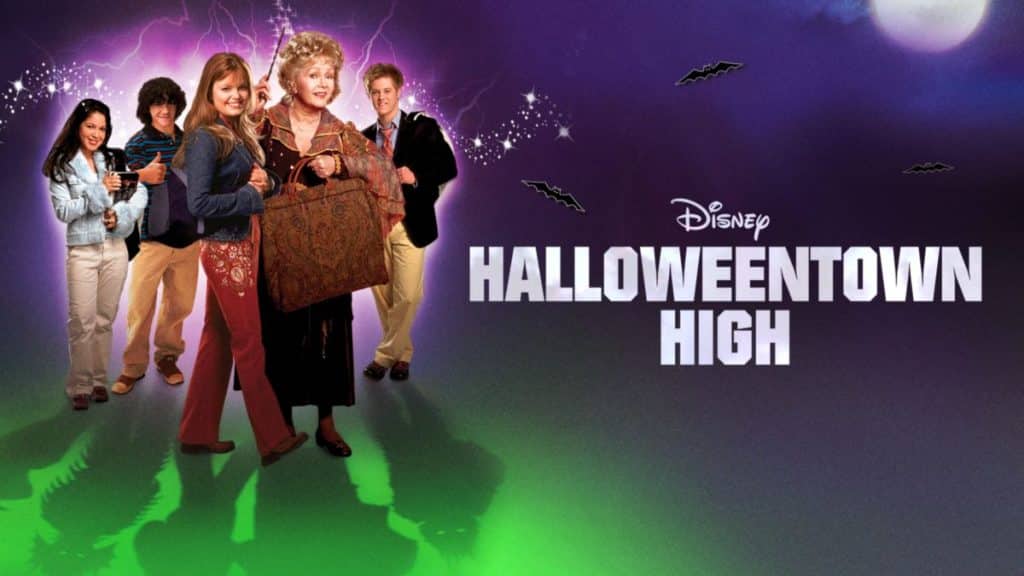 The one thing this film series has done is give me a new appreciation for the late, great Debbie Reynolds. For a long time, I only knew her as Princess Leia’s mother. I’ve seen her in other films and she always does an amazing job. But this series of films has made me greatly appreciate what she gave to my generation. She presented a loving grandmotherly character for fans of this Disney Channel Original Movie series. I hope the generations after me get a character to love like Aggie Cromwell and actress to adore like Debbie Reynolds.

I won’t be revisiting this “Halloweentown” film like I do the first or second one. Everyone involved puts in great effort to continue the franchise, but it just falls flat for me. If you enjoyed this one, I hope you continue to enjoy it. This wasn’t bad, it just wasn’t for me.

What did you think of “Halloweentown High?”

Jeremy has been a big Disney fan since he was a kid growing up during the Disney Renaissance. One day he hopes to go to every Disney Park in the world.
View all posts
Tags: disney, Disney Channel, Disney Channel Original Movie, Halloweentown High, retro review, review