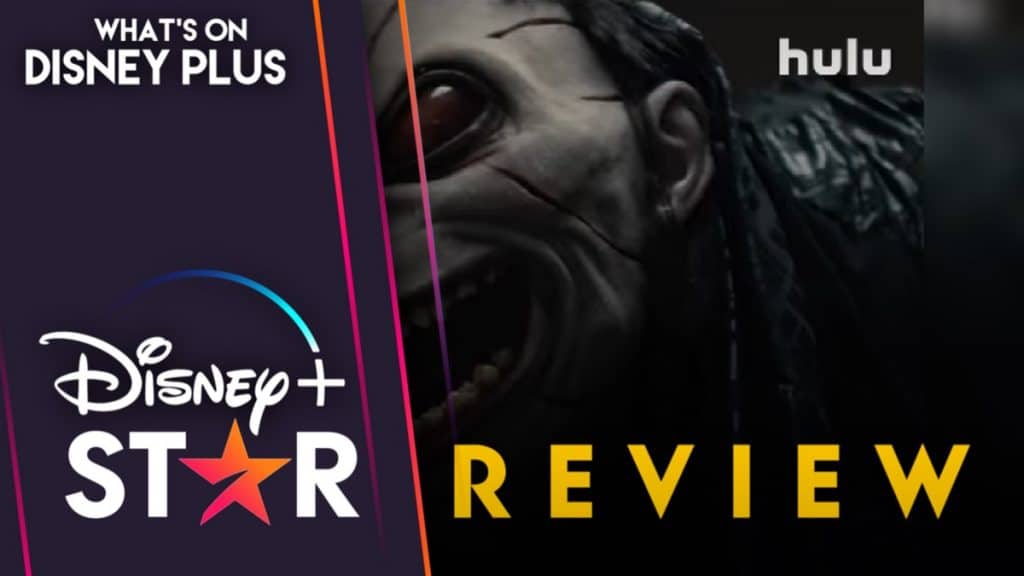 In this psychological horror film, Asha Chaudrey (Sara Wolfkind) and her brother Kamran (Callan Farris) are living perfectly normal teenage lives. However, when a particularly troubling “internet challenge” begins making the rounds, her parents Amir (Usman Ally) and Leah (Shannyn Sossamon) begin to get swept up in the understandable concern that builds in their sleepy little town as news of horrific accidents spread. But as the hysteria begins to escalate and more and more parents desperately seek to protect their children, the siblings begin to wonder if more sinister forces may be at work…

Generic. That was the word that immediately leapt to mind when I began watching this film. There’s no doubt that its premise and setting distinctly tailored to a medium or low budget. And let’s be honest here, the idea of a “deadly meme” is hardly fresh in 2022. So, it’s entirely fair to say that I was ready to tear this direct-to-streaming release to shreds after the first 5 minutes. But after watching the entire 100 or so minutes, I really can’t be that harsh. This is a film that tries its best to be interesting with its premise. And it doesn’t completely fail in its attempt. Does that mean I’d strongly recommend it? Not entirely. Allow me to explain.

Sara Wolfkind’s Asha is our main character here and she does have a little more depth than your average horror movie protagonist. For example, we learn that she is an aspiring ASMR YouTuber. Okay, this may not sound like much but it does play into her characterisation directly. We are shown that she is someone who wants to be a calm person but at least somewhat struggling to control her inner anxieties. Besides being a clever nod to the theme of the film, this makes Asha a relatable, likeable young adult. As any fan of classic slasher films will tell you, you need to like someone that’s going up against the villain, or the whole premise can fall apart.

Callan Farris’ Kamran is generally less important to the plot than his sister. However, he isn’t completely superfluous either. The two young actors have good, believable chemistry as siblings and the narrative never gets bogged down by needing to show them bickering so that the relationship feels “real”. Instead, they co-operate when needed and the script trusts the audience to pick up on minor hints of familial friction in the first couple of acts. Sure, siblings can and do argue but it’s nice to see a film not hit you over the head with that fact.

And now we come to the parents, portrayed by Usman Ally and Shannyn Sossamon. They are the most interesting characters. Besides the titular Grimcutty (who we’ll come back to later), they are the closest things to “bad” regular characters we have. And really, that wording isn’t fair. What they’re doing isn’t wrong in and of itself. They react perfectly understandably but allow their fear to escalate to a point where they’re hurting endangering the ones they most want to protect. I’ll admit that it’s far from the most subtle of metaphors for “helicopter parenting”, but it does at least make a valid point in an interesting manner.

On the note of the acting by the parents, I do have a nit to pick with the portrayal of the father, Amir. My problem is that he becomes too intense and almost foreboding too quickly. Kudos to the actor for perfecting his “serial killer” stare, but when he’s already coming across as aggressive to his daughter by the end of the first act, it feels odd. Especially when the mother manages to maintain her composure for significantly longer. Upon reflection, I wonder if this was intended as a statement on dads being particularly overprotective of their daughters. But if that was the case, it’s not brilliantly communicated and is quite jarring in practice.

And now we come to Grimcutty. The true titular villain or monster of the piece. And unfortunately, this is where the whole thing falls apart for me, at least to some degree. Put simply, Grimcutty isn’t scary. It’s slightly unnerving perhaps, if you’re easily startled, but the wide, toothy grin comes across as goofy to me, rather than threatening. Not to mention that the outfit (I assume it was a physical outfit as Joel Ezra Hebner is credited as the character) feels like an original costume for Halloween on the cheap. I imagine it’s a mixture of design and cheap CGI that’s the problem here. When you’re not bothered by the monster in a horror movie, the end result will always be an uphill battle.

And while we’re on the subject of horror, the gore is rather subdued. Despite being given a 16+ rating in the UK, I imagine that has to have been due to the open discussion of self harm and suicide as it was highly unlikely to be because too much of the red stuff was shown. I’m not saying it’s completely devoid of gore, but we’re mostly talking about a few shallow cuts and puncture wounds that barely bleed. Honestly, if you’re a Marvel fan who’s recently watched the Werewolf By Night special, I think there’s an argument to be made that it was more violent than this outright horror movie. What strange times we live in.

Nearly 900 words in, the question remains, would I recommend Grimcutty? It depends. If you’re a hardcore horror fan, no. There’s nothing overly special about the premise and it wouldn’t even come close to satisfying a gore hound. However, if you’re someone who’s often tempted to dip their toe into the genre but is put off by extreme violence, this is a reasonable middle ground.While it may not have a huge target audience, Grimcutty’s message is not devoid of merit and the execution is not entirely flawed.

Grimcutty is an exclusive, original movie that is streaming on Disney+ internationally and Hulu in the US. Due to being made specifically for the Disney-owned streaming platforms, it is not available for individual purchase.

What are your thoughts on “Grimcutty”?

Jon has been a Disney fan all of his life. From wearing out those expensive VHS tapes and visiting Disneyland Paris as a child to becoming a huge fan of the MCU in adulthood, Disney has helped shape some of the happiest, most fun moments he can remember.
View all posts
Tags: grimcutty, Reviews, star