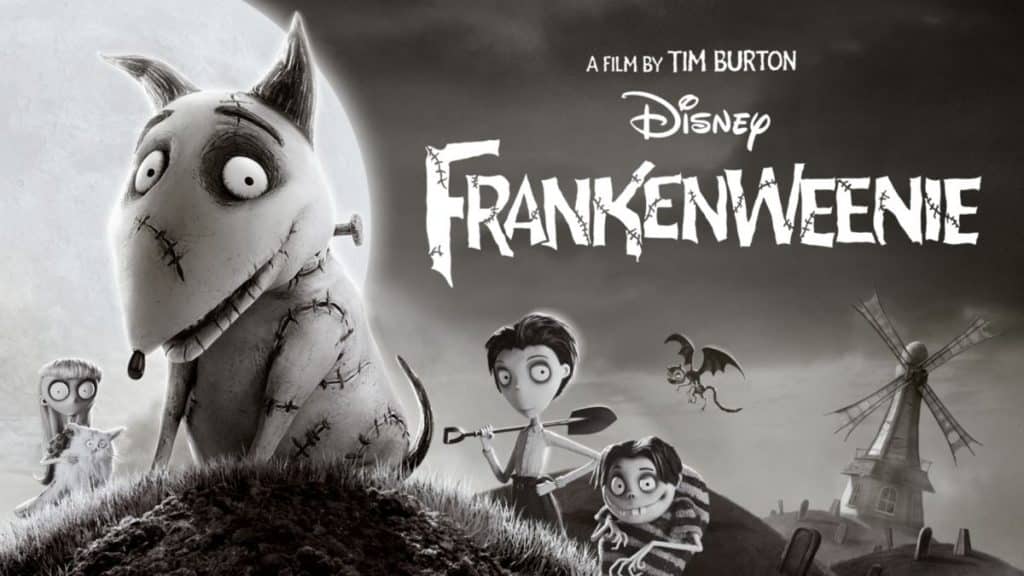 Before he was building a person out of the parts of deceased people, a young Victor Frankenstein brings his dog back to life in “Frankenweenie.” Victor wants to be a scientist, but his dad thinks he’s isolated and wants him to try baseball. After Victor hits a home run, his dog Sparky chases the ball into the parking lot where he is hit and killed. Distraught at losing his pet and best friend, Victor goes on a mission to raise Sparky from the dead. But, that leads to some unintended consequences when other kids decide to re-animate their pets as well, as those pets attack the town and it’s up to Victor and Sparky to save the day.

This is a mostly child friendly version of the story of Dr. Frankenstein and his monster made famous in the novel “Frankenstein” by Mary Shelly. Some of the classic characters are there like Frankenstein and Igor (portrayed here as Edgar Gor.) It’s an intriguing storyline that works a little better when sharing the iconic story with the younger members of the family. By shifting the focus from people to pets, it’s told in a way where kids would understand why Victor wants to bring someone or something back from the dead. 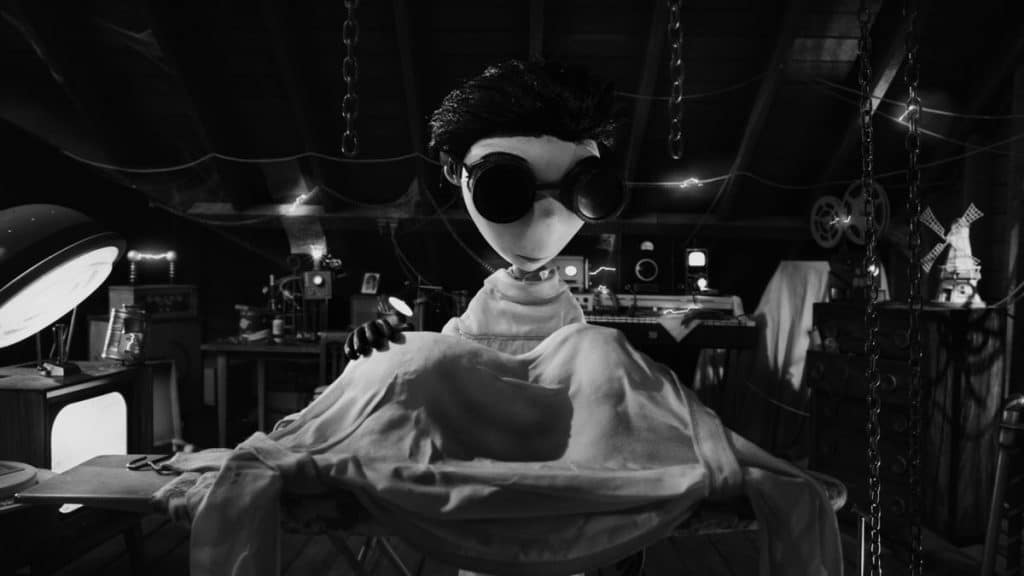 This film isn’t a sequel to “The Nightmare Before Christmas,” but in many ways, it feels like its successor. Both are stop motion animated films. Tim Burton is involved in both. He serves as the director of “Frankenweenie” while he created the story and produced “The Nightmare Before Christmas.” Danny Elfman wrote and performed the music for both. Even Catherine O’Hara appears in both. She voiced Sally, the female lead in “Nightmare” while voicing Victor’s mother, a gym teacher and the character Weird Girl in “Frankenweenie.” It’s a long way from playing the mother in the first two “Home Alone” movies.

In the pantheon of Halloween movies, this one is okay. It doesn’t have the cult classic vibe of “Hocus Pocus.” While it’s very similar to “The Nightmare Before Christmas,” the music doesn’t stand out as much in this film, and the story while iconic just doesn’t grab my attention the way “Nightmare’s” does. It doesn’t quite have the charm of “The Addams Family.” But, it’s still got a better story than other movies like “Monster House” and is executed in an enjoyable fashion, unlike say “The Haunted Mansion.” It’s far from a great movie, but it’s certainly enjoyable. I would recommend it for someone looking for a slightly scary but not too frightening Halloween film.

What did you think of “Frankenweenie?”

Jeremy has been a big Disney fan since he was a kid growing up during the Disney Renaissance. One day he hopes to go to every Disney Park in the world.
View all posts
Tags: disney, Frankenweenie, halloween, retro review, review, walt disney studios