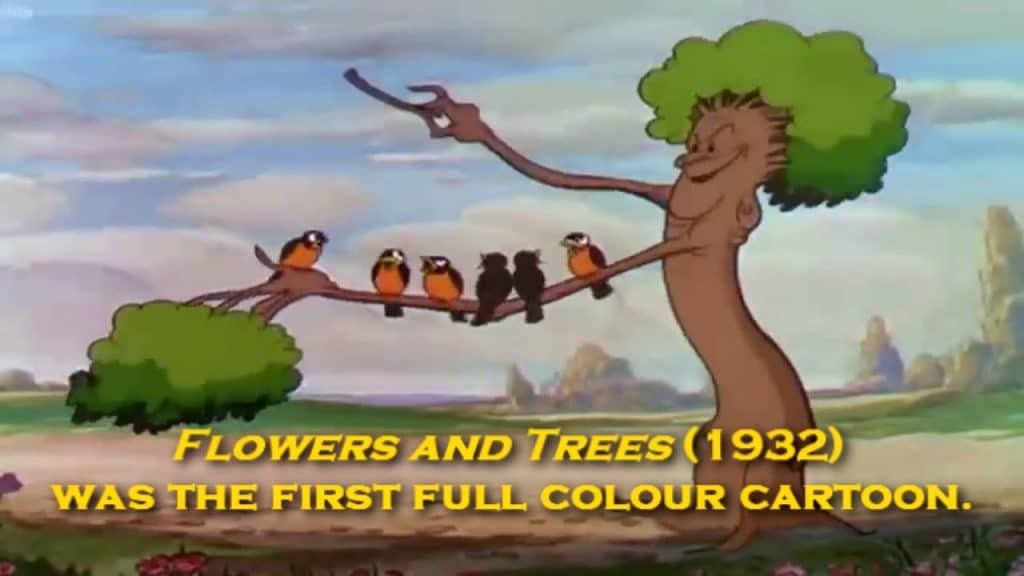 Disney unveils yet another Silly Symphonies presentation with the 1932 animated short, “Flowers and Trees.” In the short, two trees appear to be in love, but a jealous stump wants the female tree for himself. When the female tree rejects his advances, the jealous stump starts a forest fire to threaten the pair and their friends in the forest.

This is a beautifully animated short that probably had kids of the 1930s laughing at the crazy antics, but it just wasn’t for me. A jealous suitor trying to kill the woman (tree) he can’t have and the man (tree) she’s chosen to be with is downright disturbing to think about as an adult. The phrase “it was a different time” is all I can think to describe this.

The good news is the trees’ friends rally around the pair, but it seems they did it out of survival instincts more than friendship. The birds’ nests in the trees were also being threatened by the fire, so the bird flew into a cloud causing it to rain and put out the majority of the fire. It’s a nice little message about the importance of working together and probably the best we were going to get back in the 1930s. 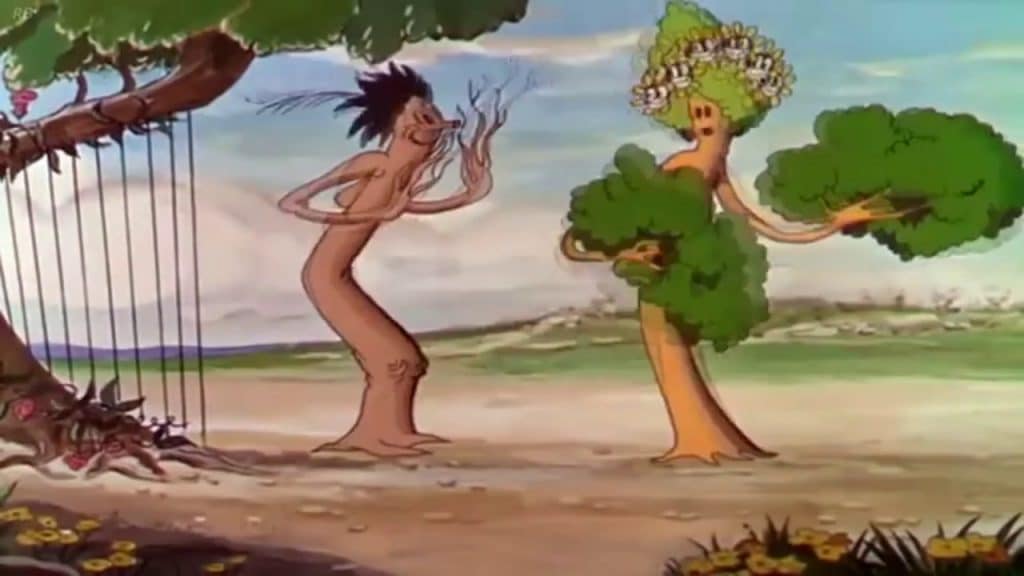 I guess the best redeeming quality of this short is the ending. The stump, after being figuratively consumed by jealousy, is literally consumed by fire. While the birds brought the rain, they didn’t bring it in time to save the stump who started the fire. But, the main pair of trees are finally able to share their love, with the male tree proposing with an engagement ring formed by a centipede. In the end, the main couple is able to overcome the jealous advances of the stump.

It’s an interesting take of what we now know as toxic masculinity, but I believe it would be represented better in later works of art It’s a topic that I would be interested to see covered in the Sparkshorts series available on Disney+. With a better look and a more retrospective eye, I think the message of this short can be conveyed better. The 1930s version was presented in a way that is easy to spot as an adult but would sail over a kid’s head. If they were really trying to speak out against toxic masculinity in 1932, this is the best they could do. But, nearly 90 years later, we know more and can present it in a way that kids and adults both understand and appreciate the message.

Have you seen “Flowers and Trees?” What did you think of it?

Jeremy has been a big Disney fan since he was a kid growing up during the Disney Renaissance. One day he hopes to go to every Disney Park in the world.
View all posts
Tags: disney, Flowers and Trees, retro review, review