“Ron’s Gone Wrong” is the story of Barney, a socially awkward middle-schooler struggling with the social media age, and Ron, his new walking, talking, digitally-connected device which is designed to be his instant ‘Best Friend out of the Box.’ Ron’s hilarious malfunctions launch them into an action-packed journey in which boy and robot come to terms with the wonderful messiness of true friendship.

The film is being directed by Sarah Smith (Arthur Christmas) and Pixar veteran Jean-Philippe Vine (who was the story artist on Cars 3 and The Good Dinosaur).   Octavio Rodriguez, who was a story artist on Coco and Incredibles 2 will also be co-directing the film. The script has been written by Sarah Smith and Peter Baynham, who previously worked on Arthur Christmas, Borat: Cultural Learnings of America for Make Benefit Glorious Nation of Kazakhstan and Borat: Subsequent Moviefilm). Lockhart (Shaun the Sheep Movie, The Pirates! Band of Misfits) produces, with Locksmith Chairman Elisabeth Murdoch and Peter Baynham acting as executive producers.

Animation Magazine has shared a first look at the new film:

Empire magazine also released an image from the film:

The film has been created by Locksmith Animation, which is a studio based in the UK and is owned by Elisabeth Murdoch, who is the second daughter of former 20th Century Fox owner, Rupert Murdoch.

Are you looking forward to seeing “Ron’s Gone Wrong”? 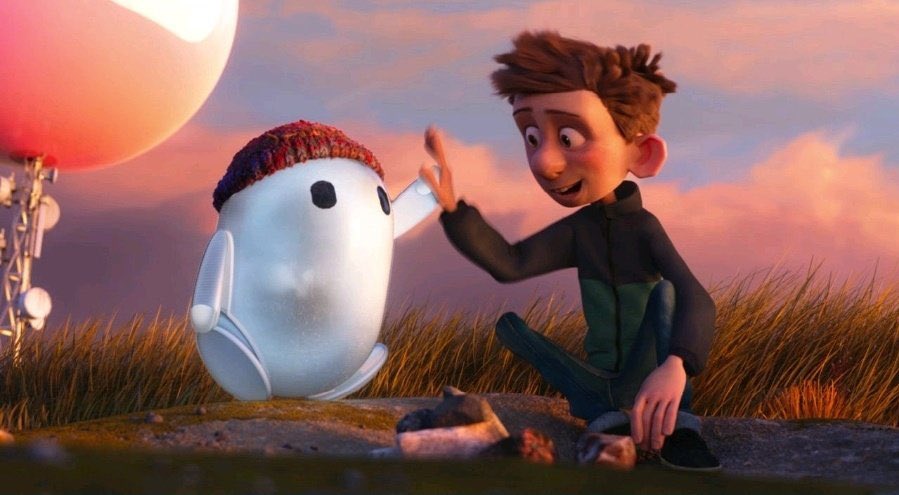