During a special panel in Ballroom 20 at this week’s San Diego Comic-Con, Disney released the first footage of the new Disney+ Original series “National Treasure: Edge of History,” which based on the hit film franchise.

The series focuses on a young heroine, Jess (Lisette Olivera), a brilliant and resourceful DREAMer who embarks on the adventure of a lifetime to uncover the truth about her family’s mysterious past and save a lost Pan-American treasure. During the panel, executive producers Cormac and Marianne Wibberley shared their vision for the reboot of the smash hit franchise and how incredibly thrilled they are to showcase this dream cast for the series, which also includes Academy and Tony Award-winning actress Catherine Zeta-Jones. It was previously announced that Justin Bartha will guest star in the series, reprising his role as Riley Poole.

Check out the first look at this series below:

In addition to Olivera, the series also stars Zuri Reed (“Flatbush Misdemeanors”) as Tasha, Jess’ ride-or-die friend who joins the treasure hunt but is forced to reevaluate her belief system to help her best friend; Antonio Cipriano (“Jagged Little Pill” on Broadway) as Oren, a lovable but self-obsessed goofball with an encyclopedic knowledge of conspiracy theories that attempts to win back Tasha’s affections; Jordan Rodrigues (“Lady Bird”) as Ethan, Jess’ childhood best friend who has loved her since the day they met; Jake Austin Walker (“Rectify”) as Liam, a swoon-worthy struggling musician, with a permanent chip on his shoulder, who comes from a long line of treasure hunters; Catherine Zeta-Jones (“Chicago”) as Billie, a badass billionaire, black-market antiquities expert and treasure hunter who lives by her own code; and Lyndon Smith (“Parenthood”) as FBI Agent Ross, a dogged investigator who begins to realize there’s a greater conspiracy at hand.

A special behind-the-scenes featurette was also released on this new series: 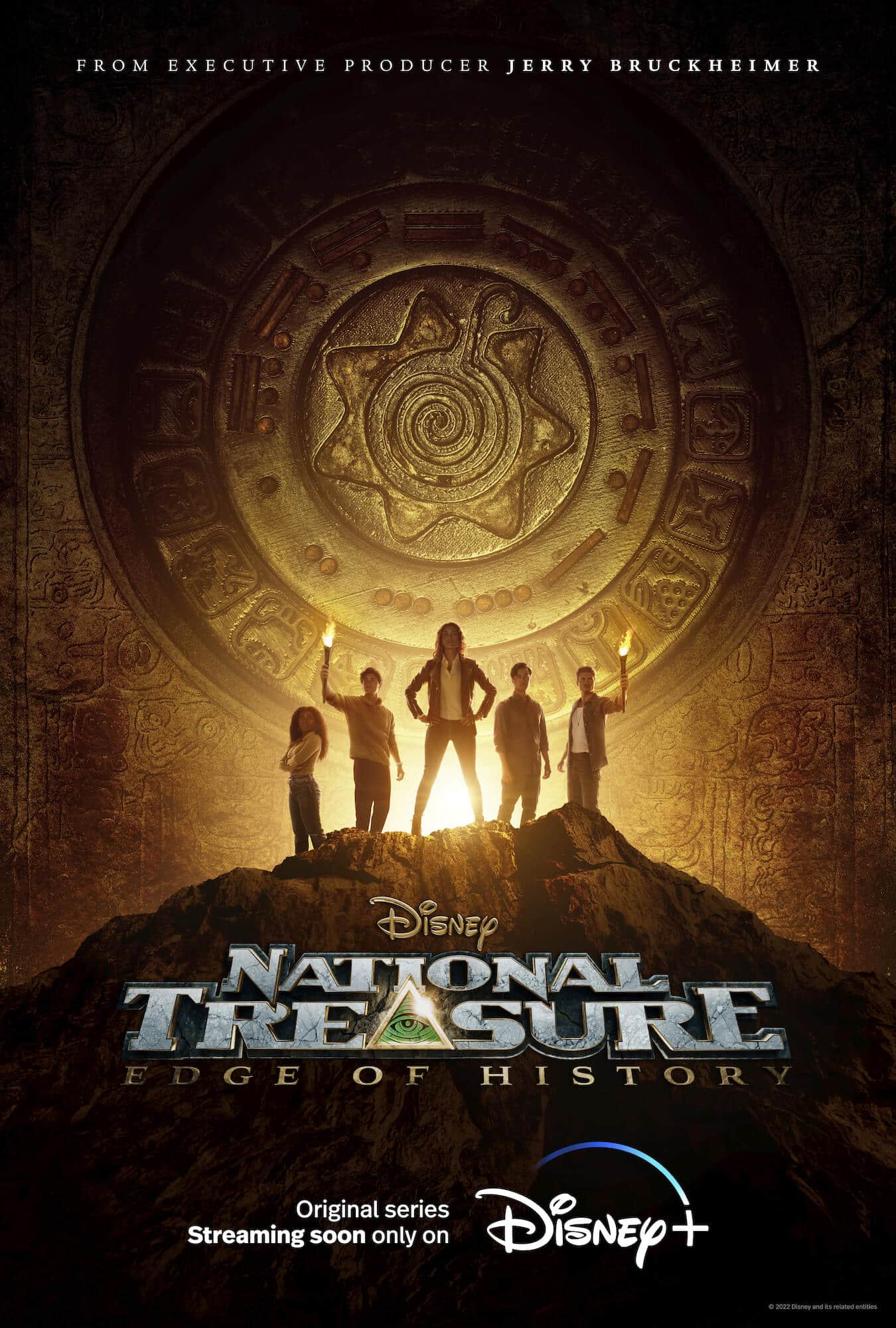 Currently no release date has been announced for when this series will arrive on Disney+, but hopefully, it won’t be too long!

Are you looking forward to watching “National Treasure: Edge of History”?

Roger has been a Disney fan since he was a kid and this interest has grown over the years. He has visited Disney Parks around the globe and has a vast collection of Disney movies and collectibles. He is the owner of What's On Disney Plus & DisKingdom. Email: Roger@WhatsOnDisneyPlus.com Twitter: Twitter.com/RogPalmerUK Facebook: Facebook.com/rogpalmeruk
View all posts
Tags: edge of history, national treasure, national treasure edge of history