Disney’s 20th Century Studios has released a new first-look image of the new original film, “Darby And The Dead”, which is coming out on December 2nd 2022 on Hulu in the United States and as a Star Original on Star+ in Latin America and on Disney+ under the Star banner in all other territories.

After suffering a near-death experience as a young girl, Darby Harper (Downs) gains the ability to see dead people. As a result, she becomes introverted and shut off from her high school peers and prefers to spend time counseling lonely spirits who have unfinished business on earth. But all that changes when Capri (Cravalho), the Queen Bee of the school’s most exclusive clique, unexpectedly dies in a freak hair straightening accident, resulting in the obvious cancellation of her upcoming “Sweet 17.”

Capri, however, pleads with Darby from the other side to intervene and convince Capri’s friends to proceed with the party as planned. In order to appease the wrath of the undead diva, Darby must emerge from her self-imposed exile and reinvent herself — which along the way allows her to find new joy back in the land of the living.

Here’s the first official image to be released from the film: 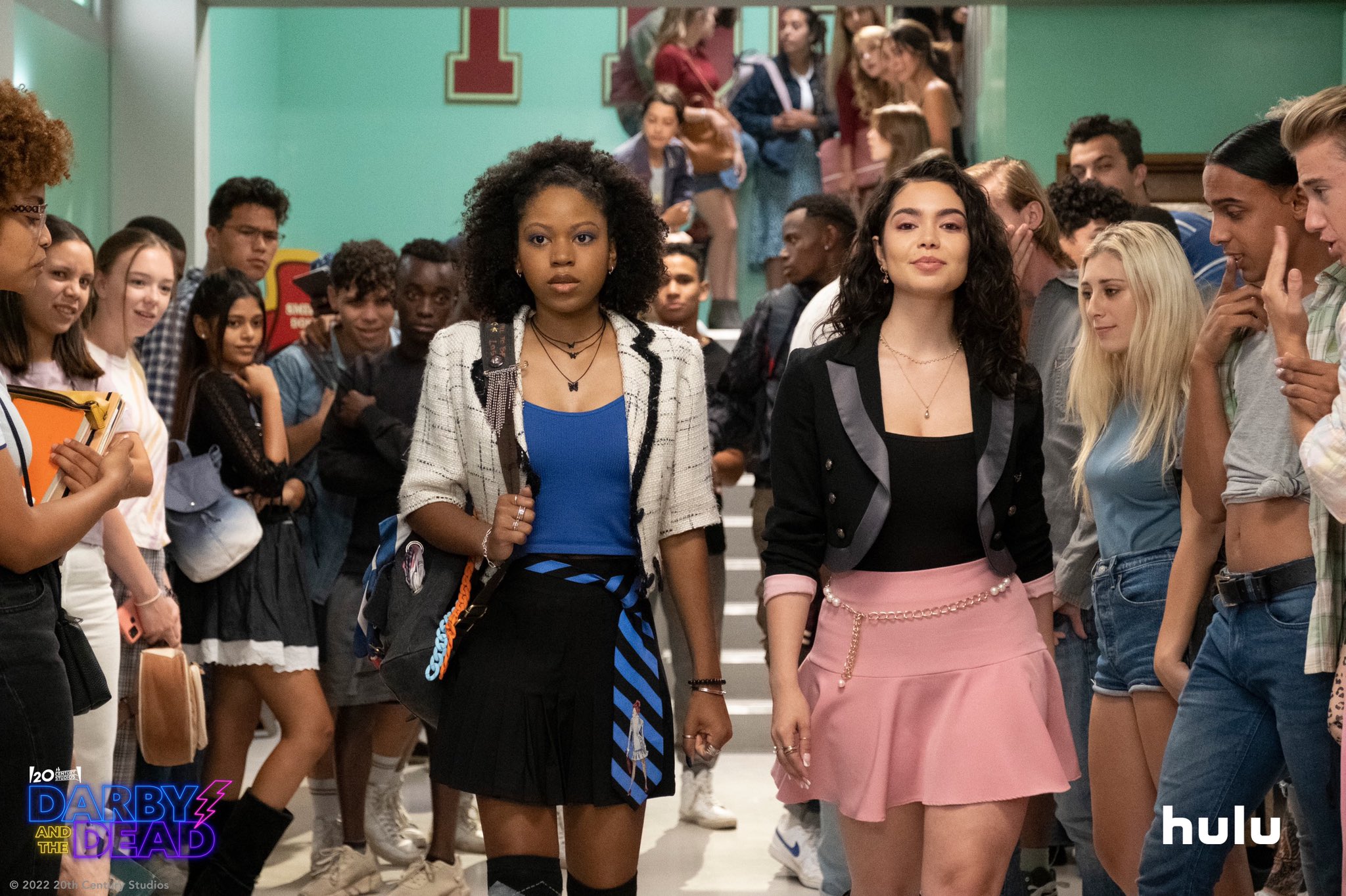 The screenplay is by Becca Greene (“Good Vibes”), based on a story by Wenonah Wilms (“Fem 101”), and the producers are Adam Saunders (“When We First Met”) and Eddie Rubin (“Blue Bayou”), with Michele Weisler (“The Kissing Booth”) and Mac Hendrickson serving as executive producers.