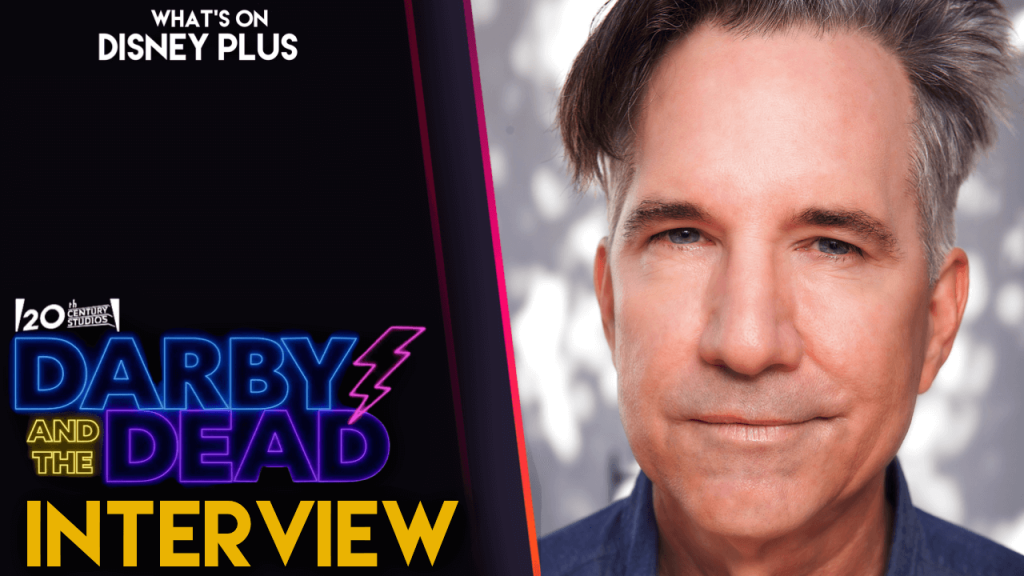 The latest 20th Century Studios film release is “Darby And The Dead”, which follows Darby Harper, who is granted the ability to see ghosts after suffering a near-death experience. The film stars Riele Downs, Auli’i Cravalho, Chosen Jacobs and Asher Angel.

Recently, I got to speak with the composer, Roger Neill, about his work on the score of the film, which is very electric and unique. Though originally supposed to be a more orchestral score, Roger worked to incorporate a mix of hybrid hip-hop and rock into the film. There is a distinct use of percussion and some found sounds throughout the teen drama that play well into the themes of the film to produce a strong score.

Roger has also been a composer on all 13 seasons of King of the Hill, in addition to working on “20th Century Women”, and Amazon’s “Mozart in the Jungle”.

Could you give us an introduction to what you have recently worked on?

So I’m a film composer and television composer. Some of the projects that I’m best known for include the Amazon series, Mozart in the Jungle, films 20th Century Women, Beginners, Marie Antoinette. Earlier in my career, the animated series, King of the Hill. I’ve been around for a while doing this stuff.

How did you get involved in creating music for films and series?

In hindsight, it seems like I was always destined to be there. I was a musician from an early age and just loved doing it. I think, as a kid musician, I just was really curious about all sorts of music and I played guitar, I played piano, I played flute in orchestras. I just loved all kinds of music and I had so many disparate tastes that I ended up never getting particularly good at anything, which is the ideal formula for being a composer.

So I started writing music and just dabbling in film when I was a student. It just kind of fell in place. Also, just having a wide range of interesting music is helpful because I can, in a pinch, I can write orchestral music or rock music or jazz music or world music or create weird hybrids of all sorts of stuff, which is always super fun and interesting and kind of necessary for being a film composer.

How did you come up with the overall feel and sound of the score for “Darby and The Dead”?

Yeah, that was a journey. It was a real journey. As often is the case, a lot of the time spent for a composer writing the score is not necessarily the music the audience hears at the end. Sometimes we’ll write the score three or four times before we finally settle on something that feels right for the film. It’s part of the exploration, and you do this exploration with the filmmakers, with the director, with the people involved. It’s always the case, and it’s always fun. It’s a fun part of it.

This movie, Darby and The Dead, that exploration took longer than normal because it’s a weird and interesting hybrid of a lot of different styles. At heart, it’s a teen comedy drama about dead people. So you have the supernatural parts too. So the trick or the task, the challenge for a composer, is to try to find the voice that seems right to tell all the stories.

And quite honestly, when I started scoring it, I went in the wrong direction. Me and the filmmakers, we kind of thought it was one kind of sound, and it wasn’t. We thought we were scoring a ghost movie. And that’s where I started with. I wrote a bunch of very colorful and really cool, magical Harry Potter-esque kind of music, and it was kick ass. But then, after we got down the road a bit, we decided, this is not the story. It was what we set out to do, but it didn’t feel right. So we doubled back and approached it more like a heartfelt teen comedy with a lot of soul. So stripped it down. I got all the orchestral stuff, made it an interesting hodgepodge of hip-hop and rock and just hybrid instruments and came up with a whole different sound. And that is a sound which is very fresh, I think, and fits this movie really, really well. It was a hard journey, Roger, but it was worth it in the long run.

How hard was it to incorporate a younger high school vibe into the film?

Was it hard? No. It wasn’t hard to try to zero in on the high school part of it. It just so happens that I have recently scored a number of stories with high school storylines or young people. For example, one movie that I did that sold me to 20th Century Studios, which is who produced Darby, is a movie I did two years ago for HBO called Unpregnant and which also takes place in a high school setting, also a comedy with a serious side of it.

So I’ve been doing that kind of thing and have a voice. And then the other thing that really made it, Darby and The Dead, that made it an extra fun challenge is this, it takes place in what appears to be an American high school somewhere, but it was shot in Cape Town, South Africa. So there’s a certain look to it of the high school and the houses and just the topography and everything, which is not America, but you don’t know where it is. So it gave us, in a sense, some license to create a new high school universe because it was just a bit unfamiliar, the way it looked. 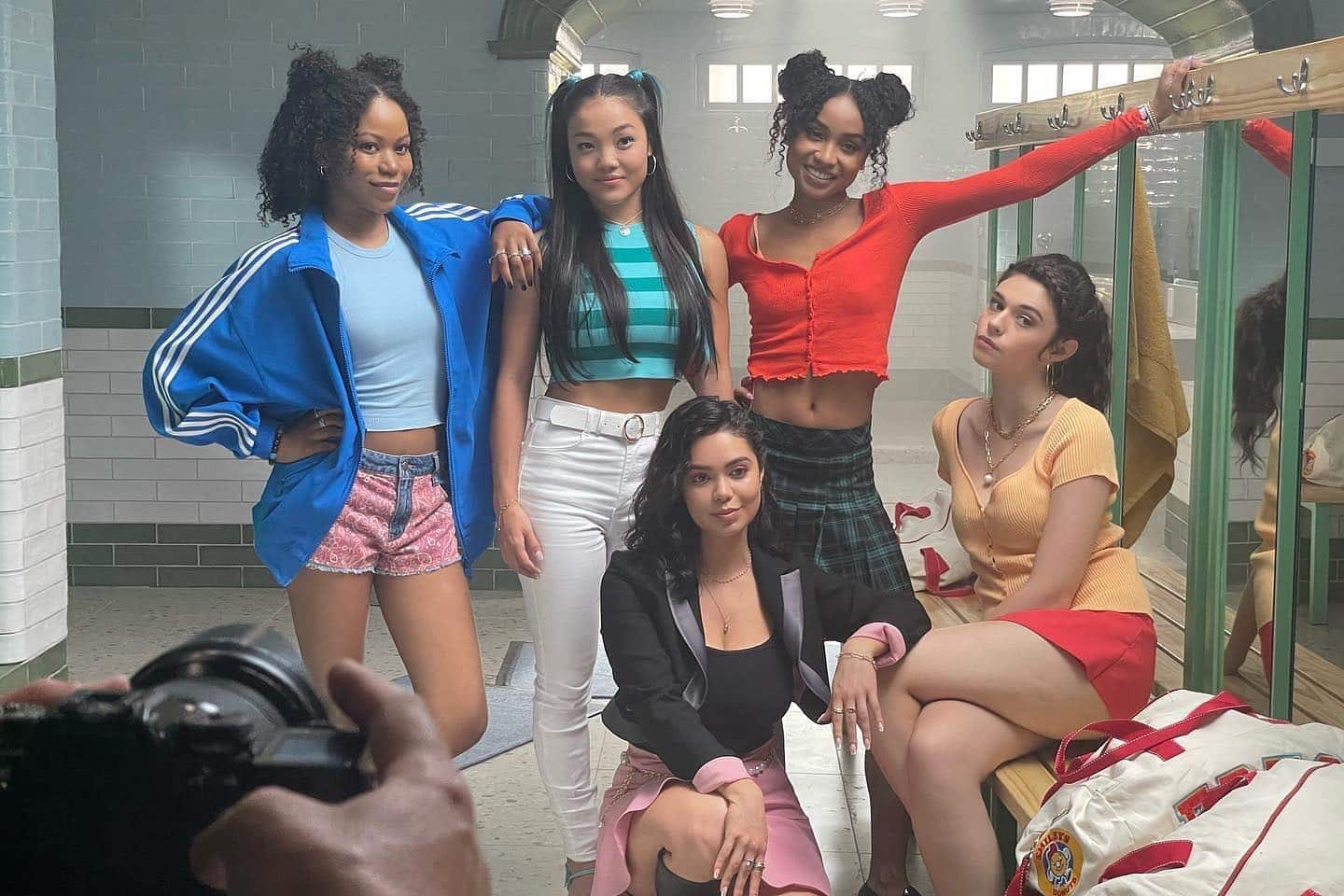 What has been the biggest challenge working on “Darby and The Dead”?

Well, as I mentioned earlier, clearly, without a doubt, the biggest challenge was changing the course of the sound of the film halfway through. It’s one of the hardest things I’ve ever done professionally. I think maybe it might be an analogous comparison, be like an actor who is approaching their character one way and then decides, “Well, that’s not the character at all. I’m going to create a totally different character with my same body and same face. I shall now somehow find a way to sell the character differently.” That was a challenge. That was hard and grueling, but it was, as I said, worth it, and I was up to the task.

What was your highlight of working on “Darby and The Dead”?

Oh, so many things. This is the second film I’ve done with the director, Silas Howard, who is a genius, and it was lovely to work with him again and help him realize his vision and like that, I think it’s always nice to be invited back. It’s like going to a party and then be invited to the next party. So I was very pleased, and we worked well together. 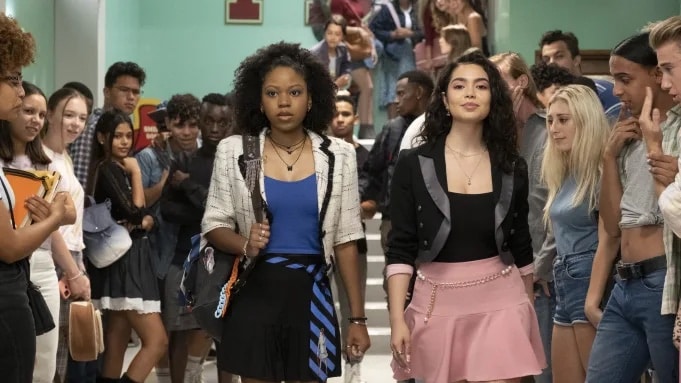 You previously mentioned you worked on “King of the Hill”. What was it like working on that series?

It was great. It was one of the first well-known professional things I did. There is some similarities in a way to Darby and The Dead because King of the Hill is an animated TV series, but the music that I wrote for 13 years, the music doesn’t treat the characters as animated. The composer’s role in this kind of animation is to bring as much humanity and emotion, and soul to the storyline. So I approached King of the Hill as if I was scoring real people who happened to be drawn, but I didn’t concern myself with that. So likewise with Darby and The Dead, we have ghosts, we have dead people who come back to life, but the way I scored music for them is as if they are real people with real problems and real issues and real emotions.

And they’re currently working on a “King of the Hill” revival. Would you like to return to work on that one?

I’d love to. I’d love to. I remain good friends with Greg Daniels, who created that show. We’ve been pals for decades, and I wish them all the best of luck we’ll see. We’ll see what happens to it and whether I’m on board or not.

Obviously, those are all part of 20th Television and 20th Century Studios, but would you like to work on any other projects on Disney?

“Darby And The Dead” is available to stream now on Hulu, and it will be coming to Disney+ internationally in early 2023.

Roger has been a Disney fan since he was a kid and this interest has grown over the years. He has visited Disney Parks around the globe and has a vast collection of Disney movies and collectibles. He is the owner of What's On Disney Plus & DisKingdom. Email: Roger@WhatsOnDisneyPlus.com Twitter: Twitter.com/RogPalmerUK Facebook: Facebook.com/rogpalmeruk
View all posts
Tags: Darby And The Dead, interview