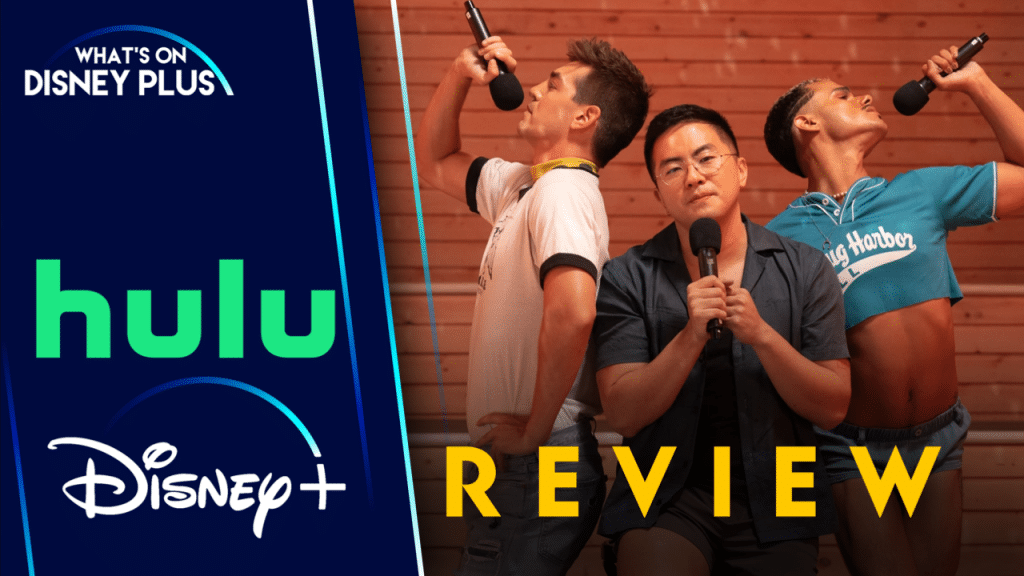 The story centres around two best friends, Noah and Howie, played by Joel Kim Booster and Bowen Yang, who set out to have a legendary summer adventure to get Howie laid with the help of cheap rosé and their cadre of eclectic friends, who love to drink and party.   This isn’t usually what you would expect from a film inspired by Jane Austen’s “Pride and Prejudice”.

Throughout the film, Noah’s main focus is trying to help his best friend move to the next level with a guy he meets on the island, while also dealing with a mini love triangle with Will and Dex, who are complete opposites to one another.  These two romantic storylines are the main focus of the film, which you get swept along with and can’t help but feel upbeat by the end of the film.

The film is completely over the top, with lots of fun escapades involving sex, drugs and lots of drink.  It’s got a lot of heart, and you can’t help but feel connected to Noah and his friends, who just come across as lots of fun to be around.  But it also doesn’t shy away from showcasing the reality of the gay dating scene, plus some of the racism and elitism that can be found within the gay community.

“Fire Island” is an excellent addition to Hulu/Disney+, especially for Pride month, as this is a modern romantic comedy that I personally thought felt fresh and different.  Having recently watched shows like “Heartstopper” and “Love, Victor”, this film felt much more grown-up and represented the adult perspective of finding a significant other.

It doesn’t hold back about some of the pitfalls of modern dating, but it doesn’t ever lose that feel-good feeling for long and delivers a fun comedy that is perfect to watch at home on the couch, maybe with a glass of wine.  I really enjoyed it, had plenty of laugh out loud moments and I would easily recommend this to anyone who enjoys rom-com.

“Fire Island” is available to watch now on Hulu in the United States and internationally on Disney+.

Roger has been a Disney fan since he was a kid and this interest has grown over the years. He has visited Disney Parks around the globe and has a vast collection of Disney movies and collectibles. He is the owner of What's On Disney Plus & DisKingdom. Email: Roger@WhatsOnDisneyPlus.com Twitter: Twitter.com/RogPalmerUK Facebook: Facebook.com/rogpalmeruk
View all posts
Tags: fire island, review