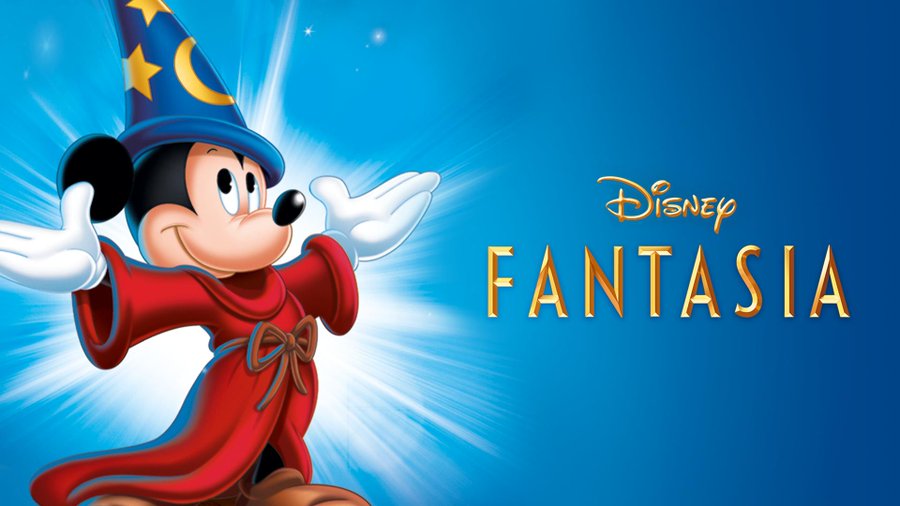 Walt Disney’s most famous creation returns to the big screen as a part of one of the most ambitious animated films of all time. “Fantasia” takes several animated short scenes and sets them to classical music.

“Fantasia” is Disney’s third animated feature length film. It wonderfully weaves in beautiful pieces of music from Bach, Tchaikovsky, Dukas, Stravinsky, Beethoven, Ponchielli, Mussorgsky, and Schubert. There are seven shorts in this film, but two truly stand out; “The Sorcerer’s Apprentice” and “Night on Bald Mountain.”

“The Sorcerer’s Apprentice” is the only one of the shorts to feature Mickey Mouse. In the short, Mickey is the titular sorcerer’s apprentice who attempts some of his master’s magic but can’t control it. The animation lines up beautifully with the music to tell a magnificent story. Plus, Sorcerer Mickey is one of the more iconic versions of Mickey Mouse. It’s something still used in advertisements 80 years later.

But, the short I enjoyed most on this viewing was “Night on Bald Mountain.” Chernobog makes a fantastic villain summoning evil spirits and restless souls until they are driven back. The animation is beautifully drawn. The musical piece is wonderfully constructed. And, they align perfectly to tell a magnificent story.

Any mention of older Disney would be remiss without discussing some of the controversial elements. The centaur scene that was in the original release has been dubbed racist. I never made it that far into the film to see the scene on my previous viewing. And, the version available on Disney Plus has been edited to remove the controversial element. The centaur piece is still there, but I saw nothing controversial when I watched it. I know the film was re-edited in 1969. That is the version that must be on Disney Plus. Several early Disney films have disclaimers warning about scenes that were considered all right in their time but may be considered politically incorrect today. After researching the centaur scene, I’m glad this is the updated version. I don’t think the disclaimer works for the short. It goes far beyond just political incorrectness. It needed to be removed.

This is only the second time in my life that I’ve tried to watch “Fantasia.” The first was with my brother and sister-in-law when I was 6-years-old. I begged them to watch it but quickly became bored and fell asleep. I was excited at the thought of a Mickey Mouse movie. But, the lack of dialogue and the fact Mickey doesn’t show up until the third short left me uninterested. Nearly 30 years later, I don’t need the dialogue. I’m able to appreciate the story through animation and music. Simply put, I stayed awake this time. However, outside of the two big pieces, the others are nothing more than fine. The animation is still beautiful. The music is still beautiful. But, the shorts just don’t hit with me the way “The Sorcerer’s Apprentice” and “Night on Bald Mountain” do. Overall, I enjoyed myself, but this is not one of the older Disney films I will be coming back to a lot.

What did you think of “Fantasia?”

Jeremy has been a big Disney fan since he was a kid growing up during the Disney Renaissance. One day he hopes to go to every Disney Park in the world.
View all posts
Tags: disney, fantasia, review