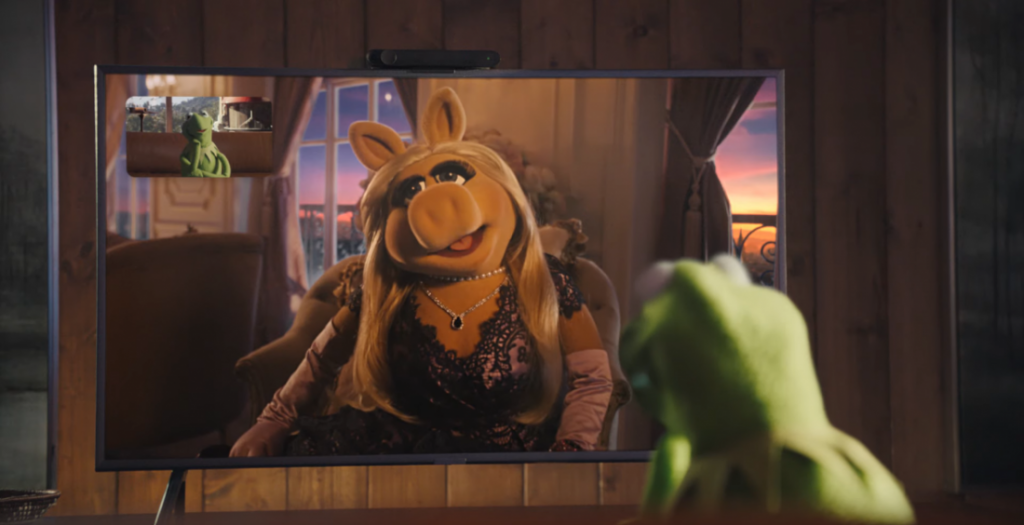 While Disney+ wasn’t included in the announced, Disney+ could be eventually added to the device and one of the main commercials for the new Portals features Disney’s The Muppets.

So Disney and Facebook are obviously working together on this project, so it wouldn’t be too much of a stretch to see Disney+ on these devices. Facebook’s VP of consumer hardware, Andrew Bosworth told the Wall Street Journal that Netflix and Disney+ could always sign on later.

It’s main function is for video-calling and the new, redesigned Portal and all-new Portal Mini feature a sleek picture frame design to fit seamlessly into any home. Portal Mini has an 8-inch HD display and Portal has larger 10-inch HD display for video calls, displaying photos and watching videos in either portrait or landscape orientations. An adaptive display adjusts brightness and color to your surroundings so that video calls as well as photos and videos on Superframe look natural. Both Portal and Portal Mini also have a powerful built-in speaker that is great for listening to music when you are not on a call.

Portal TV brings smart video-calling to the largest screen in your home. It sits discreetly on top of or below your television for immersive video calling, giving you the freedom to move around during calls and still be seen and heard.  Also with the Portal’s Superframe models, you can display your favorite photos and videos.

These new Portal devices will be available US, Canada, UK, France, Italy, Spain, Australia and New Zealand. Portal is now available to pre-order in the US, Canada and Europe from portal.facebook.com and select retail locations. Portal and Portal Mini begin shipping October 15th and Portal TV begins shipping November 5. Portal Mini is $129 USD, Portal is $179 USD and Portal TV is $149 USD or bundle any two Portal devices for $50 off.

Again, its worth pointing out that Disney+ wasn’t in the list of confirmed apps coming to these new Facebook Portal devices, but the use of the Muppets for an advertising campaign did seem to imply Disney are involved.

Roger has been a Disney fan since he was a kid and this interest has grown over the years. He has visited Disney Parks around the globe and has a vast collection of Disney movies and collectibles. He is the owner of What's On Disney Plus & DisKingdom. Email: Roger@WhatsOnDisneyPlus.com Twitter: Twitter.com/RogPalmerUK Facebook: Facebook.com/rogpalmeruk
View all posts
Tags: facebook, portal