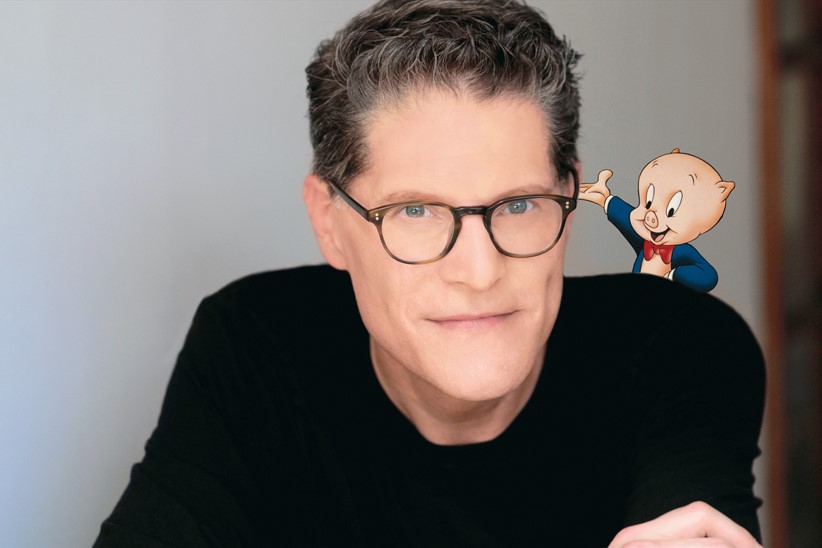 If you’re like me, then you have been taking in every minute of Star Wars: The Bad Batch each week on Disney Plus! As The Bad Batch gets close to wrapping up its first season, I reached out to Bob Bergen, a legendary voice actor and the voice of Lama Su in The Bad Batch! Along the way, we got to chat about his work on Looney Tunes, advice for new voice actors, and how COVID-19 affected the production of The Bad Batch. Keep reading for an EXCLUSIVE interview with Bob Bergen!

CORBAN: What was your first experience working with Lucasfilm, and how did you get involved with Star Wars: The Bad Batch?

BOB BERGEN: I first voiced Luke Skywalker with the then LucasArts for games.  I voiced Lama Su (I think) for the first time in Clone Wars.  But I have been fortunate to have been a part of voicing many Star Wars related projects over the years, including Robot Chicken, which was one of my favorites!

CORBAN: Your voice acting for Star Wars is amazing (as always), and it must have been a great feeling to carry on the legacy of Luke Skywalker! As we look forward to what’s next for Star Wars, Season 1 of The Bad Batch draws closer to its end. What can fans expect from the story and especially from Lama Su?

CORBAN: Season 1 of The Bad Batch has gotten me very excited for the future of Star Wars in animation, so I just had to ask! Thinking about the production of Season 1, it’s no question that COVID-19 has affected almost all areas of the film and TV industry. What did the VO (voice-over) experience look like during the pandemic, and how did working on The Bad Batch compare to the production of previous animated shows like The Clone Wars?

BOB BERGEN: Voiceover is the only acting genre that kept on keeping on with COVID.  Theater and live-action film and TV were completely shut down.  For cartoons, the voices are recorded first, then they animate to the vocal performances.  Those of us who voice cartoons rarely (if ever) worked from our home studios.  We’ve been auditioning from home for years.  But for work we go to the studios like Disney or Warner Bros.

With Covid we all had to do some major home studio upgrades.  Within the first 10 days of the lockdown, my home studio was upgraded to broadcast quality.  From that point on, it has been business as usual.  For The Bad Batch, we have had a few sessions with the whole cast together on a Zoom directed session.  I love this, as acting is reacting.  Having my fellow cast members to react to is gold.  For other sessions I recorded solo.  The process for this show is very similar to Clone Wars.  What I can tell you is since Lama Su is not in every episode, I can enjoy the show like everyone else.  I don’t know what’s coming!  It’s fun!!

CORBAN: I am looking forward to what’s next for Lama Su and the rest of The Bad Batch in the next few weeks, but it’s also fitting to look back on your great history within the VO world. One of my favorite examples of your VO work is from the animated classic Space Jam, and I noticed that you also have a role in the recent sequel, Space Jam: A New Legacy. How has it felt to voice such iconic Looney Tunes characters over the years, and how hard is it to “get into character” for a VO role?

BOB BERGEN: This is my 31st year voicing for Looney Tunes.  I still to this day get as giddy recording these characters as I did that first session.  I am more comfortable in Porky’s skin than my own.  Getting into character is a breeze for those of us who do this a lot.  Oftentimes with TV animation we have to do 2 or more characters per episode, often having a 2 or 3-way conversation with ourselves.  Once you master this, it is not difficult.  It’s actually creatively euphoric.  But like all artists, from musicians to painters, getting into what you excel at is your happy place.  You wake up daily looking forward to getting into it. 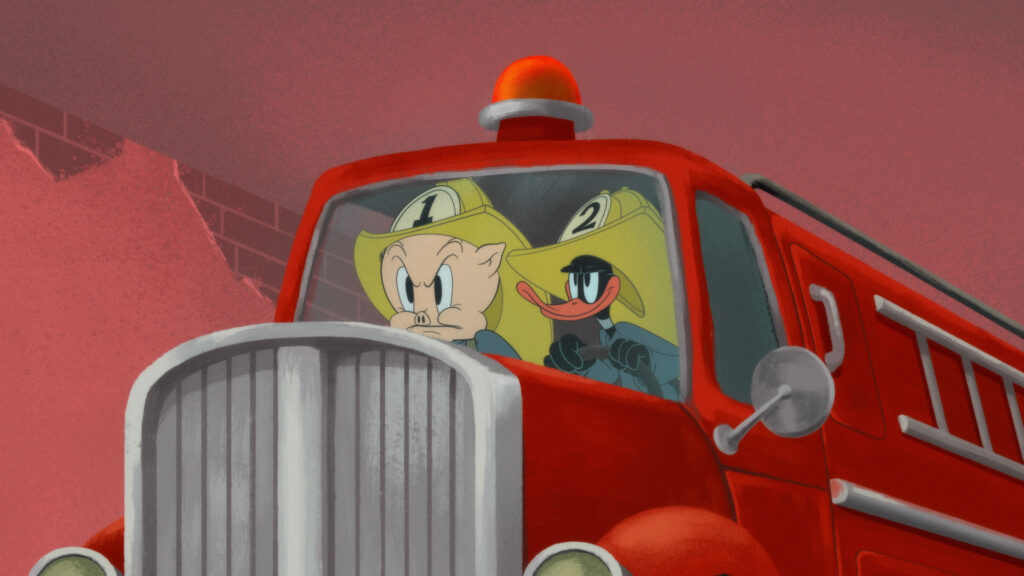 CORBAN: That’s awesome! What have been some of your favorite VO roles so far?

BOB BERGEN: Certainly Porky Pig.  Many of my favorite roles may not have been well known or mainstream.  I loved playing Bucky the Squirrel in The Emperor’s New Groove.  Lupin the 3rd was so well written.  No Face in Spirited Away was fun.  And I love Lama Su.  He is so cold and calculating.  Every time I try to give him a little more “oomph” in personality, I am directed to pull him back.  You never know exactly what he is thinking.  (I include myself in that…which I love!!)

I’ve voiced toys or one-off characters in cartoons that were creatively a lot of fun.  And some of the most fun and creative work has been doing vocal effects for movies.  Often you will see “additional voices” in the end credits.  I’ve voiced things like Mike Meyers’ breathing through the hockey mask in one of the Halloween films.  I voiced vampires dying in Fright Night 2.  I voiced some man-eating book in Army of Darkness.  I rarely watch my own work.  My joy is in the doing, not the viewing.  So I remember the fun in creating.  But I rarely know much about the content after I record.

CORBAN: I had no idea you were even involved in some of those films and shows (or that voice actors were even needed for movies like Halloween)! As we look back on your amazing career so far, what would you say to others looking to follow in your footsteps?

BOB BERGEN: How hard is it to get into the business of voicing cartoons?  About as hard as it is to star on Broadway, or a hit sitcom, movie, etc.  They hold auditions every day, but the cream floats to the top.  If someone wants to get into voicing cartoons, they should start with studying acting and improv.  Learn technique.  Become a great actor.  Then study voiceover.  Cartoons are almost 95% union, so you need to be a member of SAG-AFTRA.  And you need a top agent.  There are less than 20 out there who represent the majority of working cartoon VO actors.

Just to give some perspective, I spent 4 years studying voiceover with every coach Los Angeles had to offer. I spent 2 years at an acting conservatory and 3 years studying improv. It was only after all of this that I knew I was demo ready and able to secure my first agent.  It then took another 5 years of hit-or-miss auditioning before I was able to quit my survival jobs and work as a full-time actor.  So, from first class to working actor was a 9-year journey.  But I was obsessed.

If all of this sounds daunting or unachievable, do something else.  You have to love acting.  You have to have a drive and passion.  You have to get a high at the mic.  It is not about doing funny voices.  It’s about creating original and layered characters.  And it’s called voice “acting” for a reason. 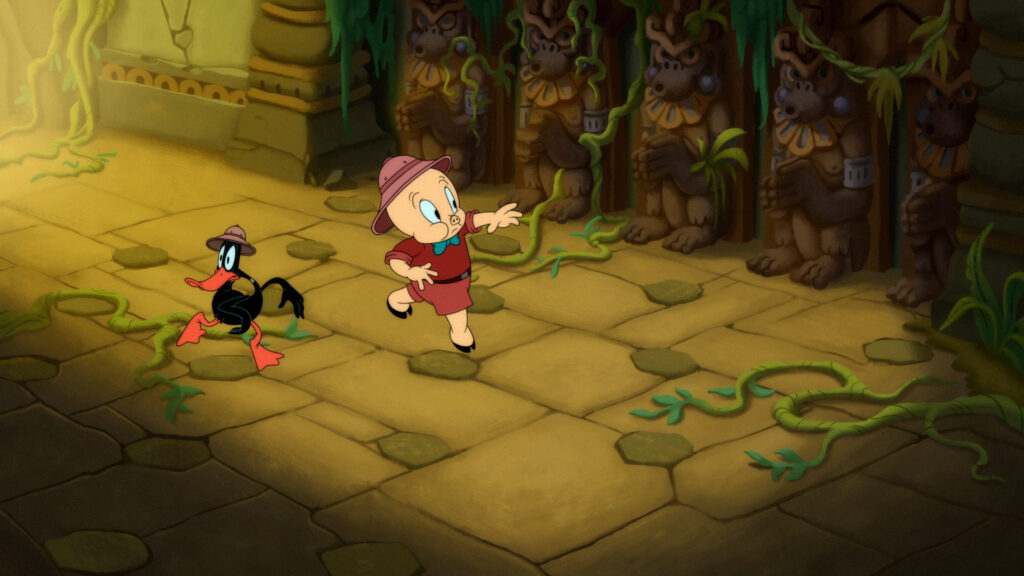 CORBAN: That is some great advice, as the acting world can often be extremely difficult yet extremely rewarding. Do you have any future projects in the works, and where can our readers find you?

BOB BERGEN: I play a character named Mr. Peabody in a new Netflix show called Ridley Jones which debuts today (July 13).  Due to NDAs, I cannot discuss much more, but I just started working on a new show for DreamWorks, and 2 new Looney Tunes projects.  Bottom line, I’m busy.  No complaints!

CORBAN: I’ll have to check out your work on Ridley Jones, and I cannot wait to see Space Jam 2 and your other upcoming projects! Thanks so much for sitting down to chat today – it has been great to hear a little piece of your story!

And, to the reader, you can watch Star Wars: The Bad Batch now on Disney Plus.

Corban has been a lifelong fan of The Walt Disney Company. Disney music is often the soundtrack of his life, and he loves listening to a new film score. In between reruns of The Mandalorian, you can often find him planning his next trip to the Disney Parks or rewatching classic Disney TV shows.
View all posts