Every Disney+ Original Coming In December 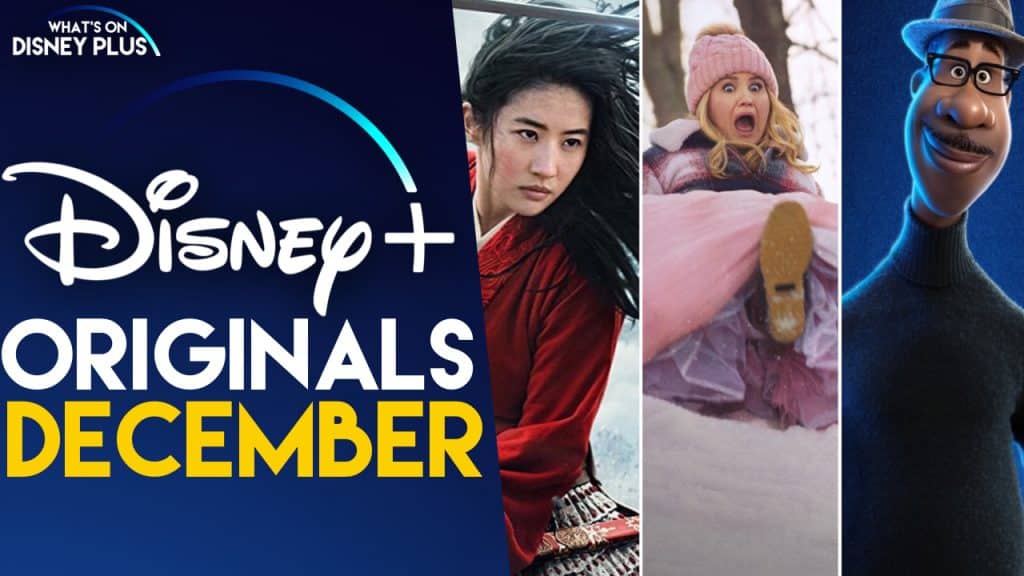 Every Disney+ Original Coming In December

If you are looking for some brand new content to watch on Disney+ in December, here’s a quick look at every Disney+ Original coming.   December is going to be a packed month with 3 brand new original movies plus more episodes from the second season of the smash-hit series, Star Wars: The Mandalorian.

These Disney+ Originals will be available in all countries Disney+ is running in.

Soul is coming to Disney+ on Christmas Day

New episodes will arrive on Disney+ on Friday 4th, 11th and 18th December

Available to all subscribers on Friday 4th December.

Godmothered is coming to Disney+ on Friday 4th December

Safety is coming to Disney+ on Friday 11th December.

All 6 episodes will arrive on Disney+ on Friday, December 18th

A young rabbit embarks on a journey to dig the burrow of her dreams, despite not having a clue what she’s doing. Rather than reveal to her neighbors her imperfections, she digs herself deeper and deeper into trouble. After hitting (bed)rock bottom, she learns there is no shame in asking for help.

This Pixar SparkShort will be coming to Disney+ on Christmas Day

The Wonderful World of Mickey Mouse

Two new episodes will be dropping on Friday 4th, 11th and 18th December

Beyond the Clouds takes an exclusive look inside the production and inspiration behind the Disney+ original movie. The short-form docuseries can be found under extras for Clouds.

New episodes will be released each Friday throughout December

What Disney+ Original are you looking forward to seeing in December?

Roger has been a Disney fan since he was a kid and this interest has grown over the years. He has visited Disney Parks around the globe and has a vast collection of Disney movies and collectibles. He is the owner of What's On Disney Plus & DisKingdom. Email: Roger@WhatsOnDisneyPlus.com Twitter: Twitter.com/RogPalmerUK Facebook: Facebook.com/rogpalmeruk
View all posts
Tags: december, disney