Today Disney+ has added a new feature to classic seasons of “The Simpsons”, allowing viewers to watch episodes in their original ratio.

This 4:3 option is available for the first 19 seasons, along with part of season 20.  You will find the option to toggle ratio of these episodes in the detail section of the show.

When Disney+ launched in November, many fans weren’t happy with the aspect ratio of the early seasons of “The Simpsons”, because of the way it was cutting out some of the visual gags in the show.  Disney said they would be fixing the issue, but it has taken over 6 months to do.

Here is an example of how the cropping can remove a joke: 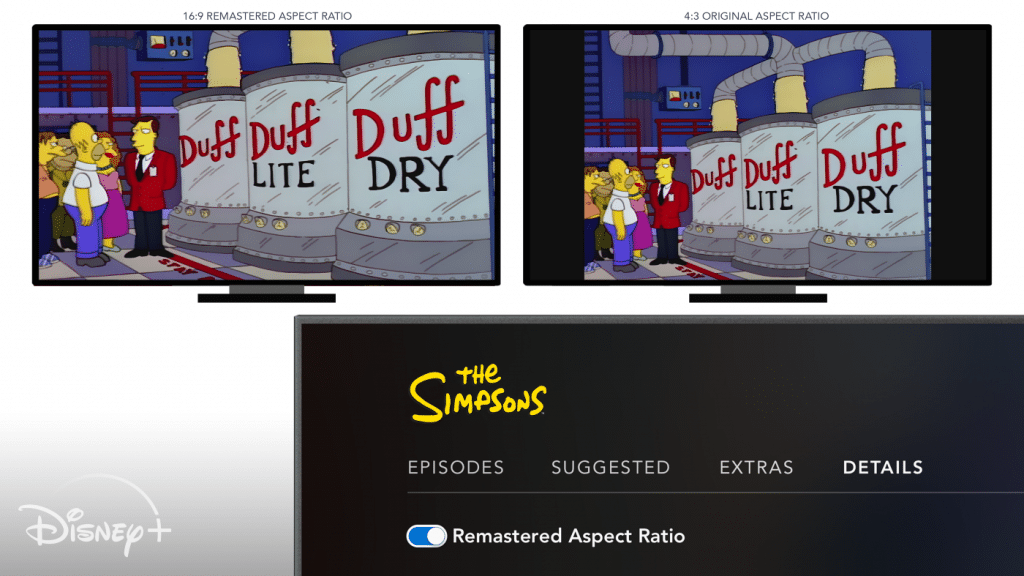 Later seasons don’t have this option as they were made in the 16:9 ratio, which fits modern TV’s.

You may need to update your Disney+ app to get the new option.

Are you going to watch “The Simpsons” in the new original ratio on Disney+?