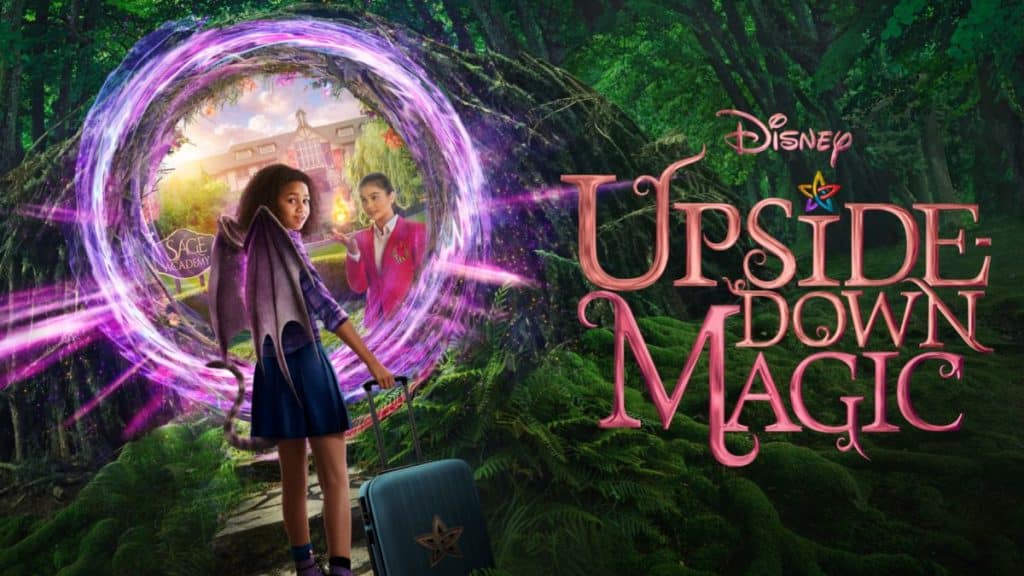 Disney has announced that it will be releasing the Disney Channel Original Movie “Upside-Down Magic” will be coming to Disney+ in the United States on Friday 5th February.  The film has previously been available on Disney+ in some regions including Australia and the UK.

Based on the New York Times bestselling children’s book of the same name, this movie stars newcomer Izabela Rose (“Amazing Stories”) and Siena Agudong (“No Good Nick”) as two best friends, Nory and Reina, as they begin their journey at the Sage Academy for Magical Studies. Vicki Lewis (“Newsradio”), Kyle Howard (“My Boys”), Max Torina (“Raven’s Home”), Elie Samouhi (“Bizaardvark”) and Alison Fernandez (“Once Upon a Time”) also star in this unique fantasy movie.

The film was released on the Disney Channel in July 2020.

Are you looking forward to watching “Upside-Down Magic” on Disney+?