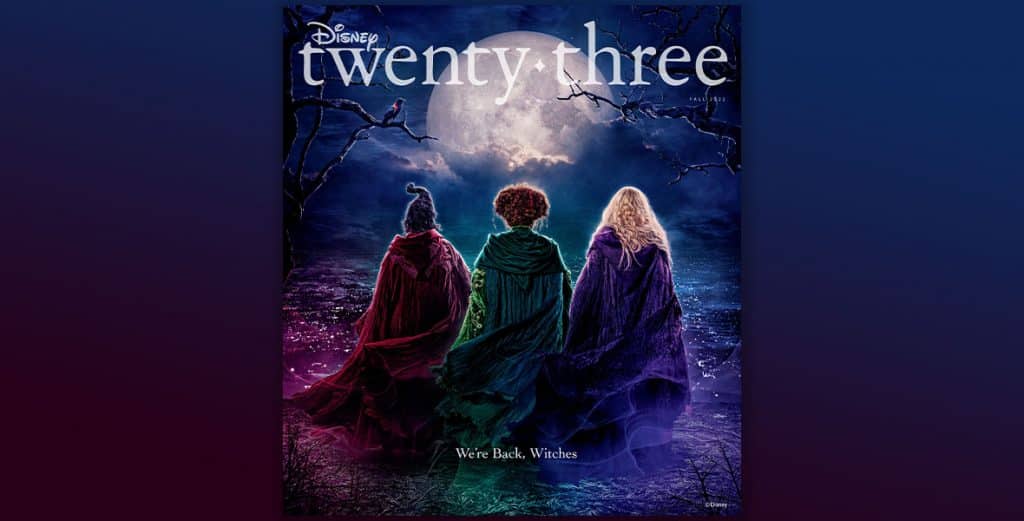 Disney has announced that there will be some previews of upcoming Disney+ titles in the next issue of the Disney Twenty-Three magazine, including “Hocus Pocus 2”, “Andor” and “Limitless”.

After Hocus Pocus arrived in theaters in the summer of 1993, the film developed a massive following, and in the ensuing years, its stars would sometimes hint to eager fans that a sequel was a possibility. That possibility has become a reality with Hocus Pocus 2 debuting on Disney+ September 30th, and no one is more excited than the film’s original trio of spirited sorceresses: Bette Midler, Sarah Jessica Parker, and Kathy Najimy. “Kathy, especially, acted as the keeper of the Black Flame Candle, forgive my pun,” Midler says when speaking exclusively to Disney twenty-three. “She was adamant about what the fans would and wouldn’t accept, and we sort of followed her lead.” The stars and creative team break down the magic in store for viewers this fall, and the spellbinding cover was created exclusively for the publication.

The magic of Pinocchio has enchanted audiences since the animated film’s debut in 1940. Director Robert Zemeckis and stars Joseph Gordon-Levitt and Keegan-Michael Key discuss creating the dazzling, new live-action imagining of the film, which also stars Tom Hanks as Geppetto and arrives September 8 on Disney+. Diego Luna talks about reprising his role as Cassian Andor from Rogue One: A Star Wars Story in the new Disney+ series Andor. She-Hulk: Attorney at Law star Tatiana Maslany reveals what it took to get green for her hilarious new Marvel Studios series coming to Disney+. And Larry the Cable Guy takes readers on a cross-country trip, unveiling the freewheeling adventures in store for Mater and Lightning McQueen (Owen Wilson) in Pixar’s new series for Disney+, Cars on the Road.

Plus, Chris Hemsworth’s Thor-like stamina is put to the test in the new Disney+ series from National Geographic, Limitless with Chris Hemsworth, which explores human endurance and longevity. And the unofficial “Queen of Disney+”—Yvette Nicole Brown—takes us on a ride through her Disney favorites in a story shot by our photo editor, Derek Lee, at Disneyland Park for Disney twenty-three. 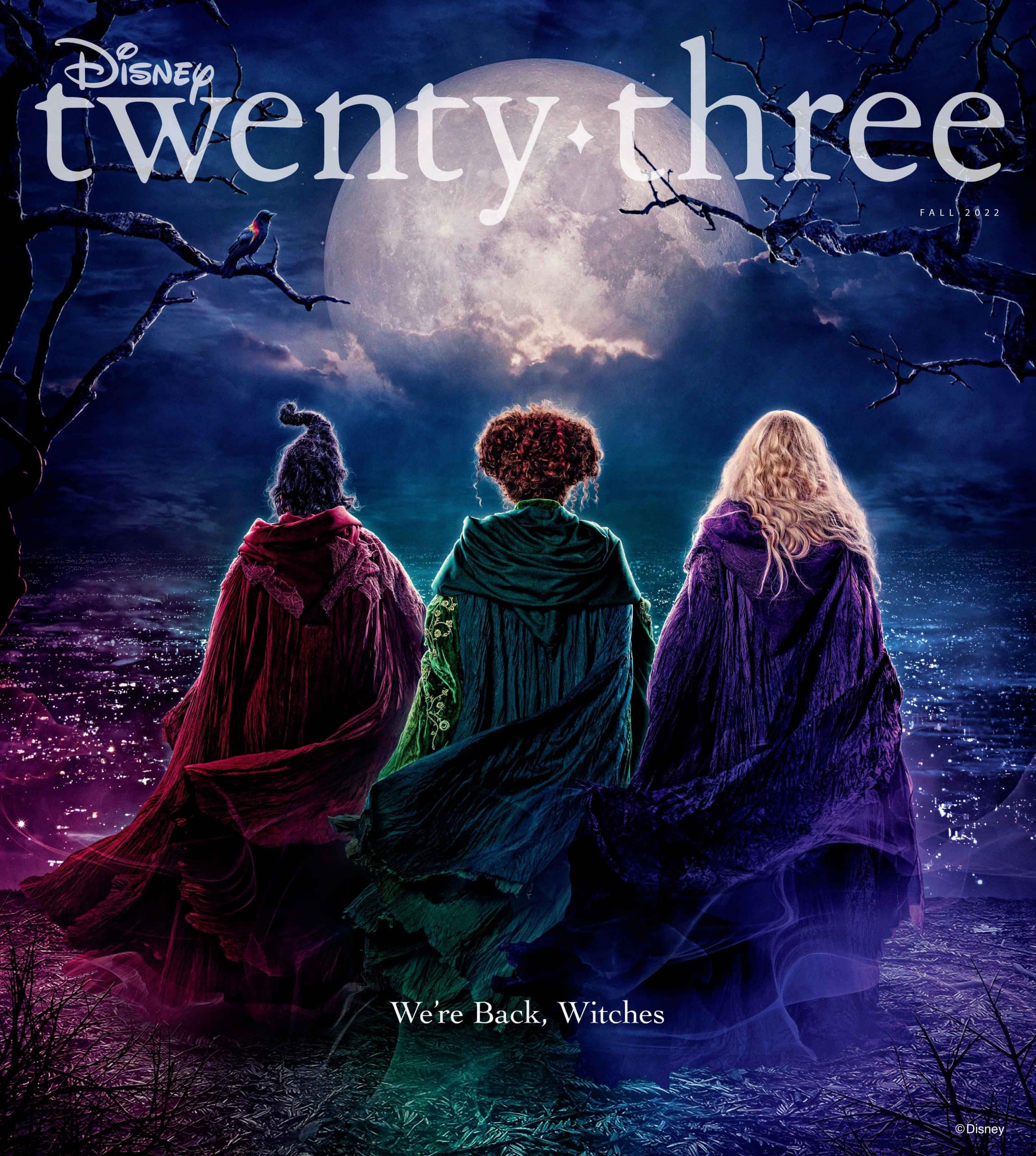 Also in the Fall 2022 issue of Disney twenty-three:

Disney twenty-three is delivered directly to fans’ doorsteps and is offered exclusively to D23 Gold Members as a benefit of their membership. The latest issue will begin arriving before the end of August. 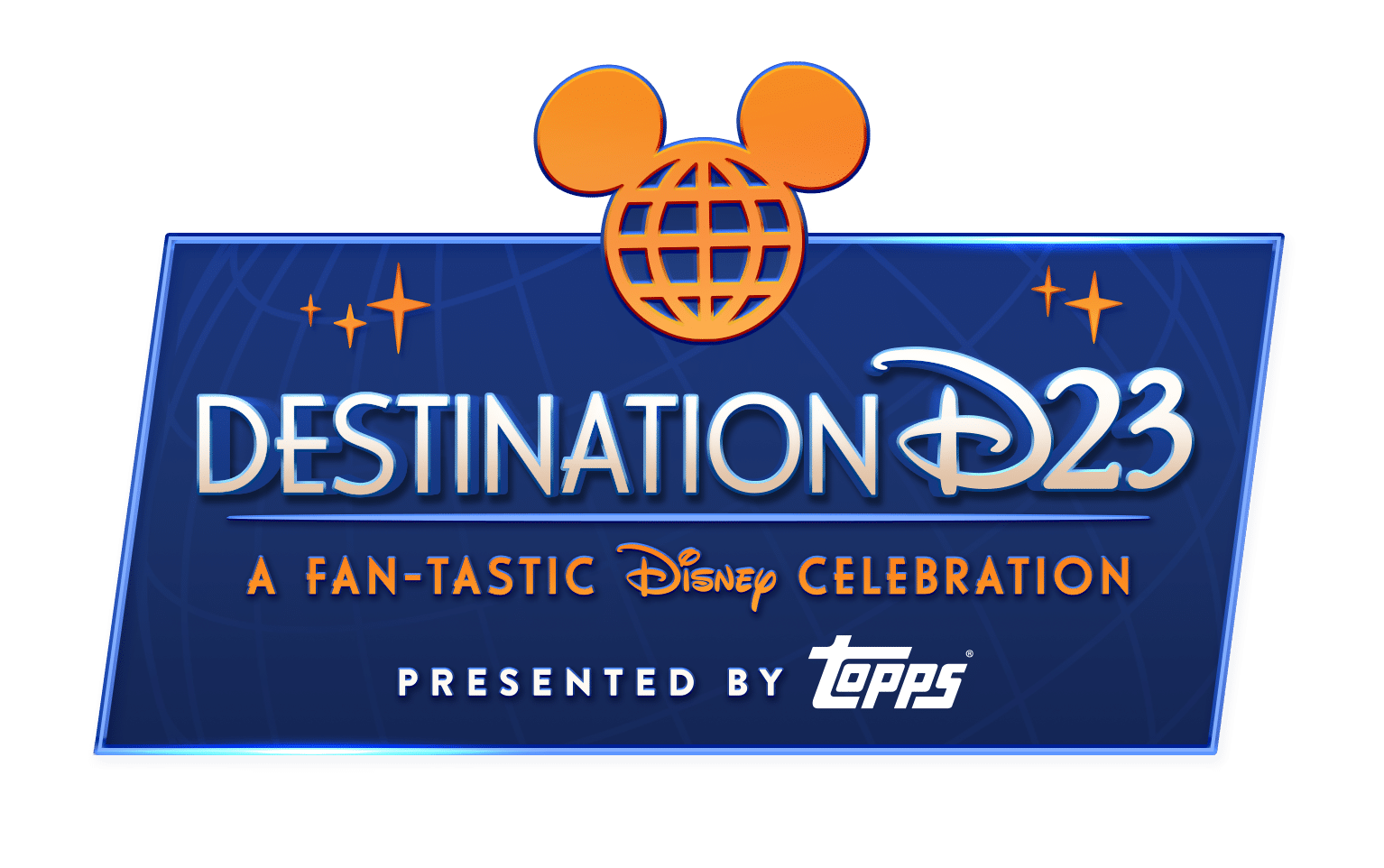 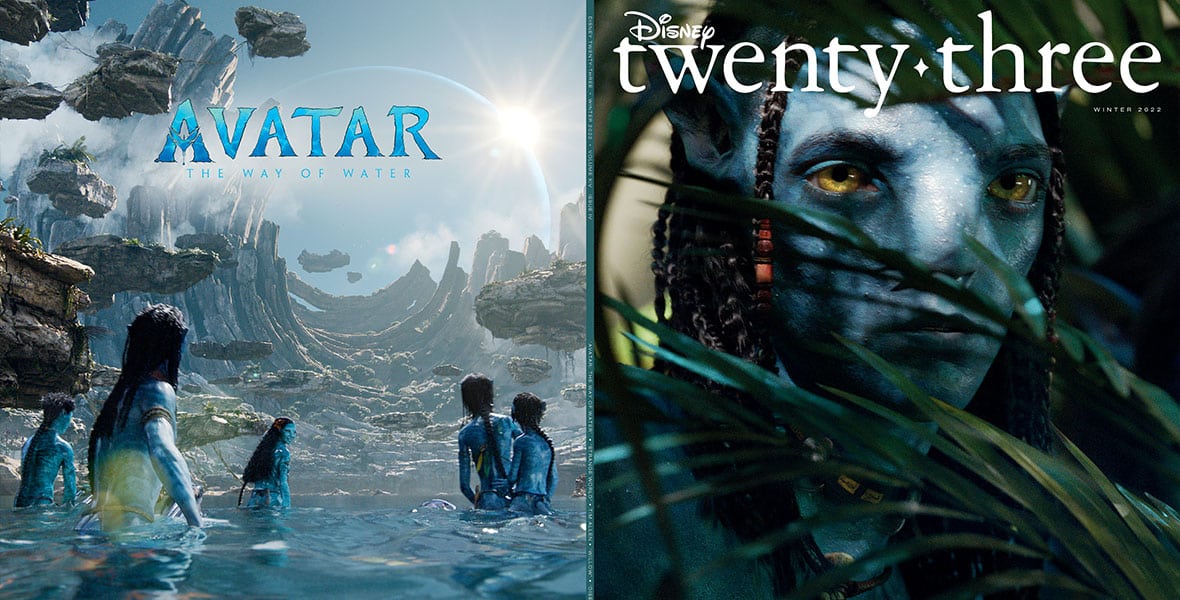