A new report by research firm, Sensor Tower has revealed that Disney+ has been downloaded over 30 million times in the US in the fourth quarter.

During the fourth quarter, they estimate the Disney+ app grossed more than $50 million, outpacing established subscription services like HBO Now and Showtime.

This data only takes into account from the App Store and Google Play, so the number would be higher as it doesn’t include subscriptions from Roku, Android, PS4, Amazon, Xbox or PC users.

Disney+ accounted for 34% of the streaming market on Apple and Google devices, even exceeding the total downloads for the whole of the year of Hulu and Amazon Prime Video.

Here is a look at the charts showing the Disney+ successful launch: 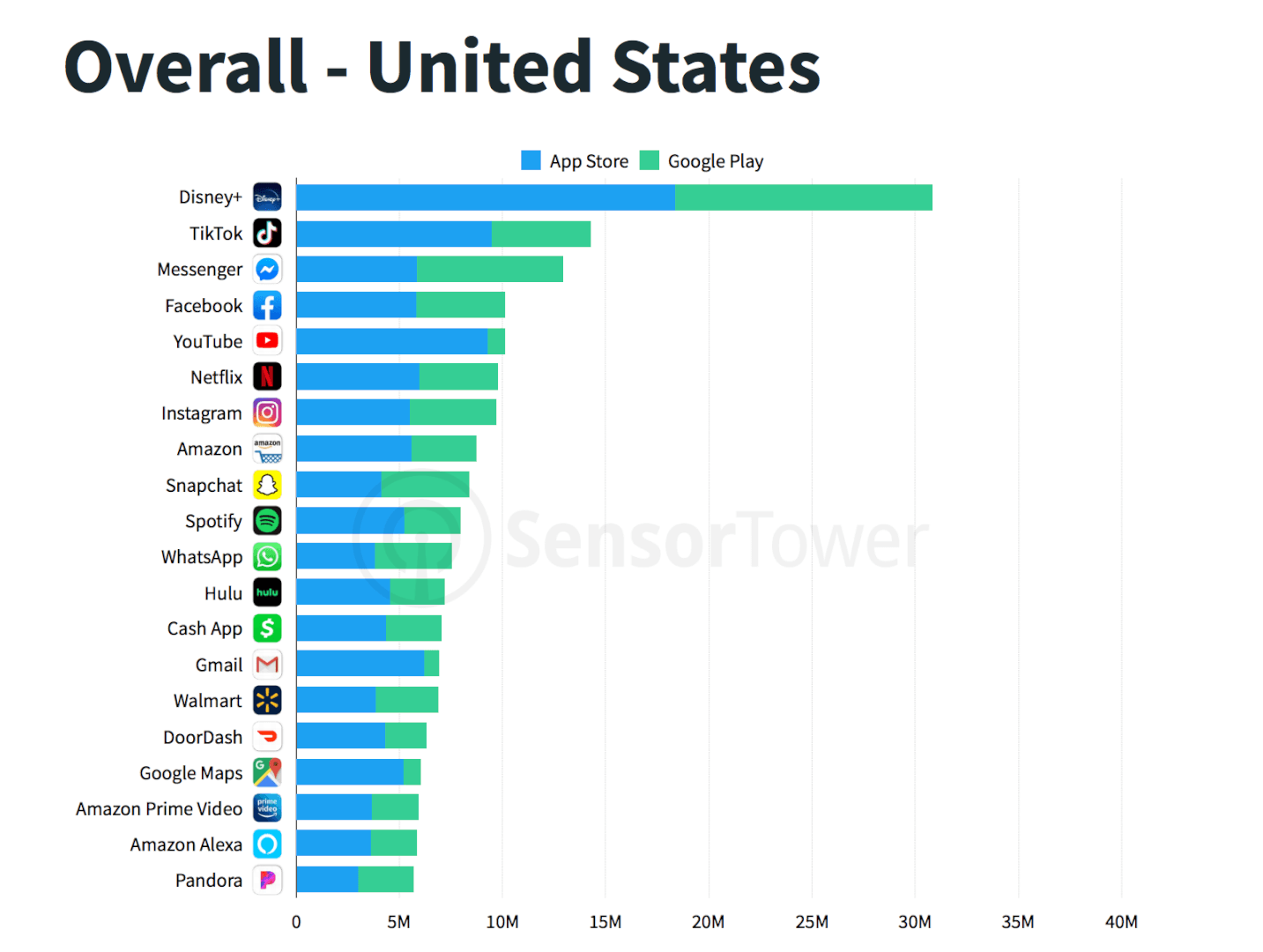 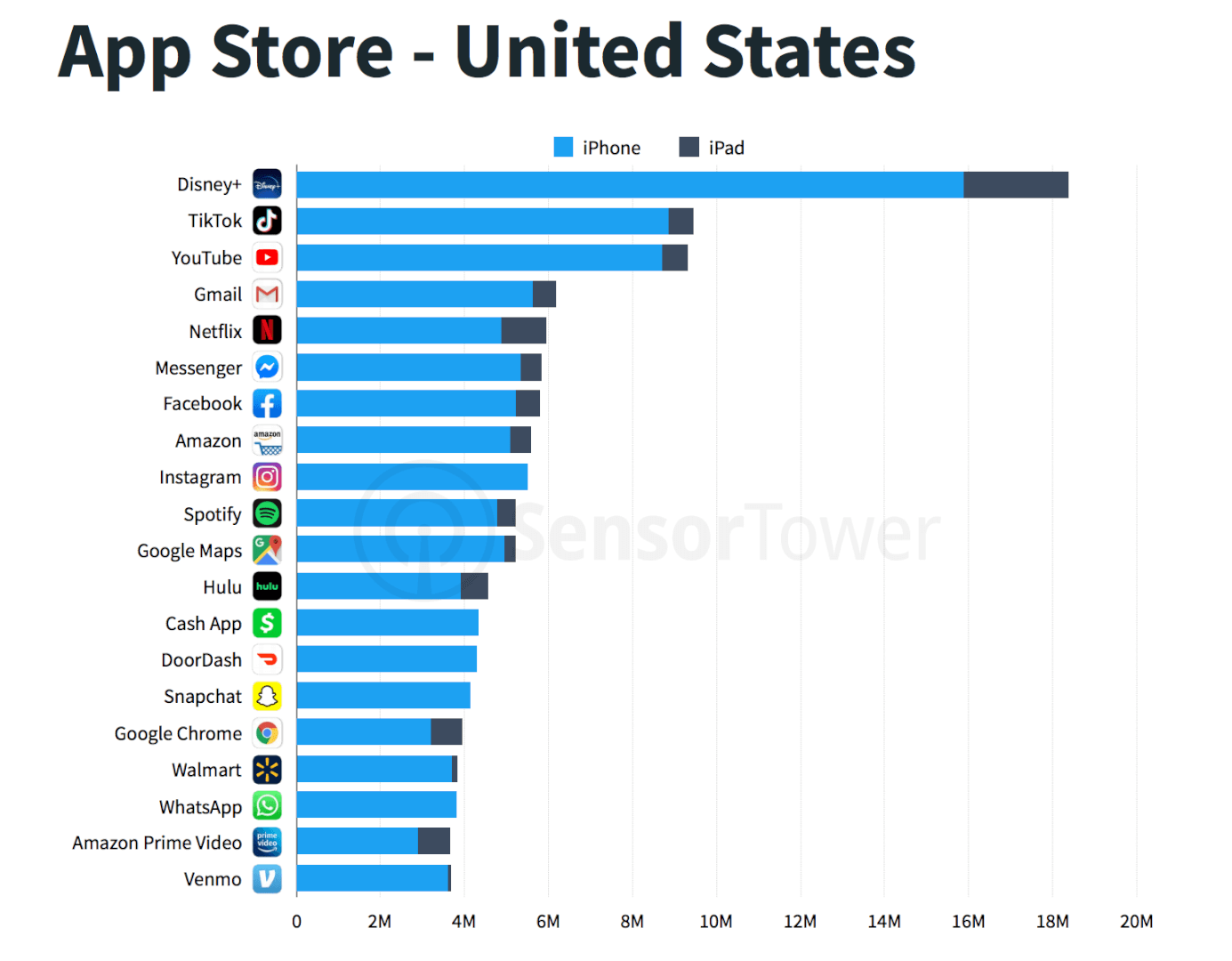 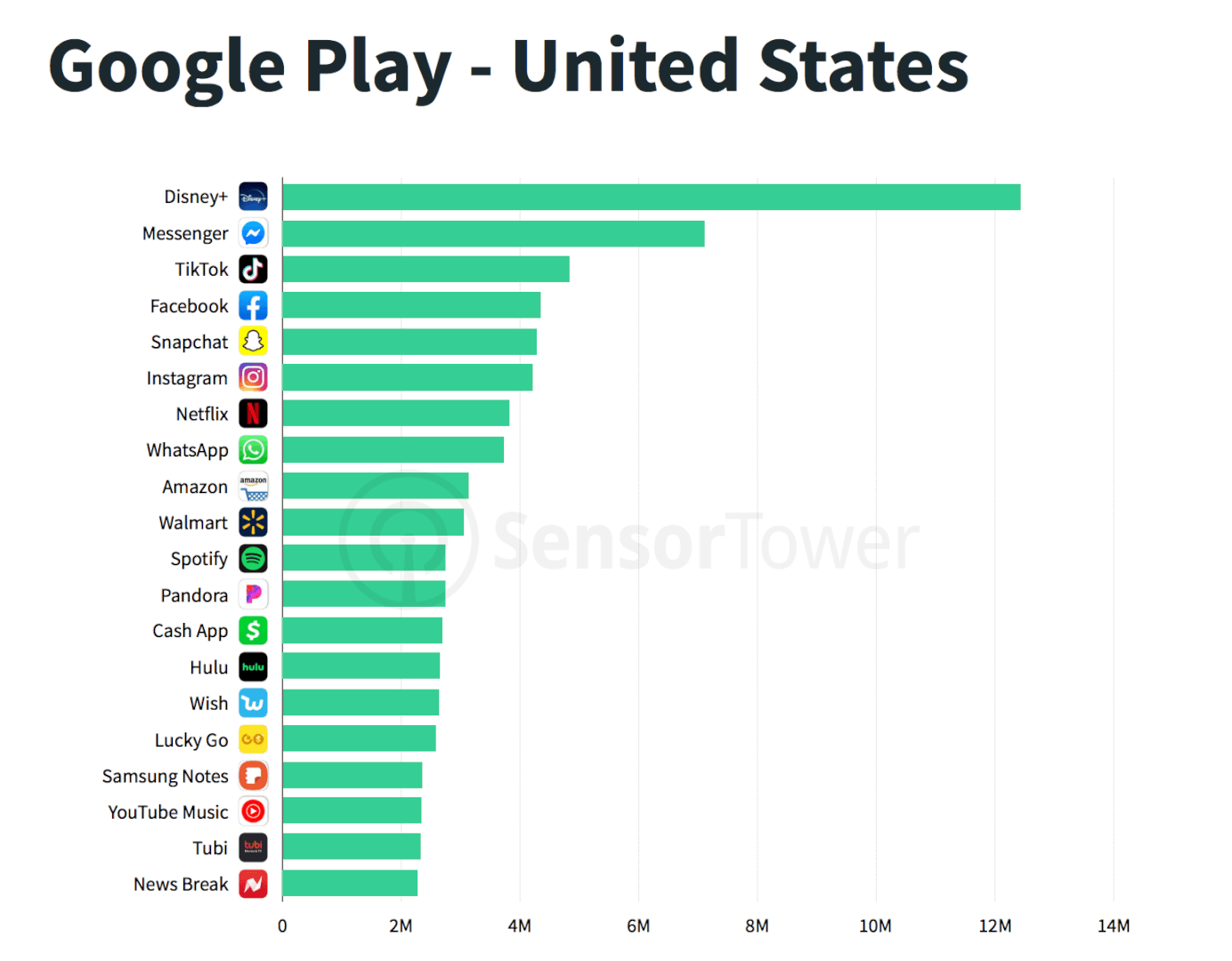 No official details on the number of Disney+ subscribers have been revealed since the initial launch week, but the Walt Disney Company will be announcing more details at next months quarterly earnings call.

And while the number of downloads might slow down in the US, Disney+ will be coming to some European countries in late March, with other counties coming later.