Disney+ has been operational in some countries for over a month now and the Hollywood Reporter recently conducted a survey with Morning Consult,  that revealed some interesting stats about the new streaming service.

Only 23% of the people asked in the survey are actually subscribed to Disney+, but those that did subscribe, the survey went into much more detail, digging into what they like to watch.

Here are some charts showing how people responded to some of the questions: 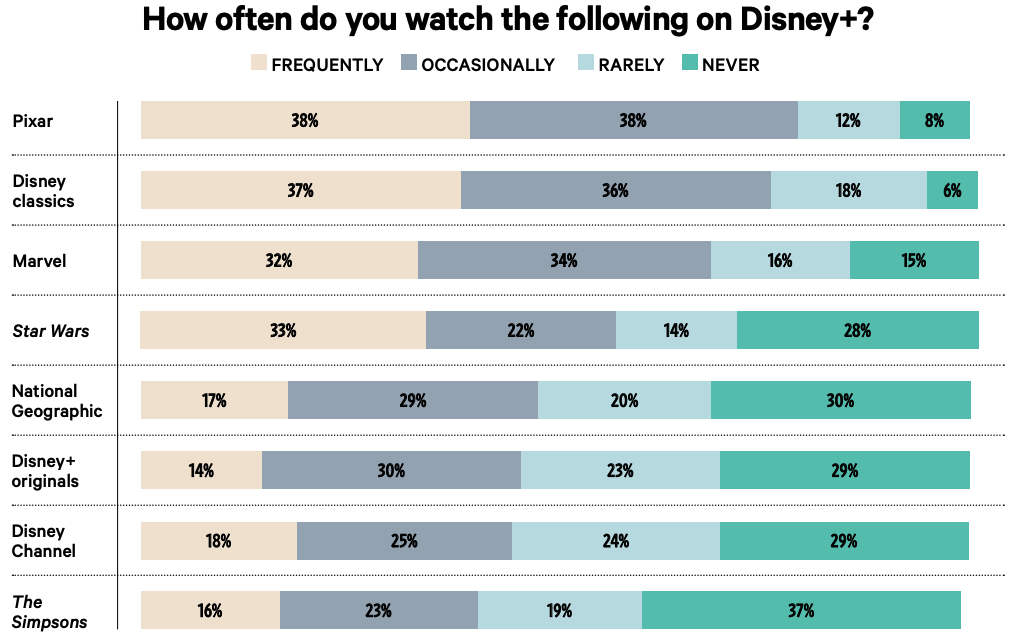 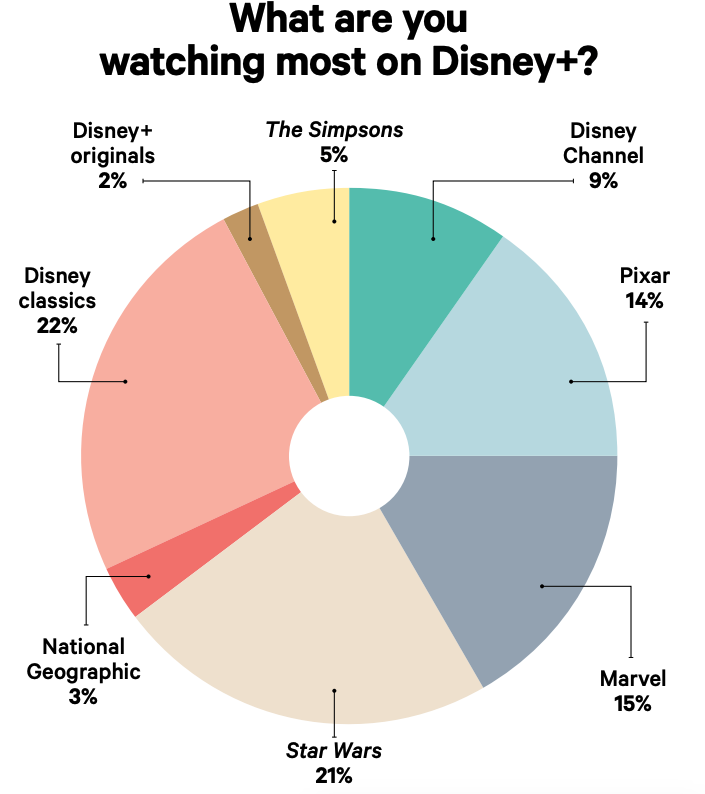 Classics are a major draw for Disney+ subscribers, as around 22% of people asked are watching them most, with Star Wars and Marvel also pulling in larger numbers and over 55% of those subscribed, did so to watch the classic content. Though with Star Wars: The Mandalorian and people watching all of the movies before Episode 9 hits cinemas this weekend, its not a huge surprise to see that number so high.

The Simpsons is also a big draw for people to subscribe to Disney+, with 19% of those asked stating that it was a major reason why they signed up.

It’s also telling that the Disney+ Originals like Noelle and Encore are only making up a small percentage of the viewing numbers.  And only 22% of people subscribed to Disney+ for the Originals.   These numbers show that the classic content is what’s bringing people into Disney+, but its also a major reason for Disney to up their Original content production, to increase this number, since there is a feeling that large numbers of subscribers might leave when The Mandalorian finishes after Christmas.  But these survey results might indicate that the majority of people watching Disney+, aren’t as interested in the Originals.

The poll also gives us an some insight into their cord cutting habits, as currently around 44% of those asked, still had cable and 21% had satellite.

It’s still the early days for Disney+ and they will also be collecting users data to work out what is popular and what isn’t, but its certainly interesting to see what people are watching so far.

What do you watch more of?  Classics or New content?