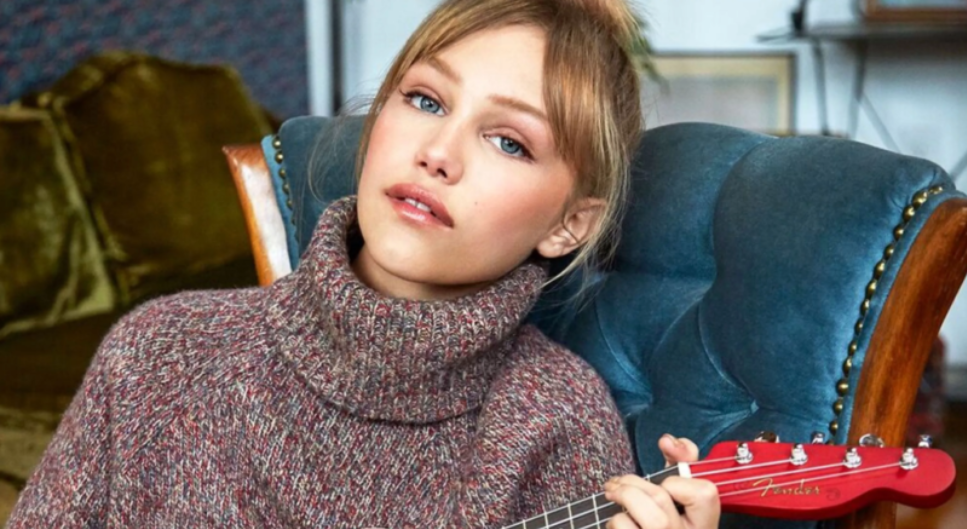 Earlier this year, Disney announced a new live action movie, Stargirl, which stars 14 year old, Grace VanderWaal, who preivously won America’s Got Talent for singing and playing the ukulele. This will be her first acting role and filming has now wrapped on the movie, which will be coming to Disney’s new streaming service, Disney+.

Stargirl will be directed by Julia Hart and is based on a novel by Jerry Spinelli. Here is the description of the book:

Stargirl. From the day she arrives at quiet Mica High in a burst of color and sound, the hallways hum with the murmur of “Stargirl, Stargirl.” She captures Leo Borlock’ s heart with just one smile. She sparks a school-spirit revolution with just one cheer. The students of Mica High are enchanted. At first.

Then they turn on her. Stargirl is suddenly shunned for everything that makes her different, and Leo, panicked and desperate with love, urges her to become the very thing that can destroy her: normal. In this celebration of nonconformity, Newbery Medalist Jerry Spinelli weaves a tense, emotional tale about the perils of popularity and the thrill and inspiration of first love.

“I genuinely with all my heart have no idea how to even explain these past couple months of my life, I always thought I was missing something. I gave up trying to make friends or even have a conversation because I was so incredibly exhausted from giving my all, trying my best to connect with people and never succeeding.

I was nervous about making this movie because I knew a lot of the cast would be around my age and that scared me. I am new. I am genuinely a different, better version of myself coming out of this. I am so sad and still drying my eyes about it ending but also incredibly grateful for what this has done for me. I’m normal, I’m not missing anything, I just needed love and acceptance to gain some social confidence. Thank you. Thank you to my now lifelong friends.”