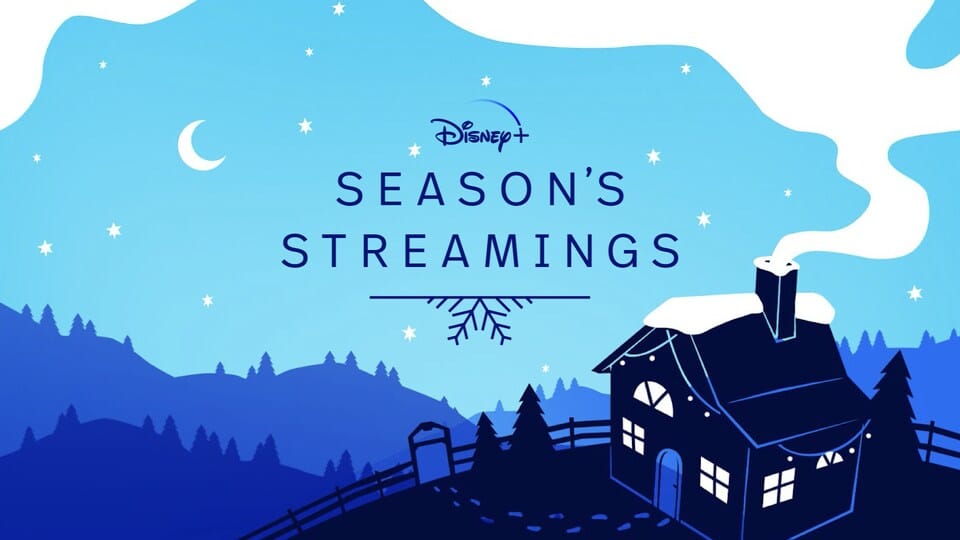 Disney has launched its Holiday programming campaign for Disney+, with a trailer and details on what’s coming to Disney+ during the holiday season, from November through to December.

There’s no place like Disney+ for the holidays, with the “Happy Holidays” collection returning for the third year. The Holiday Collection Will Add “The Santa Clauses,” “The Guardians of the Galaxy Holiday Special,” “Mickey Saves Christmas” and More in Addition to Featuring Beloved Classics, Including “Home Alone” and “The Muppet Christmas Carol”.  This collection is not available on Disney+ in all countries.

In addition to perennial favourites, Disney+ will premiere exclusive new movies, series, and specials throughout November and December for everyone in your family to enjoy, including “Night at the Museum: Kahumunrah Rises Again”, available on December 9th 2022.

As a special treat for Muppets fans, the full-length version of “The Muppet Christmas Carol” including the song “When Love Is Gone”, will be added to the extras page of the film on Disney+ on December 9 in celebration of its 30th anniversary.

From Scott Calvin’s return to the big red suit to joyful music from Pentatonix, the following Disney+ Originals will be available to stream:

Donna Hay shows us how to create the most spectacular festive celebration in her new four-part series, Donna Hay Christmas. From reimagined festive mains like the ultimate glazed ham, to show-stopping desserts like her signature centerpiece pavlova, Donna shares her best time-savers and signature cheats to create your very own kind of Christmas magic. 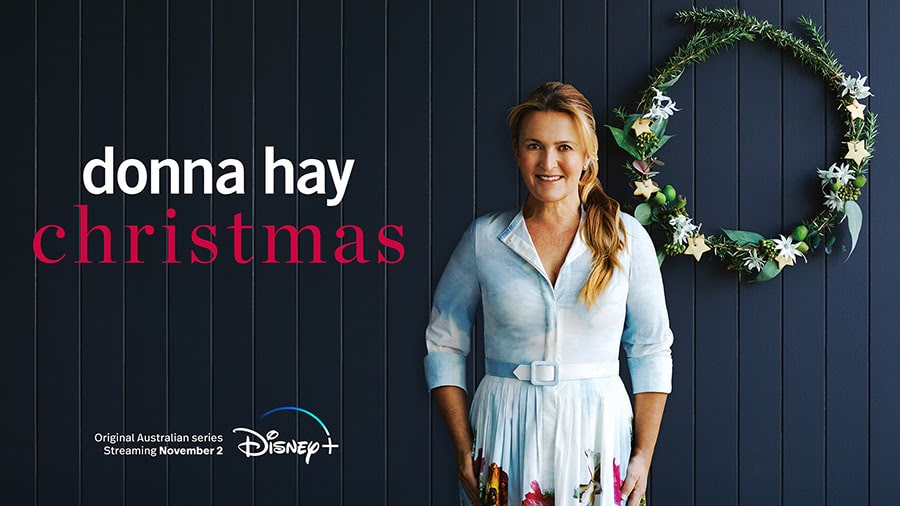 Scott Calvin is back! After being Santa Claus for nearly thirty years, he’s as jolly as ever. But as Christmas declines in popularity, so does his Santa magic. Scott struggles to keep up with the demands of the job, as well as being there for his family. Upon discovering there is a way to retire from his post, Scott considers stepping down as Santa Claus and finding a worthy successor so that he can become a better father and husband.

“Best in Snow” is a festive holiday special, hosted by Tituss Burgess, featuring teams from around the world transported to a magical snowy village and thrown into a spirited competition to show off their snow-carving skills. Spectacular snow sculptures, lively musical performances from DCappella, and special guest Kermit the Frog make this action-packed winter event fun for the entire family.

“The Guardians of the Galaxy Holiday Special” Streaming November 25

On a mission to make Christmas unforgettable for Quill, the Guardians head to Earth in search of the perfect present.

RUN DMC’s Rev Run brings us along for a hip-hop reimagining of The Nutcracker ballet set in New York City. On the night of the annual New Year’s Eve Block Party, Maria-Clara’s Mom and Pop aren’t getting along and it’s bringing her down. Maria-Clara embarks on a holiday adventure to bring her parents back together. Will it be enough to rekindle their lost love before the clock strikes midnight?

“Pentatonix: Around the World for the Holidays” Streaming December 2

Save Our Squad with David Beckham” Streaming November 9

David Beckham is coming home. Over the course of a season, David joins East London club, Westward Boys, a team playing in the league where it all began for him as a boy – the Echo Premier League. Westward haven’t won a game all season, and the threat of being relegated from the league looms large. David has a mammoth task at hand. Will he be able to save their squad?

“Zootopia+” heads back to the fast-paced mammal metropolis of Zootopia in a short-form series that dives deeper into the lives of some of the Oscar®-winning feature film’s most intriguing residents, including Fru Fru, the fashion-forward arctic shrew; ZPD dispatcher Clawhauser, the sweet-toothed cheetah; and Flash, the smiling sloth who’s full of surprises.

Chris Hemsworth is on an epic mission to discover how to live better for longer. With the help of world-class experts, family and friends, he’s embarking on a series of immense challenges to push himself to new limits and stop the diseases of old age before they take hold. Chris will discover how we all can unlock our potential to stay fitter, healthier and happier throughout our lives.

A live-action musical comedy “Disenchanted” is a sequel to Disney’s box office hit “Enchanted” featuring the original cast from the heart-warming story of the lovable, hopelessly romantic maiden, Giselle from the fairy tale world of Andalasia who has grown disillusioned with life in the city and moves with her growing family to the suburbs in search of a more fairytale life.

Mickey: The Story of a Mouse Streaming November 18

Mickey Mouse is recognized as a symbol of joy and innocence in virtually every corner of the globe. Mickey became an overnight sensation when he starred in the first sync-sound animated short, Steamboat Willie. Through the decades, he evolved into strikingly different versions that reflect both his creator’s remarkable career and dramatic societal shifts in the nation he came to represent.

“Elton John Live: Farewell from Dodger Stadium” is a concert event featuring legendary, global superstar Elton John, live from Dodger Stadium in his final North American show. As part of his Farewell Yellow Brick Road Tour, this concert experience features special guests and performances of unparalleled global hits spanning decades, in one of the greatest send-offs in music history. This is a must-see concert event for audiences of all ages. Leading up to the concert is the “Countdown to Elton Live” red carpet event featuring celebrity guests and a countdown to the historic live concert. 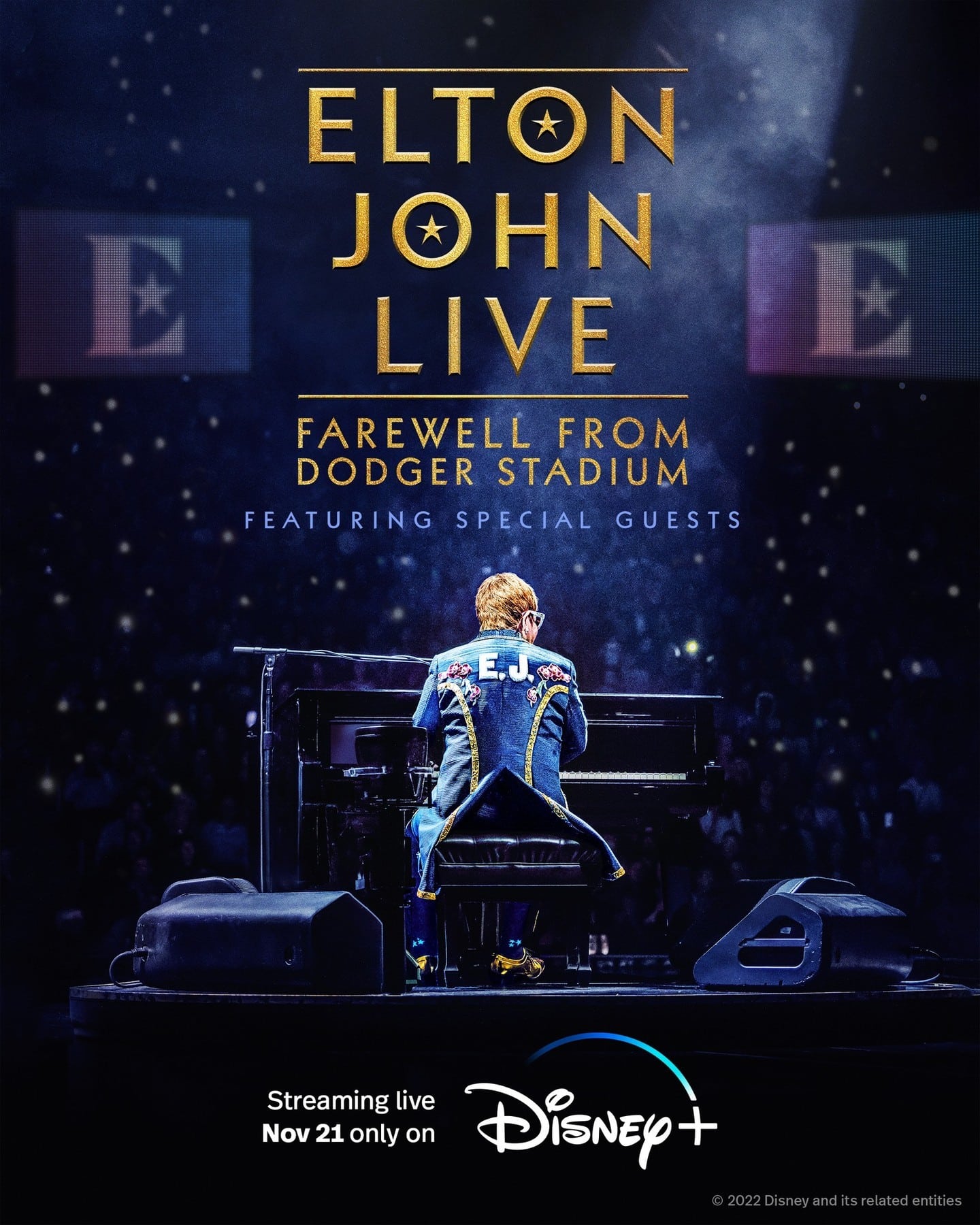 An all-new action-adventure series based on George Lucas’ fantasy-adventure film. The story began when an aspiring sorcerer, played by Warwick Davis, is whisked away on a journey to protect an infant empress Elora Danan and vanquish the evil Queen Bavmorda from their world of Andowyne. Now, the story continues with Davis reprising his titular role as he leads an unlikely crew of heroes on a quest to protect Andowyne from an even larger foe than they had imagined possible.

The riotous antics of angst-ridden, disaster-prone, middle school student Greg Heffley continue, focusing this time around on his complicated relationship with older brother Rodrick. Now, Greg takes on one of his biggest challenges yet – surviving a weekend alone with Rodrick and abiding by his growing list of rules.

“Idina Menzel: Which Way to the Stage?” Streaming December 9

Join Tony Award-winner Idina Menzel on her journey to headline Madison Square Garden in this intimate and inspirational documentary. 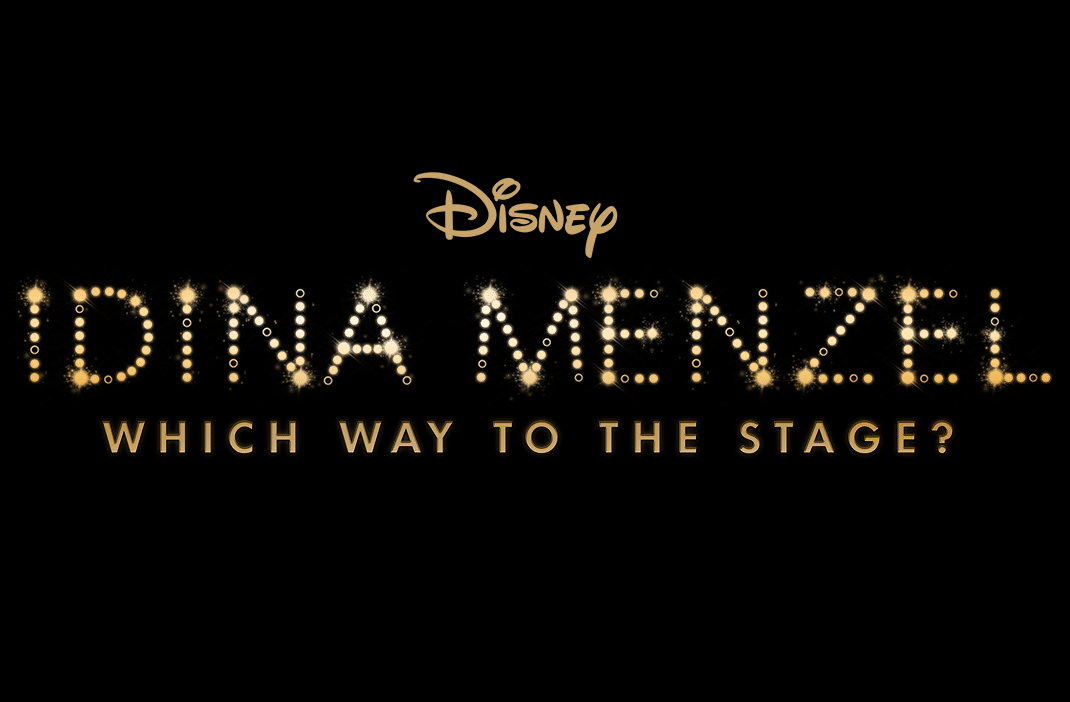 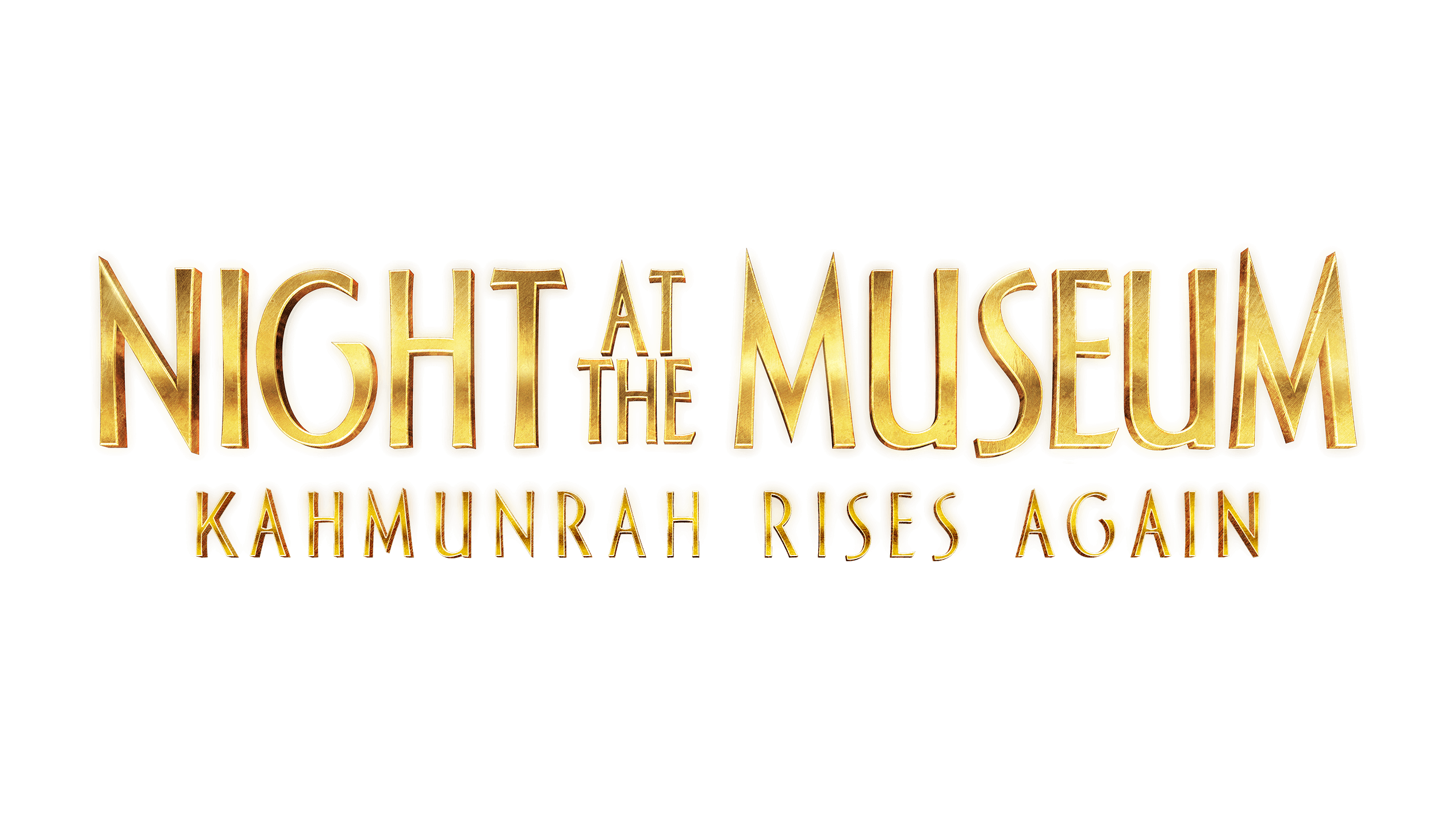 From writer and director, Alice Rohrwacher, and Academy Award-winning producer, Alfonso Cuarón, “Le Pupille” is a tale of innocence, greed and fantasy. This live action short is about desires, pure and selfish, about freedom and devotion, and about the anarchy that is capable of flowering in the minds of girls within the confines of a strict religious boarding school at Christmas. 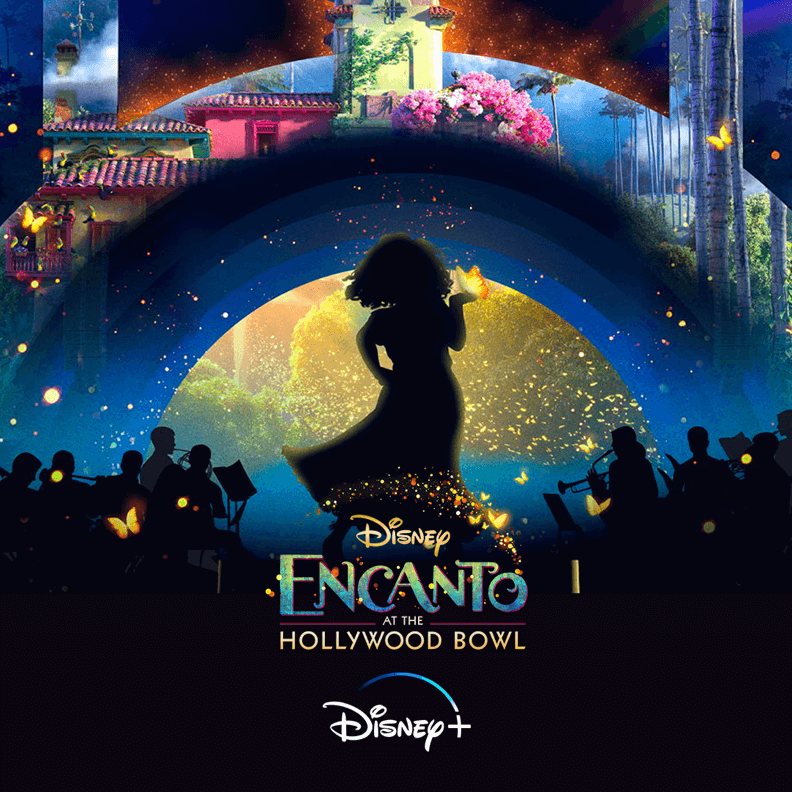 Roger has been a Disney fan since he was a kid and this interest has grown over the years. He has visited Disney Parks around the globe and has a vast collection of Disney movies and collectibles. He is the owner of What's On Disney Plus & DisKingdom. Email: Roger@WhatsOnDisneyPlus.com Twitter: Twitter.com/RogPalmerUK Facebook: Facebook.com/rogpalmeruk
View all posts
Tags: disney, holidays