Last week, we reported on the Minister of Education and Culture of Iceland, Lilja Alfreðsdóttir, had written to Disney asking why Disney+ doesn’t have any films or shows available with dubbing or subtitles in Icelandic. 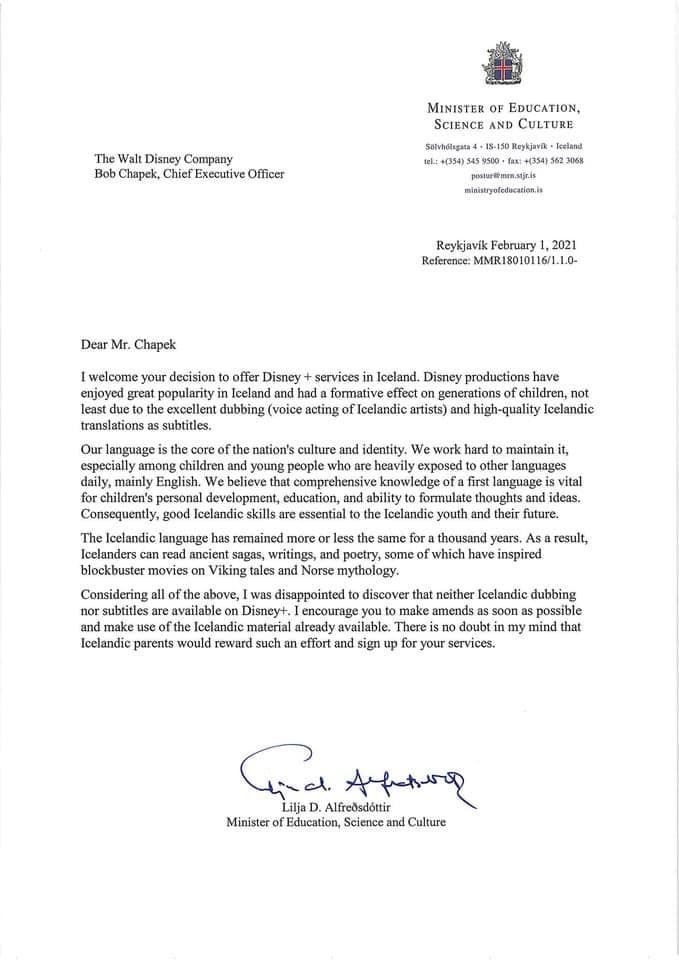 Since this letter went public, Disney responded to the minister with an indication of goodwill saying that work has begun to put Icelandic subtitles and dubbing onto Disney+. 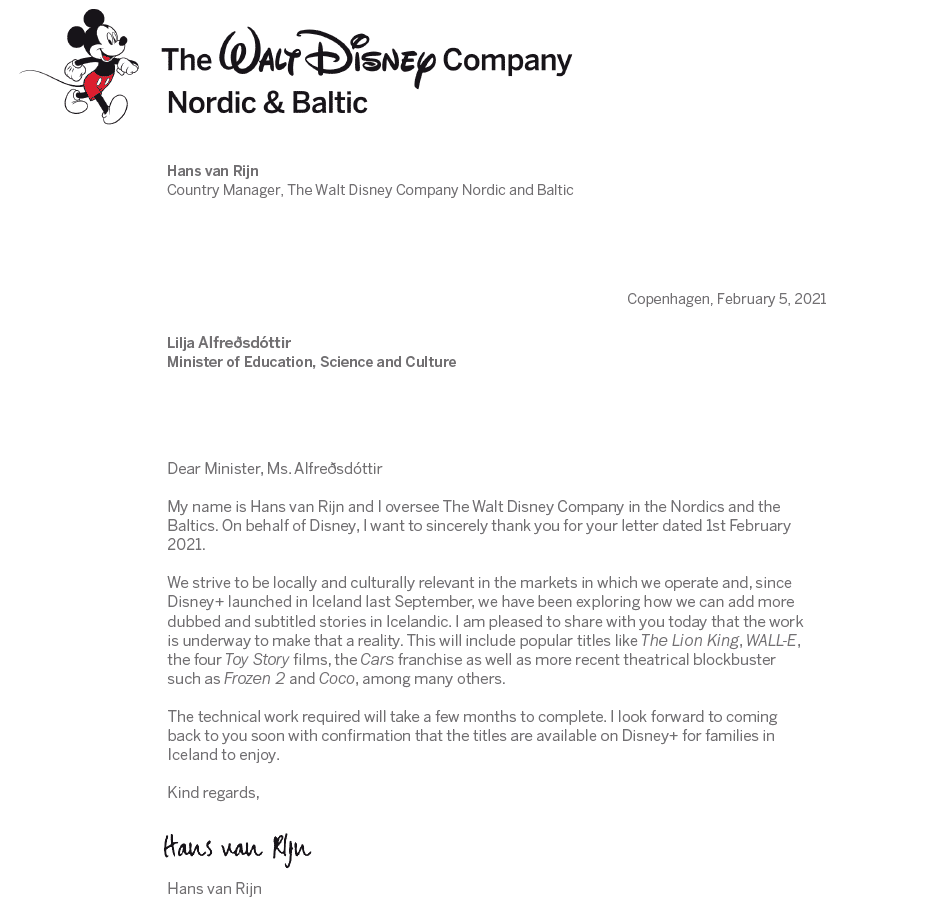 However, this process will take a few months to do and the Minister of Education and Culture of Iceland, has said she will be pressing for this to be done as quickly as possible and will be following up to make sure it happens.

“Disney’s response is a sign of goodwill. Work has begun on putting Icelandic subtitles and dubbing into use on the streaming service Disney+. It is planned that the material will be available in the spring, but I will push for the work to be accelerated.”

This is certainly good news for Disney+ subscribers in Iceland and hopefully, this has sent a strong message about more Disney content being available in different languages.

What do you think of Disney adding more content in Icelandic?

Roger has been a Disney fan since he was a kid and this interest has grown over the years. He has visited Disney Parks around the globe and has a vast collection of Disney movies and collectibles. He is the owner of What's On Disney Plus & DisKingdom. Email: Roger@WhatsOnDisneyPlus.com Twitter: Twitter.com/RogPalmerUK Facebook: Facebook.com/rogpalmeruk
View all posts
Tags: disney, Iceland