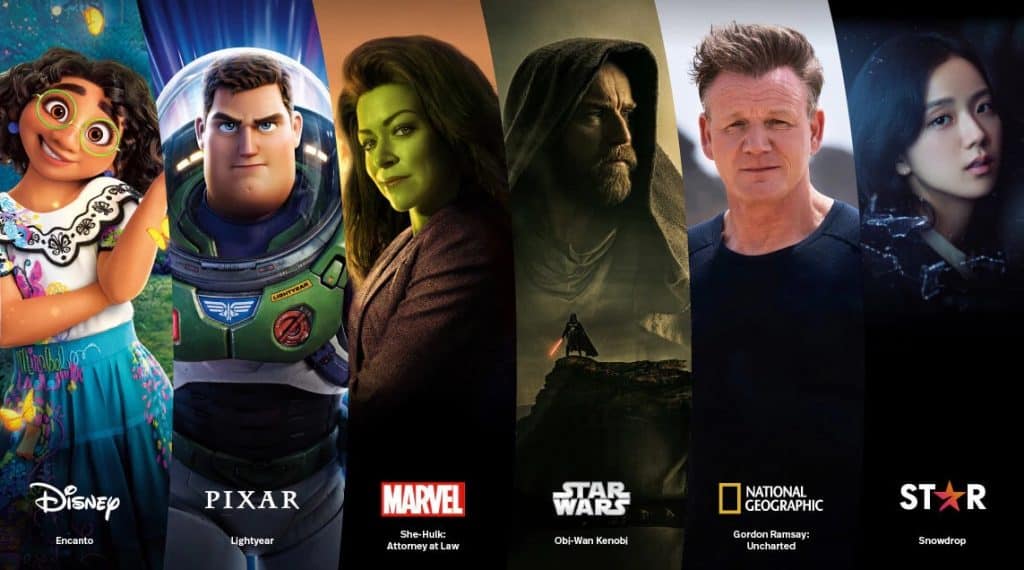 After a long wait, Disney+ is finally launching in the Philippines on Thursday, 17th November 2022 and it will be the home of movies and TV shows from Disney’s iconic brands, including Disney, Pixar, Marvel, Star Wars, and National Geographic and Star.

Disney+ will be accessible on a wide selection of mobile and televisions subject to users’ chosen subscription plans, including smartphones and tablets (Android or iOS), smart TVs such as Samsung and LG and connected TV devices, including Google TV and other Android TV OS, Apple TV 4K and Apple TV HD and Chromecast.

Based on their chosen subscription plans, consumers will be able to access high-quality viewing, with up to four concurrent streams available only with the premium plan, personalized recommendations, and the ability to create up to seven different user profiles per account.  The Mobile Plan will be a little more limited, with just one concurrent stream at once, and it will only be available in HD (720p).  4K will only be available for subscribers on a premium plan.

“Through Disney+, we are opening new doors of entertainment to everyone with our heritage of unparalleled storytelling, creative excellence and cutting-edge content delivery.

We are excited that consumers in the Philippines can soon connect with their beloved characters and brands and enjoy access to some of the world’s most original and iconic stories, told by the world’s most talented creators.”

Disney+ will launch with a huge collection of content from across Disney’s studios, including:

You can sign up from November 17th through DisneyPlus.com and the Disney+ app

Roger has been a Disney fan since he was a kid and this interest has grown over the years. He has visited Disney Parks around the globe and has a vast collection of Disney movies and collectibles. He is the owner of What's On Disney Plus & DisKingdom. Email: Roger@WhatsOnDisneyPlus.com Twitter: Twitter.com/RogPalmerUK Facebook: Facebook.com/rogpalmeruk
View all posts
Tags: disney, philippines