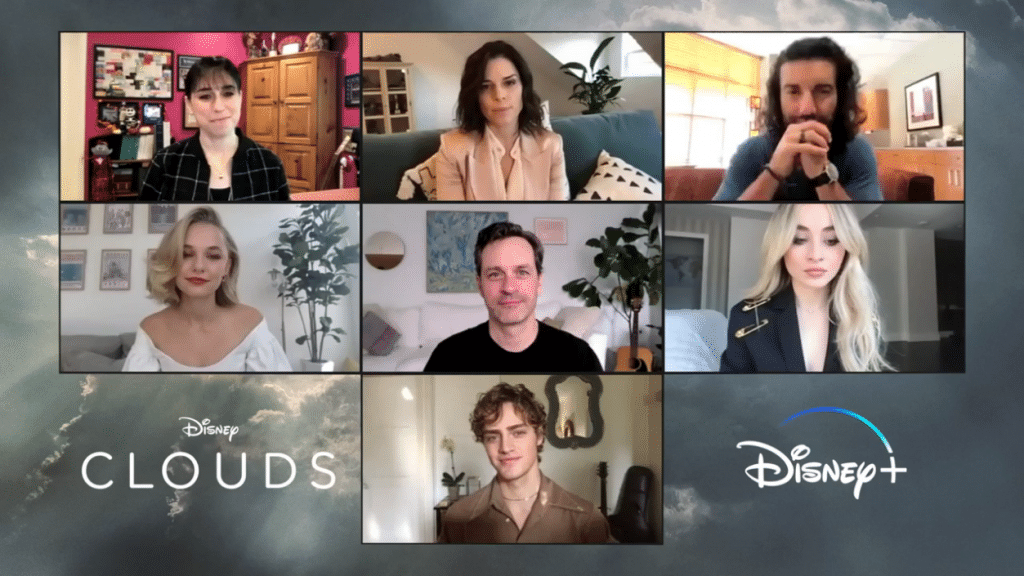 “Clouds” is inspired by an incredible true story, that is a poignant and beautiful look at the heartbreaking duality of life and a testament to what can happen when you start to live as if each day might be your last. Zach Sobiech (Fin Argus) is a fun-loving high school student with raw musical talent living with osteosarcoma, a rare bone cancer. At the start of his senior year, he is ready to take on the world, however when he receives the news that the disease has spread, he and his best friend and songwriting partner, Sammy (Sabrina Carpenter), decide to spend Zach’s limited time following their dreams. With the help of Zach’s mentor and teacher, Mr. Weaver (Lil Rel Howery), Zach and Sammy are given the chance of a lifetime and are offered a record deal. Along with the support of the love of his life, Amy (Madison Iseman) and his parents, Rob and Laura (Tom Everett Scott and Neve Campbell); Zach embarks on an unforgettable journey about friendship, love and the power of music.

During the press event, Fin Arugus told us about how he learned about Zach’s story:

I had actually heard about Zach’s story when it was blowing up originally back in 2013, when “Clouds” hit #1 on iTunes. I have a personal family member who was fighting her battle with cancer throughout my entire childhood, so we were very tuned in to anything related to that, any inspirational stories. And we heard about Zach’s story. We listened to the song a bunch. So when I got the audition, and the breakdown, and the script, it was this weird jolt and like resurrection of memories. I remembered him, and I remembered the song. And when I played the song, like the link on YouTube to learn it for the audition, it came back to me instantly. It had been so long since I listened, but like a bunch of different moments throughout this process, it kind of felt like meeting an old friend, you know, being reintroduced to his story. It was really special to be able to play that and just audition, and the fact that I had the honor of being able to play Zach was a huge gift. I feel very glad to be invited into this story by Justin and by the Sobiechs.

I think something that you get to see a little bit of in the documentary is Zach’s goofiness, and being able to play into that was so much fun, and showing how that manifests in his different relationships.  He was such a positive and just happy guy, and being able to portray those funny, quirky relationships, even in the face of such adversity, was really fun and healing, and I think he’s inspiring for that reason.  He stayed goofy, he stayed happy, even through such a tough, tough time.

Zach’s family were very involved in the process of making “Clouds”, meeting the actors who would be playing them, often with the actors asking their real-life counterparts for insight into specific things.

Neve Campbell played Zach’s mother, Laura, who wrote the book which this film is based upon.  She explained:

I had read Laura’s book before I met her, and I actually was finishing it the night before I knew I was going to meet her.  And I was actually in bed with my husband.  I was bawling my eyes out, and he was saying, “Are you okay?”  And I was like, “Yeah, I’m okay.  It’s just she’s so incredible.”  She’s such an incredible, courageous, strong woman.  I was just blown away by her book, her perspective, her strength on the journey that they were on.  It’s unimaginable and tough to think about it, but she handled it with such grace for her family, for Zach, for herself.  And so, yeah, when I met her the next day, it was an honor to meet her and I was enamored.  We hit it off really well and we’ve become really good friends.  As I said, I’m really taken aback by her.  So it was a beautiful experience to get to meet her.  It was a beautiful experience to get to play her.  Incredible.  I think, you know we have — interestingly, we do have similar energy, so that was helpful for me.  I’m a mother of two sons, so it wasn’t difficult to put me into the place that I needed to go to with their journey.  And like Fin said, I’m just really grateful to have gotten a role and to have been able to honor the family as best we could. 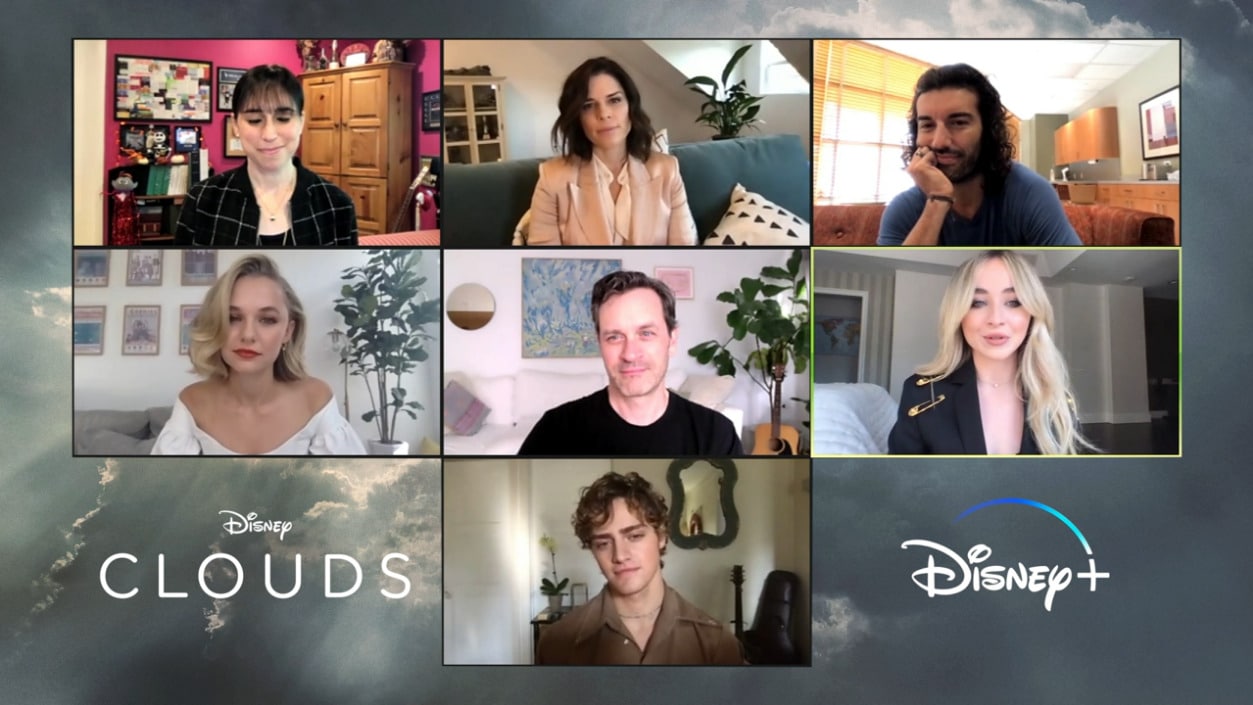 When I met Rob, I just knew that I had to bring this really strong dad game, you know?  Like real strong dad jokes and I’ve got those.  So, yeah, like Neve, I also have kids and I was just happy to be able to lend my specific goofiness, just like Fin was saying.  I mean, it was there.  When you met these people, you just met how loving and warm that they are.  Rob was there for me, after I met him initially.  He was also there by text.  Or if I had a question for him, he would just be so gracious and available, and it was so invaluable as an actor.  Like one time, we were doing a wardrobe fitting and they were trying to figure out what I would be wearing going to bed.  And so I texted him and I’m like, “Are you a pajamas guy?”  And he was like, “Why are you assuming that I wear clothes?”  And I was like, “This is my hero,” this guy’s my hero.

Thomas also explained that Rob had wanted “The Rock” Dwayne Johnson to play him in the film, which got a laugh out of everyone.

Sabrina Carpenter also spoke about her relationship with her real-life counterpart, Sammy, which helped her get into character.

It’s so funny, I joke a lot with Sammy about the breakdown for her character, which was like shy and awkward with the anxiety and stage fright to go with it.  And the best thing about Sammy in real life is, one, she’s just become one of my favorite people on this planet, but two, she loves to troll herself.  And I think Sammy, she really, really has such an incredible heart.  I think getting to play her was a privilege, like in every sense of the word, just because of the energy that she — I don’t know, the energy that she gives out and the way that she’s there for the people that she loves, especially Zach.  I think we were lucky enough to become very close throughout the process and just she told me a lot of stories about them, and their friendship, and their relationship.  I also know having a musical connection with someone is kind of an unspeakable one and you can’t really explain it, other than to write songs with that person and to communicate through that language.  And I can’t imagine what she — I can imagine, but not in the same way, what she was going through, knowing that she was losing her best friend, just as all of these people and everybody in their family knew that they were losing such an important person in this world.  I had way too much fun getting to obviously bring it to life with all of these incredible people, but getting to know the real people behind this story made it ten times more special.  We felt like we were a part of something that was bigger than all of us, if that makes sense.

Zach’s music is a huge part of “Clouds” and there is one track from the film that was original, but it was connected to Zach, which Fin explained:

The first way that Zach’s music has manifested itself into my own life was while we were filming, there was a scene where Justin was hoping to put a musical number.   Not as in like song and dance, but he wanted a different song.  And we had talked about maybe using some of Zach’s old lyrics that never turned into full songs.  I was sitting there, trying to come up with a short, fun, little tune, and I ended up looking through some notes that were in Zach’s journal that his mom, Laura, was kind enough to let me read and just see some of his musical notes and some unfinished songs.  So I ended up using a handful of those lyrics and also some phrases from letters that he had written to Amy, that Amy had shared with Madison and I, and it turned itself into this brand new love song written from Zach to Amy.  Obviously, Zach and I had this connection where we wrote together.  It’s half his lyrics, half mine, but the spirit of it, it’s from Zach.  That’s just the first way that his music has influenced me.  He has been able to speak through me, I hope, in the acting and the music, and I even find myself leaning into his style when I’m writing my own music nowadays.  I’m a huge fan of A Firm Handshake’s music and album.  And after listening to it so much, I’ve connected with it so deeply, I find it peeking out in certain moments in my own original music, which is really cool.  I feel very connected to both Zach and Sammy through music, and Sabrina as well. 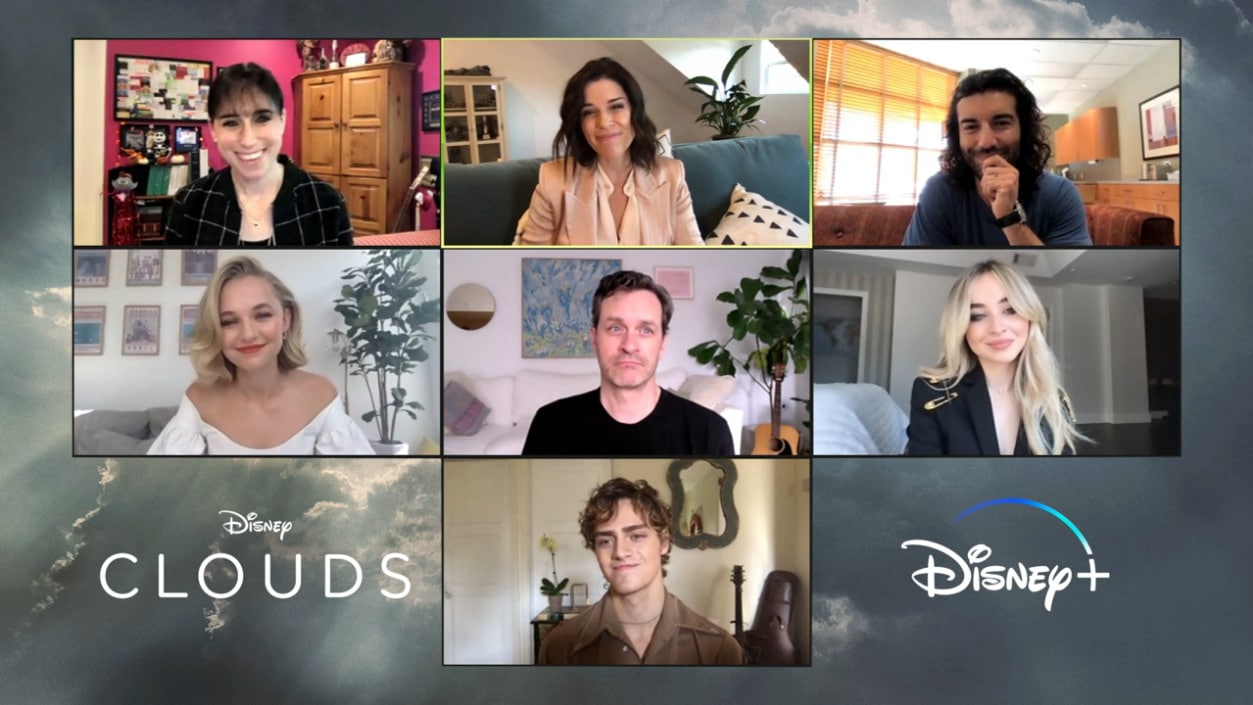 One of the key takeaways from the film is how “You don’t have to find out you’re dying to start living.” Which is something that stayed with the actors after filming the movie, with Fin Argus saying

After having spent three months just in Zach’s mind and trying to figure out exactly what he was feeling when he was going through that, it helped me to have a really positive perspective on loss and grief, which has become an invaluable tool for me, just as a person.  And it makes me see the world with wonder.  I go out and I listen to the birds tweeting and I think, wow, it’s such a beautiful day.  I need to get in focus to those little things.  And that’s what Zach was all about, the little things.  Holding a door open for someone, smiling at a stranger, or giving your mom a hug when she doesn’t expect it, just those little things.  It makes all the difference.  Those little gestures help people to feel loved, and feel sane, and that type of stuff is so important, especially right now.  So I feel so glad that I got to learn that lesson over the course of last year.  It’s been super helpful through such a trying year of our own this year.

You can  watch “Clouds” on Disney+ from October 16th.