Today sees launch of Disney+ in the UK, Ireland, Germany, Italy, Spain, Austria, and Switzerland. The service will launch in France on April 7th. In light of concerns regarding the current ability of certain broadband infrastructure to handle the anticipated consumer demand for Disney+, the service will now feature a lower overall bandwidth utilisation by at least 25%.

With over 500 films, 26 exclusive original movies and series and thousands of television episodes from Disney, Pixar, Marvel, Star Wars, National Geographic and more, Disney+ is the new streaming home for some of the world’s most beloved stories.

“Launching in seven markets simultaneously marks a new milestone for Disney+,“ said Kevin Mayer, Chairman of Walt Disney Direct-to-Consumer & International. “As the streaming home for Disney, Marvel, Pixar, Star Wars, and National Geographic, Disney+ delivers high-quality, optimistic storytelling that fans expect from our brands, now available broadly, conveniently, and permanently on Disney+. We humbly hope that this service can bring some much-needed moments of respite for families during these difficult times.”

Starting today, subscribers can enjoy 26 Disney+ Originals titles including “The Mandalorian,” the epic first-ever live-action Star Wars series; “Lady and the Tramp,” a live-action re-telling of the 1955 animated classic; “High School Musical: The Musical: The Series,” the all-new scripted series set at the real-life East High featured in the hit movies; “The World According to Jeff Goldblum” docu-series from National Geographic; “Marvel’s Hero Project,” which celebrates extraordinary kids making a difference in their communities; “Encore!,” executive produced by the multi-talented Kristen Bell; “The Imagineering Story” a 6-part documentary from Emmy and Academy Award-nominated filmmaker Leslie Iwerks and animated short film collections “SparkShorts” and “Forky Asks A Question” from Pixar Animation Studios.

Disney+ is also the new streaming home of the iconic animated series “The Simpsons,” with over 600 episodes available together on-demand for the first time. At launch, seasons 1 to 30 will be available, with season 31 coming to the service later in the year.

Audiences can stream Disney+ on nearly all major mobile and connected TV devices from today, including gaming consoles, streaming media players, and smart TVs. Subscribers can enjoy commercial-free viewing, up to four concurrent streams, unlimited downloads on up to ten devices, personalised recommendations, and the ability to set up to seven different profiles, including the ability for parents to set Kids Profiles that have an easy to navigate, child-friendly interface to access age-appropriate content.

Consumers can subscribe up for Disney+ directly or via in-app purchase from the following platforms and devices:

Through a comprehensive distribution plan and several strategic agreements, Disney+ is also available across multiple premier distributors in Europe with regional deals including:

These providers will have the ability to include Disney+ in wholesale and retail packages for their subscribers. Specifics of those offers vary per company. 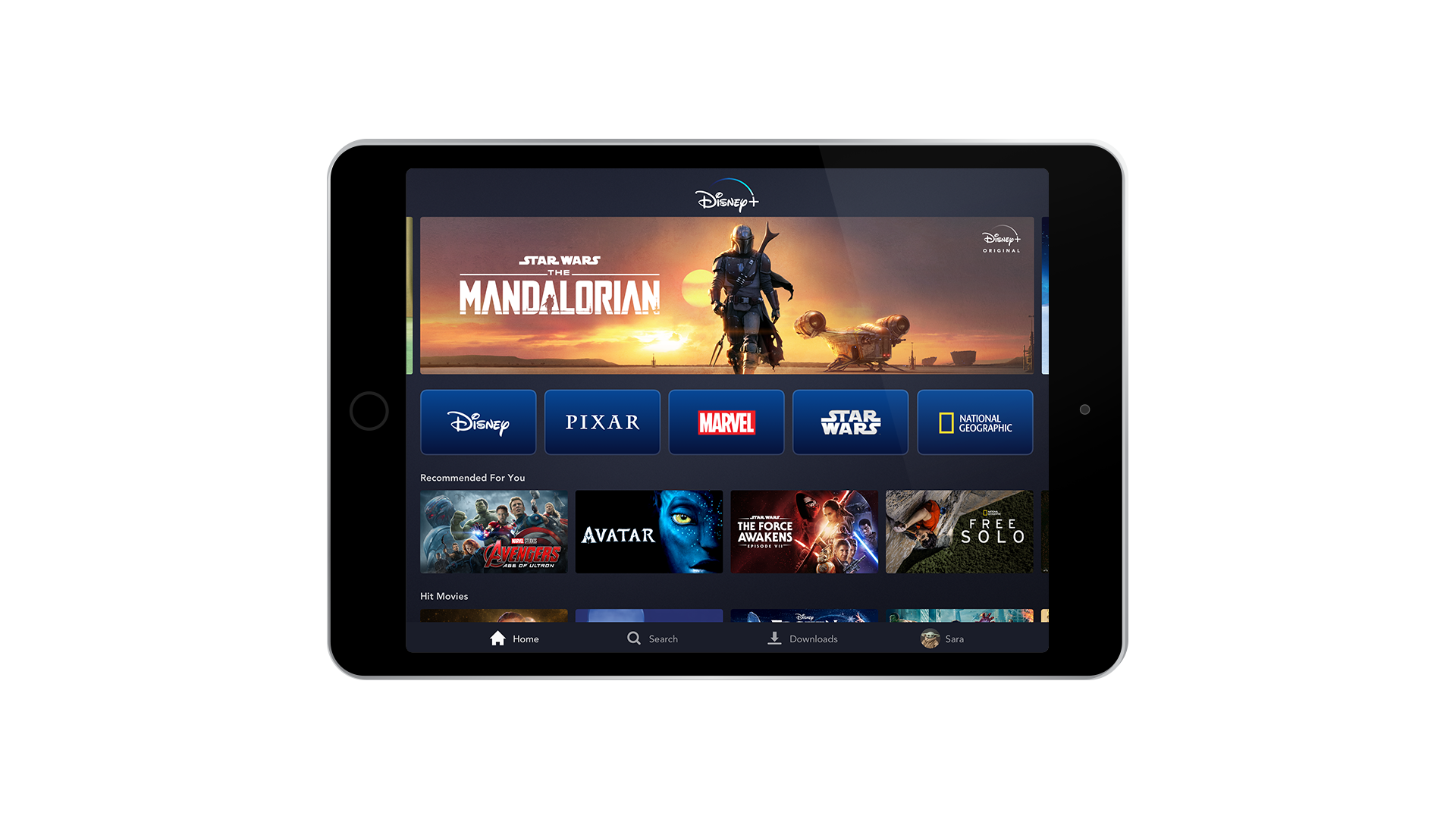 Disney also has a retail distribution deal with Sky, making Disney+ available in the UK and Ireland on Sky Q, to be followed by NOW TV in the coming months.

Pricing for Disney+ has been confirmed at £5.99/€6.99 per month, or £59.99/€69.99 for an annual subscription. Following its initial European launch markets, additional Western Europe markets, including Belgium, the Nordics, and Portugal, will follow in summer 2020.