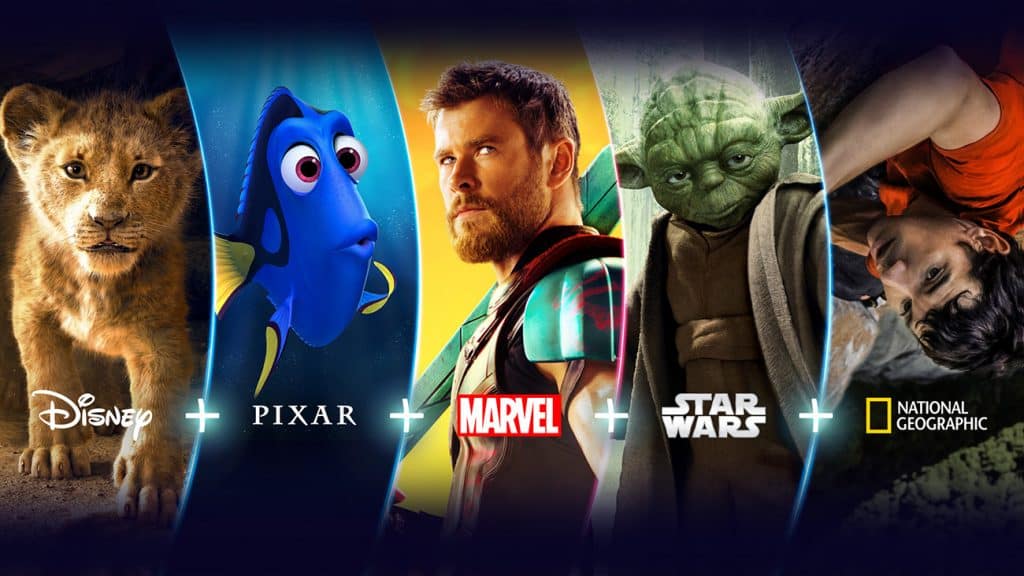 The global rollout of Disney+ continues this week as the new streaming service is now available in Latin America and across the Caribbean, ushering in a new era of entertainment for each family member. The launch of The Walt Disney Company’s subscription streaming service marks another chapter in its global expansion, and brings Latin American subscribers an exclusive and permanent access to a solid content proposal with innovative, creative and high-quality stories.

Disney+ is the exclusive home in Latin America for all the available content from Disney, Pixar, Marvel, Star Wars, and National Geographic, including globally-launched Original titles and a robust collection of local productions that reinforce The Walt Disney Company’s commitment with creating content and starring Latin American talent. As from today, Disney, Marvel, Star Wars, Pixar, and National Geographic content will only premiere and be permanently present on Disney+, with the exception of select tiles also appearing on Disney channels and in movie theaters.

The Disney+ Original catalogue features over 40 series, movies, shorts, and original documentaries, including The Mandalorian, the 7 Emmy®-award winning production that is the first live-action STAR WARS series, and The Walt Disney Studios’ movie LADY AND THE TRAMP, a live-action remake of the 1955 animated classic. Marvel productions, such as WandaVision and The Falcon and the Winter Soldier will soon follow. In turn, Latin American original productions include fiction series, talk shows, documentaries, live shows, and more with locally-relevant content and renowned talent from the region. 70 local productions are currently in different stages of production reinforcing the Company’s commitment with producing local content developed by and for Disney+ by renowned production companies from Brazil, Mexico, Colombia, and Argentina, and starring acclaimed talent from the region. The platform also includes acquired productions that exclusively premieres on Disney+.

Disney+ offers subscribers an unrivaled experience and access at any time and place. With high-quality and commercial-free content, the platform offers concurrent streaming on up to 4 devices at once, unlimited downloads on up to 10 devices, and the ability to set up to 7 different profiles. It also includes customized recommendations and the ability to create easy-to-navigate kids profiles with age-appropriate content. The service is available across a wide range of mobile and connected TV devices, including gaming consoles, streaming media players, and smart TVs.

Subscription to Disney+ can be directly purchased at www.disneyplus.com.

Below are the subscription prices at launch in the following countries (in which, for a limited time, users can access a free 7-day trial):

In all other Latin American countries, users can subscribe for USD$ 5.99/month or USD$ 59.99/year, although the final price may be affected by third-party charges in some territories; and both the price and the currency may vary on third-party platforms in the region.

Have you downloaded Disney+ in Latin America today?

Roger has been a Disney fan since he was a kid and this interest has grown over the years. He has visited Disney Parks around the globe and has a vast collection of Disney movies and collectibles. He is the owner of What's On Disney Plus & DisKingdom. Email: Roger@WhatsOnDisneyPlus.com Twitter: Twitter.com/RogPalmerUK Facebook: Facebook.com/rogpalmeruk
View all posts
Tags: disney, latin america