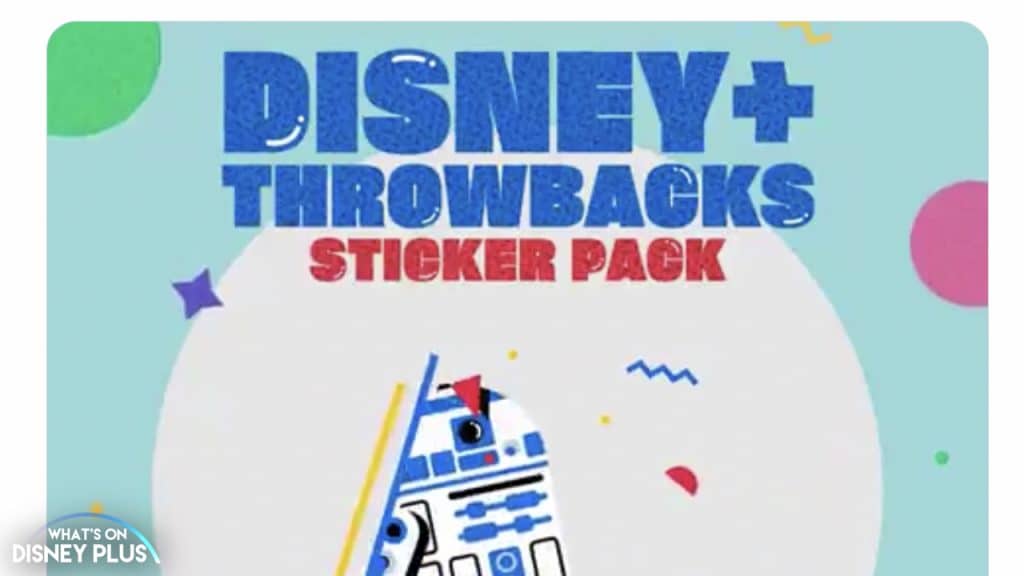 Disney is running a new promotion this week to get people to subscribe to Disney+, its called “Throwback Week”.  This week, Disney is inviting people to take a stroll down memory lane with the stories that helped shape our love for entertainment. Whether you’re looking for that first film that made you feel like anything was possible or introduce new audiences to beloved classics, Disney have got you covered with #DisneyPlusThrowbacks through the decades.

All week long, Disney+ will be posting on its official social media accounts, special content, celebrity shout-outs, and more, all leading up to the premiere of the Disney+ original series “Prop Culture” and the fan-favorite movie “The Princess Bride” on Friday, May 1st.

Check out the Disney+ Throwback commercial below:

Check out a few of these GIPHY throwback stickers below:

Will you be using any of these Disney+ Throwback stickers on social media?

Roger has been a Disney fan since he was a kid and this interest has grown over the years. He has visited Disney Parks around the globe and has a vast collection of Disney movies and collectibles. He is the owner of What's On Disney Plus & DisKingdom. Email: Roger@WhatsOnDisneyPlus.com Twitter: Twitter.com/RogPalmerUK Facebook: Facebook.com/rogpalmeruk
View all posts
Tags: disney, throwback