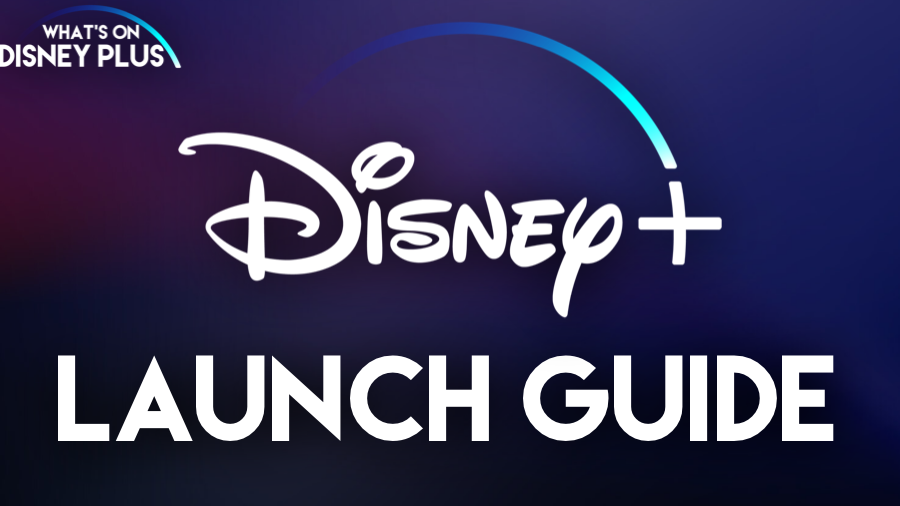 Disney+ launches next week and there are still many questions about the new streaming service, so here are some of the details you need to know.

When Does Disney+ Launch?

Disney+ launches on November 12th in the US, Canada and the Netherlands.  It will be released in Australia and New Zealand on November 19th.  No other countries have had their release date announced, but Disney are planning on rolling it out internationally, however it will take 2 years to do so.

How Much Is Disney+ ?

Is There A Free Trial?

Disney will be offering a 7 day free trial to everyone.

Will Disney+ Have Adverts?

Disney+ will be free of adverts.

The app won’t be available until the service launches.

I’ve Already Signed Up, How Can I Log In On Launch Day?

If you have already signed up for Disney+, you might not remember your login details.  When you signed up, you provided Disney with an email address and password to create a Disney ID, or you already had one set up.  So your username will be your email address.  If you have forgotten you details, you can find out about your account by clicking here

What Devices Will Disney+ Work On?

Can I watch Disney+ On My Amazon Fire Stick?

At the moment, Disney hasn’t confirmed support for any Amazon device.  More details on why can be found here.

Disney+ will allow you to download as many movies and shows as you can fit on your device.  However the app will occasionally need to connect to varify you are still a active subscription.

How Many People Can Use A Subscription?

A Disney+ subscription allows up to 7 users, which can all have different profiles and icons.  The users can be up to 10 different devices and will let up to four people stream content from Disney+ at once.

What Movies & Shows Will Be On Disney+

Disney+ will include hundreds of movies and shows from across Disney, including brands such as Marvel, Star Wars, 20th Century Fox, National Geographic and Pixar.  There will be over 500 movies available and 7500 episodes available.  There will be 5000 episodes from the Disney Channel, all 30 seasons of the Simpsons and many more.  Check out the current list of shows and movies here.

Disney+ will feature many original movies such as Noelle, Lady & The Tramp, Togo, Timmy Failure and many more.  There will also be lots of new exclusive shows including The Mandalorian, Encore, The World According To Jeff Goldblum, Monsters At Work, Loki and many more.  Check out what Disney+ Originals to watch on launch day.

Will Disney+ Have Every Disney Movie?

Unfortunately, Disney+ won’t have access to the entire back catalog straight away, due to existing contracts with other providers such as Netflix.  Over time, this will become less of an issue.

Will Disney+ Have New Movies?

All new Disney movies from 2019 onwards will go to Disney+ once they’ve finished their theatrical and home video runs, so roughly 6 to 8 months after they’ve been released in theatres.

Unlike many streaming services, Disney+ doesn’t charge extra for viewing movies and shows in 4K.  However there is only a limited amount of 4K content available.

When Will New Shows & Movies Be Added?

Disney has confirmed many of the new shows and movies will be added each Friday.  Though titles can still be added on other days of the week.  During launch week, the first episodes will be available on Tuesday, with the second episodes arriving on Friday.

Can I binge Watch The Whole Season On Launch Day?

Disney won’t be following Netflix’s approach of offering the entire season of a show on the first day, they will be releasing shows week to week.  So to binge watch the whole of the Mandalorian, you’ll have to wait until the last episode is released after Christmas.

Each country will have some regional variations due to existing contracts that prevent Disney adding all their shows and movies.  This will eventually become less of an issue as those contracts expire.

Can Disney+ Be Bundled With Hulu?

Disney has announced that they will be selling a combined bundle with Hulu (with ads) and ESPN+ for $12.99 a month in the US.  This bundle will not be available until November 12th.  No other details regarding Hulu bundles such as with Live or the No Ads version have been announced.