A new report from Media Partners Asia has revealed some new data on the success of Disney+ Hotstar in the Southeast Asia region, which has revealed that the streaming service has picked up over 22% of new streaming subscribers in the first three months of 2022.

Within Southeast Asia, there are now 39.5 million subscribers to streaming services and ver 2.8 million new subscribers were picked up in the region during the first quarter of 2022.

Indonesia is the fourth most populated country in the world, with over 279 million people living in the country and according to this new data, currently, over 17.4 million people have subscribed to a streaming service in the country.  That number is expected to keep rising. Disney+ Hotstar in Indonesia hit five million subscribers, making it the first of any streaming service to hit that number within the region. 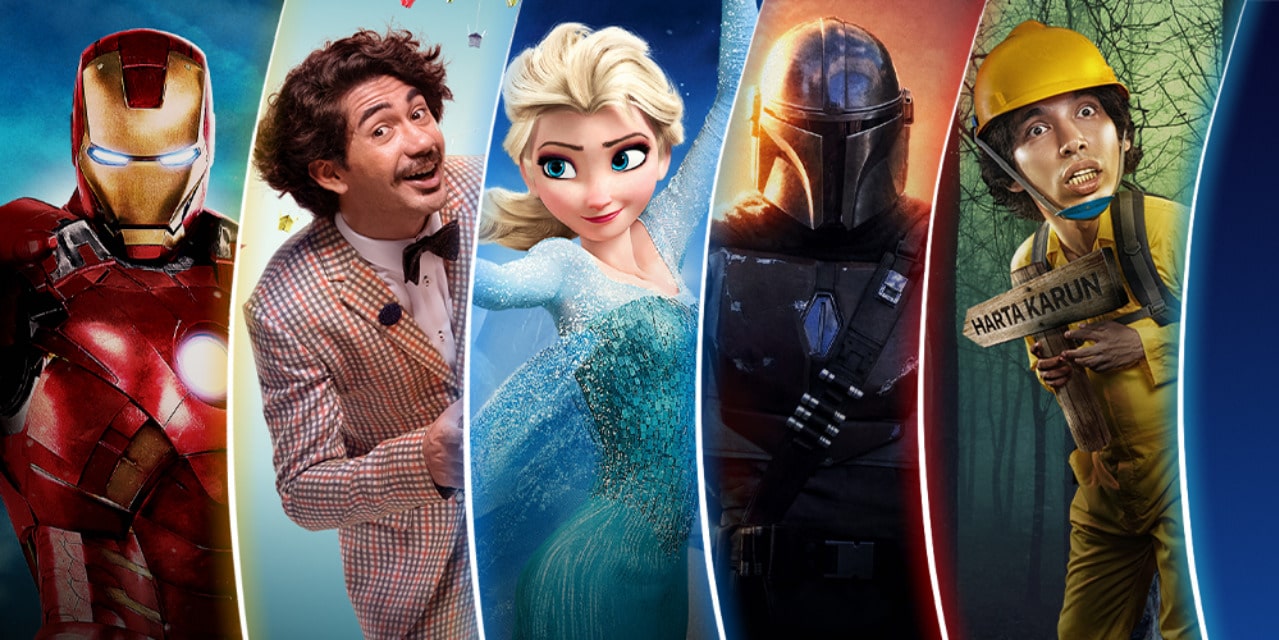 “Indonesia continues to be an arena for competition and scale for local, regional and global streamers, with growing pressure on incumbents to stand out in brand, content, marketing and bundling in order to impact time and wallet share. Vidio and Disney+ Hotstar were stand-outs in the first quarter, growing their share of premium video consumption to 28% and 15% respectively, up from 19% and 10% in the fourth quarter of 2021, to occupy the top two spots, ahead of WeTV, Netflix and Viu. Both platforms have benefited from new local original series and marketing, while Disney’s K-dramas and Vidio’s sports offering also had impact during the quarter,”

The region is going to continue to see an increase in streaming services, with Dhivya adding:

“We expect premium video competition to intensify further later this year as entrants like Amazon Prime Video land and incumbents continue to invest in local content, partnerships, marketing and branding to win customers.”

Netflix currently has a 24% share of the subscriptions in the Southeast Asia region, with Tencent Video’s international platform, WeTV, holding 22%.

“Subscriber growth is likely to moderate as sluggish macroeconomic conditions set in across Southeast Asia.  Inflationary pressures could impact consumer wallets with affordability, while new content cadence and hits, and ease of access though telco and direct retail bundles are likely to be the key to driving customer acquisition and limiting churn.”

Original content is a major key in attracting new subscribers, especially original Korean dramas, which is why Disney has heavily invested in shows like “Snowdrop” and “The Grid”.   Vivek Couto added:

“Local series, particularly in Indonesia and Thailand, have proven use-cases in customer acquisition and retention. Along with local, U.S. and Korean content and live sports are expected to continue to drive premium customer demand. The expansion of Amazon Prime Video in 2H 2022 is also set to intensify competition, along with Disney+ Hotstar’s launch in the Philippines”

Roger has been a Disney fan since he was a kid and this interest has grown over the years. He has visited Disney Parks around the globe and has a vast collection of Disney movies and collectibles. He is the owner of What's On Disney Plus & DisKingdom. Email: Roger@WhatsOnDisneyPlus.com Twitter: Twitter.com/RogPalmerUK Facebook: Facebook.com/rogpalmeruk
View all posts
Tags: disney, Disney+ Hotstar