Earlier this month, the Walt Disney Company announced its latest subscribers for its streaming services, including Disney+ and Hulu.

Since launching in November of 2019, Disney+ has earned 18% of the SVOD market. Disney+ continued to launch in new markets, and global growth clearly impacted the largest players, Netflix and Prime Video, which have lost -5% and -4%, respectively, since January 2021.

And the number of subscribers to Disney+ is expected to rise once again. Following last week’s launch in South Africa, Disney+ will be launching in another 40 countries across Northern Africa, The Middle East and Europe. You will undoubtedly see the streamer get a considerable boost in subscribers.

Some new stats from JustWatch, have shown how Disney+ has grown to become the third-biggest streaming service globally, behind Amazon Prime Video and Netflix. 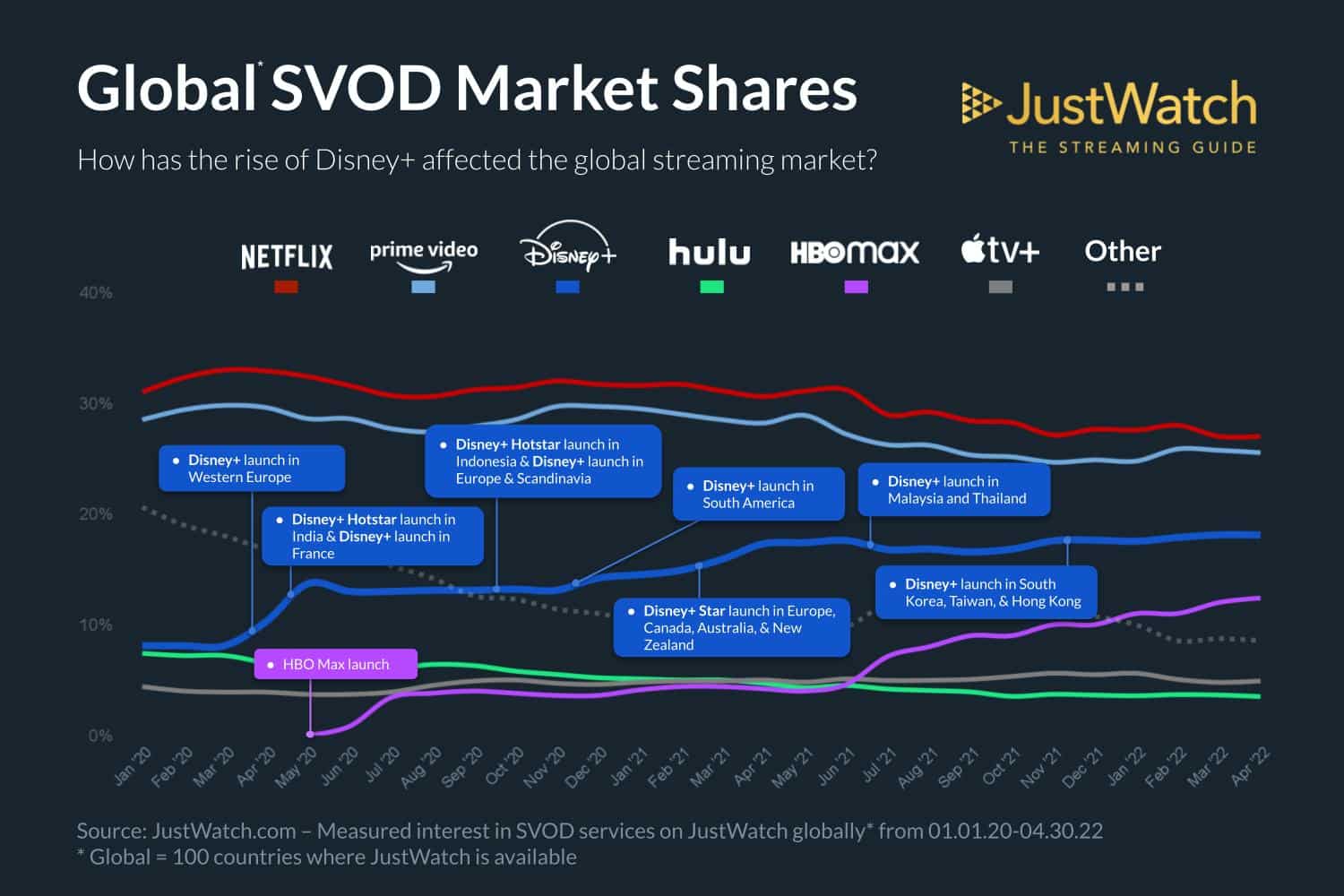 The graph also shows several spikes in subscriber numbers, including the launch of the service in Western Europe and India. Another small spike was when the general entertainment brand, Star, was added in many countries across Europe, Canada, and the Pacific region.

Meanwhile, Hulu has continued to lose more market share each year, as more streaming services like Disney+, Paramount+, Peacock, and HBO Max have launched in the United States. This will likely continue to do so, as Disney deprioritises Hulu, to build the general entertainment content on Disney+.

What do you think of Disney+’s subscriber numbers growing?