Disney+ gives us a behind-the-scenes look at the making of the Disney+ Original Series “The Book of Boba Fett” as part of its Disney Gallery series. Much like “The Book of Boba Fett,” Boba Fett takes a backseat to “The Mandalorian” in the eyes of the creators with the best parts focusing less on Boba Fett and more on Mando. It’s another “Star Wars” series that isn’t actually bad, but misses the mark by trying to be something else.

It’s a perfectly fine hour long documentary. The viewer gets to see some of what went into bringing back Boba Fett and how LucasFilm decided to give the bounty hunter his own show. We also learn more about the prequel casting of Temeura Morrison as Jango Fett and how he was brought back to play Jango’s clone son, Boba, in this incarnation. I really enjoyed hearing from Morrison about his “Star Wars” journey. A lot of the early stuff about the conception and the casting was interesting and fun. It started as a something that would grab my attention. 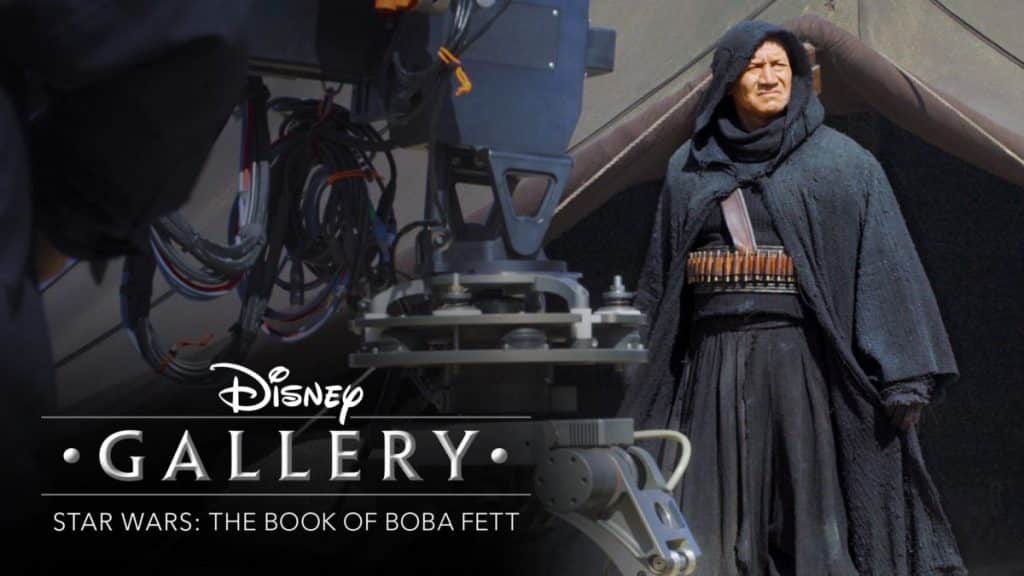 Unfortunately, this documentary goes off the rails when the focus shifts to Mando. I understand why Mando was incorporated in the main show. It made sense, but just like the episodes that would fit better into “The Mandalorian” season 3, the focus on him chewed up the scenery instead of adding to the documentary. While they did cover Fennec Shand, Cad Bane and Black Krrsantan, it felt like their coverage got slighted. Also, we barely see any of the Mods in the documentary. We learn about some of Fennec Shand’s mod update, but I would’ve liked to have learned more about the Mods and the twins. I would’ve liked a longer focus on Cad Bane and Black Krrsantan. I would’ve just liked more.

Honestly, this documentary feels very appropriate for “The Book of Boba Fett.” There was so much potential for the series and there was so much potential for this documentary. But, at the end of the day, it feels like that potential was untapped. I enjoyed it, but I recognize where both could be improved. This would be a nice DVD featurette, but shouldn’t be part of a Disney+ Original Series. If you haven’t watched this yet, you can skip it if you want. It’s fine, but it’s definitely not required viewing.

What did you think of “Disney Gallery: The Book of Boba Fett?”

Jeremy has been a big Disney fan since he was a kid growing up during the Disney Renaissance. One day he hopes to go to every Disney Park in the world.
View all posts
Tags: disney, disney gallery, disney+ originals, documentary, review, star wars, the book of boba fett