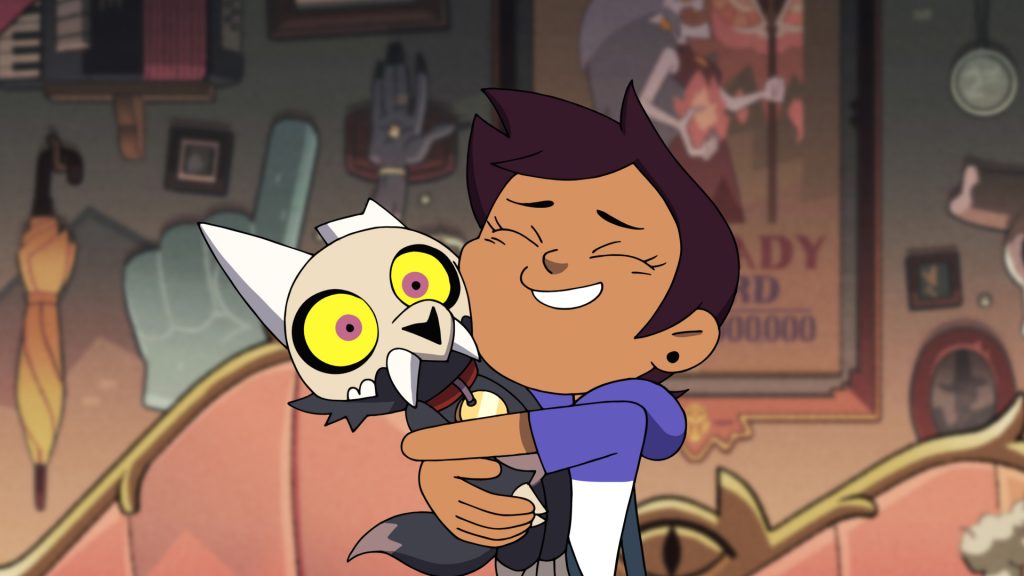 The Disney Channel has ordered a second season of its new animated fantasy-comedy “The Owl House” ahead of its series premiere on Friday January 10th 2020 (8:45 p.m. EST), on Disney Channel and DisneyNOW.  And with anything created by the Disney Channel, eventually it will also be available on Disney+.

Created and executive-produced by Dana Terrace (Disney’s “DuckTales”), the series follows Luz, a self-assured teenage girl who stumbles upon a portal to a magical realm where she befriends a rebellious witch, Eda, and a tiny warrior, King. Despite not having magical abilities, Luz pursues her dream of becoming a witch by serving as Eda’s apprentice at the Owl House and ultimately finds a new family in an unlikely setting.

Coinciding with the series premiere, the DisneyNOW app will unveil an adventure game set in the supernatural world of “The Owl House,” where players can join Luz on her mission to become a witch by completing tasks, collecting relics and playing mini-games. New shorts featuring Luz, Eda and King will begin rolling out in the spring on Disney Channel and Disney Channel YouTube. An exclusive “The Owl House” t-shirt, designed by the series’ art director Ricky Cometa (“Steven Universe”), is currently available at Amazon.com/DisneyChannel, with additional designs debuting in January.

In addition to Terrace, who was one of Variety’s “10 Animators to Watch” in 2017 and Animation Magazine’s “Rising Stars of Animation” in 2019, and Cometa, the series’ talented crew also includes supervising producer Stephen Sandoval (Disney’s “Gravity Falls”). The series is produced by Disney Television Animation and carries a TVY7-FV parental guideline.

Are you excited for “The Owl House”?