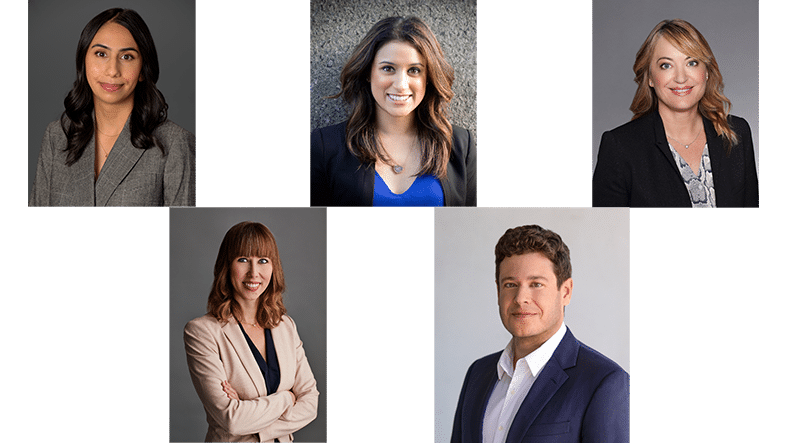 The newly promoted executives are the following:

“Aligning our strengths into three areas of dedicated focus across unscripted and nonfiction content prepares us to maximize the biggest global opportunities in this unique space, one with unlimited possibilities of stories not yet told. Charlie, Marc, Marjon, Nicole, Claire, Meghan and Jordan are energized to make the best unscripted content with creative minds across Disney and throughout our industry and to continue delivering compelling and entertaining stories that reflect the Disney brand that families have loved for nearly 100 years.” 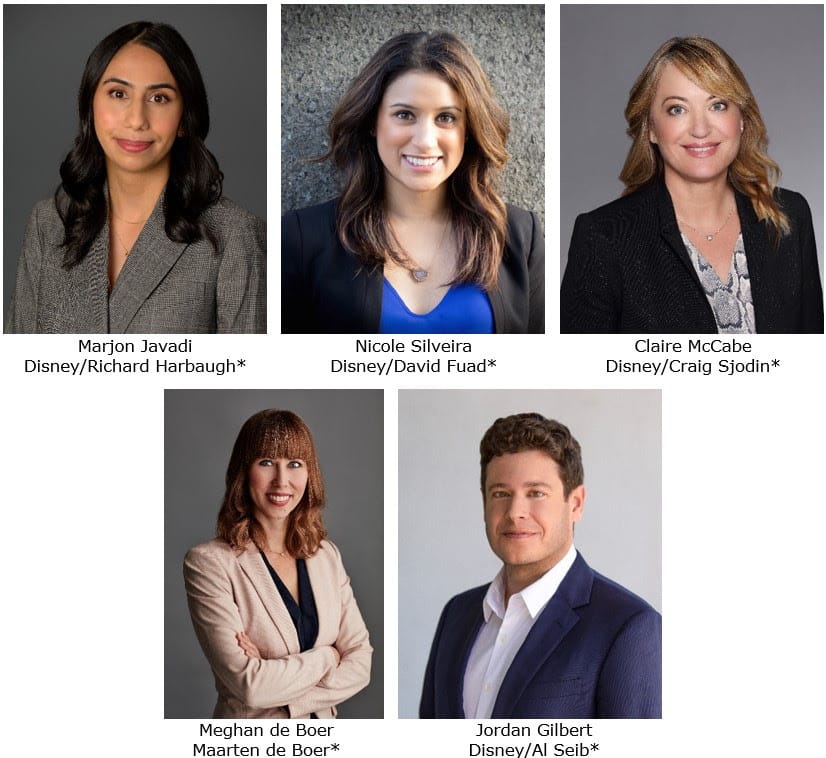 Here are some details on the new Disney Branded Television Executives:

Marjon Javadi, vice president, Disney Documentary Films and Docuseries, joined Disney in 2019 as director of Documentaries, and in her new role, she continues to work with filmmakers on real-life stories with universal, aspirational and optimistic themes, all for the Disney+ global streaming platform. Previously she worked in funding at Doc Society (“The Edge of Democracy,” “Softie,” “Midnight Traveler”) and, from its nascent stage, helped build the documentary unit at Netflix Originals (“Virunga,” “Chef’s Table,” “Making a Murderer”). She also worked in scripted as a production and development executive at Animal Kingdom Films and Scott Rudin Productions. She recently served on the jury at SXSW and DOC NYC.

Nicole Silveira, vice president, Unscripted, Disney Branded Television,joined Disney in 2019 as part of the launch team for Disney+. Her remit is to create original, globally appealing, unscripted content for Disney+. Previously, she was head of Unscripted Development and vice president for Pilgrim Media Group. She also served as a development executive for ITV, focused on creating original formats for international broadcasters. Earlier, Silveira spent nearly a decade at NBCUniversal, developing and launching “The Sing-Off,” “Minute to Win It” and “Betty White’s Off Their Rockers,” among other hits for the network. She began her television career as a local news producer at KABC and KNBC. She is active in efforts both on screen and off to ensure diversity, equity and inclusion are part of the creative conversation.

Meghan de Boer, executive director, Brand Partnerships and Kids, Disney Branded Television, has more than 10 years of experience in unscripted content development and live-event production. Part of the Disney+ launch team, she has helped drive strategy for Variety and Specials. In her new role, she creates storytelling that leverages Disney IP and also develops projects to support young audiences. She joined Disney in 2008 as a producer for the Disney/ABC Digital Studio and won two Emmy® Awards for executive producing “The Oscars: All Access.” She’s an executive committee member for the Academy of Television Arts and Sciences’ Interactive Media Peer Group and the Producer’s Guild of America’s New Media Council.

Jordan Gilbert, executive director, Unscripted, Disney Branded Television, joined Disney in 2019 as director, Original Programming and was on the launch team for Disney+. His remit is to create original, globally appealing unscripted content for Disney+. For five years previously, he was vice president, Original Programming, at Lionsgate Television, and earlier, wrote for two seasons of the Emmy-nominated series “Billy on the Street.” Gilbert also served as a creative executive at Yahoo Inc. in branded entertainment and was a manager, Digital Content, for Universal Pictures.