As we head into 2023, the world of streaming services is in a very different place than it was when we moved from 2021 into 2022.  For Disney, we have Bob Iger back in control and a new ad-supported tier available, but in relation to other streaming services, how is Disney+ holding out?

Recently, JustWatch released some new data regarding the market shares of streaming services for the fourth quarter in 2022.

In a historic shift, Prime Video is now the SVOD market leader in the US and now holds a 1% lead over Netflix. Disney+ edged out HBO Max for third place, maintaining a 5% margin to Netflix. Apple TV+ dropped 1% in Q4, and is now tied with Paramount+.

Combining both of Disney’s streaming services, Hulu and Disney+, together, makes Disney the company with the biggest market share, at 26%, showcasing why a combined platform could make it the biggest streaming service in the US.   With Disney set to slow down how many original shows and films it creates, especially for streaming, Marvel and Star Wars shows aren’t enough to grow Disney+. 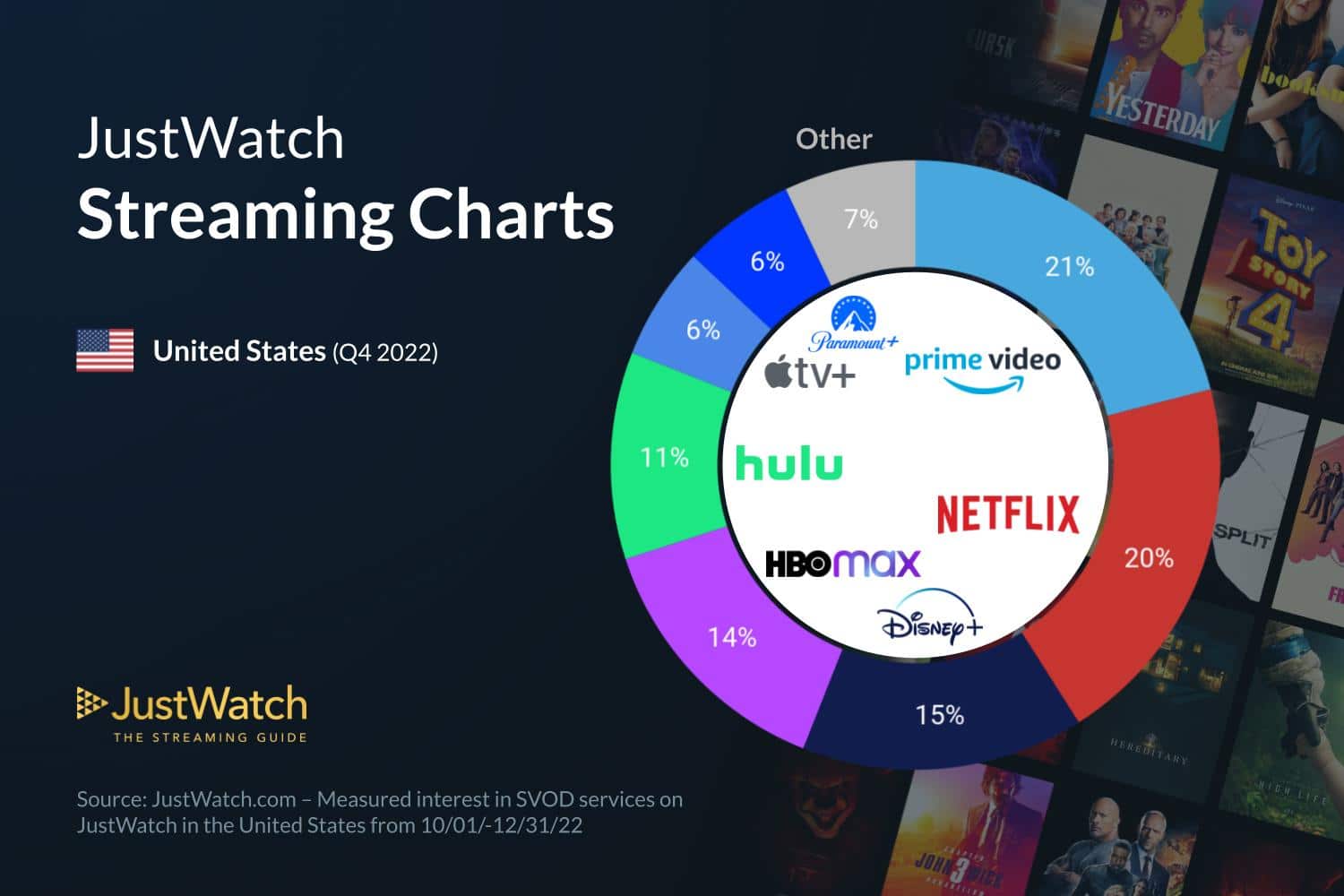 Netflix has had a downward trend throughout 2022, and Prime Video finally overtook the lead position in Q4. Disney+ hit a plateau after a year of mostly growth, but ended the year +2% higher than it began. Apple TV+ and Paramount+ saw +1% and +3% rises through 2022, respectively. 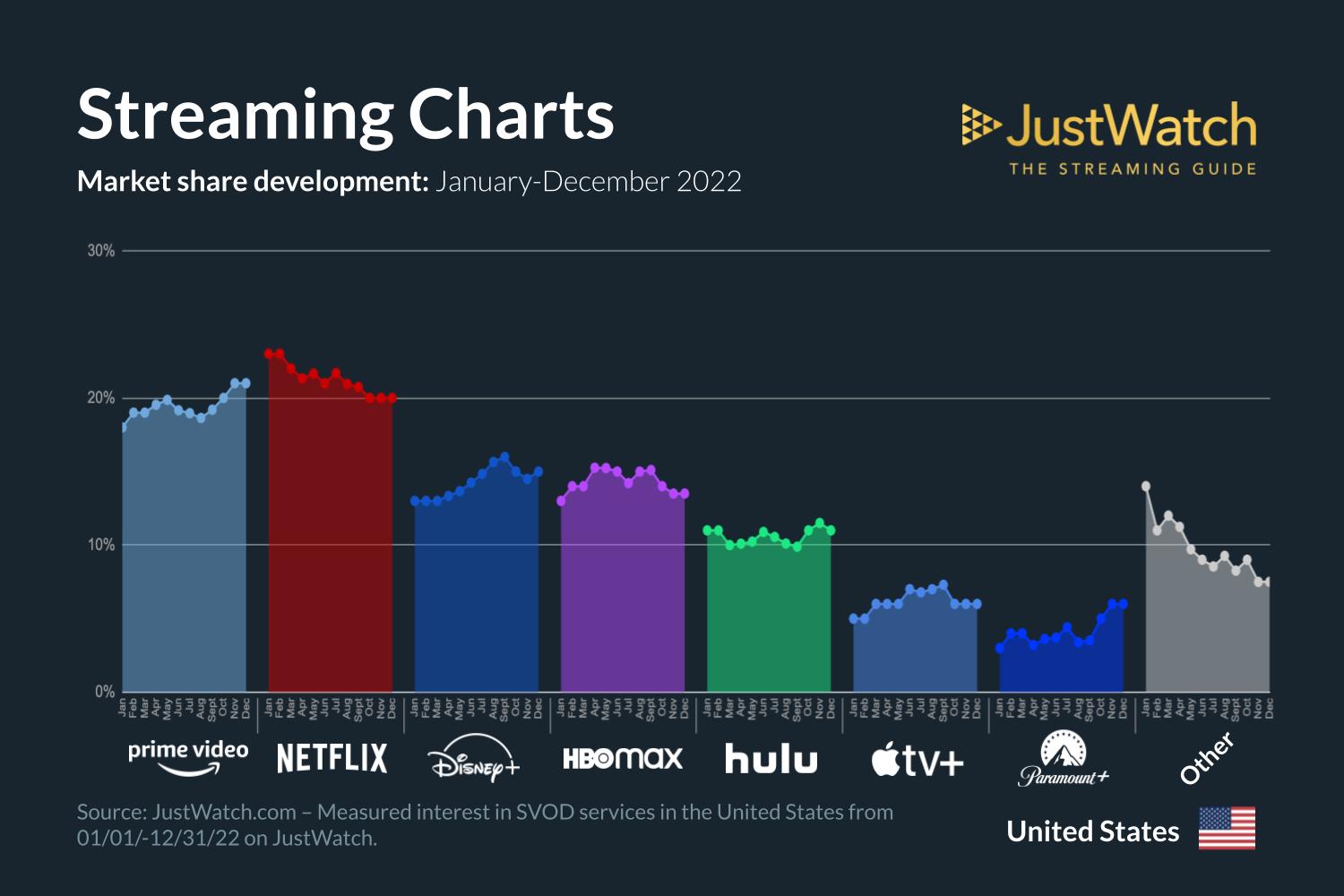 The streaming business in 2023 will continue to change, especially as the streaming platforms move from focusing on gaining as many subscribers as possible, to focusing on making a profit. Having more subscribers but losing money isn’t sustainable, so it’s unlikely that we will see much growth in 2023, but this data does show Disney+ needs to do something to compete with Netflix and Amazon Prime Video.

When you look at what Disney+ is putting out in the United States in January, just new episodes of a few original shows and little else, it’s not a huge surprise to see why Disney+ isn’t pulling in many new subscribers.  Most Marvel and Star Wars fans are already subscribed, and there is very little else to keep adults or teenagers entertained, when compared to Netflix or Prime.  Classic films and family-friendly content is working, but it will need more to beat out the other platforms.

What do you think Disney should do to improve Disney+ in the United States?