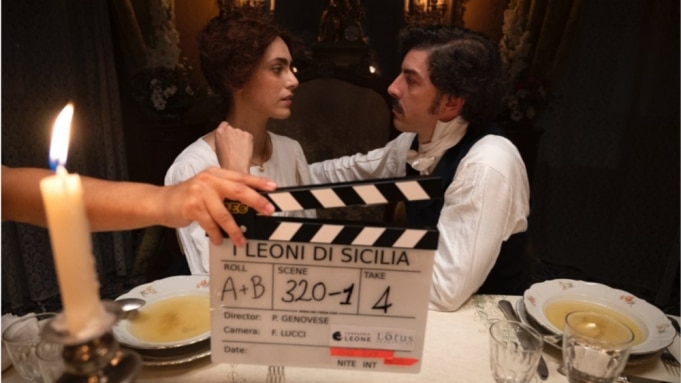 Disney+ has greenlit a brand new Italian series that is based on Stefania Auci’s “The Florios of Siciliy” aka “The Lions of Sicily”.

This eight-episode series tells the story of the Florio family. It follows brothers Paolo and Ignazio, two small spice merchants who have escaped from a Calabria stuck in the past and in search of social redemption. In Sicily they invent a future, turning a small, run-down shop into a flourish business activity that young Vincenzo, with his revolutionary ideas, will transform into an economic empire.

Filming has begun in Rome and will also be taking place in Sicily.  It will be directed by Paolo Genovese (“Superheroes”).

“After the success of ‘The Ignorant Angels,’ we are pleased to announce a new all-Italian project that once again boasts a great director, with Paolo Genovese, and a first-rate cast.  The ‘Lions Of Sicily’ confirms Disney+’s commitment to create Italian contents that enrich and make the already wide and varied offer of the platform unique.

“The Lions of Sicily” will be produced by Francesco and Federico Scardamaglia for Compagnia Leone Cinematografica, and Raffaella Leone and Marco Belardi of Lotus Production. Ludovica Rampoldi and Stefano Sardo are writers.

Roger has been a Disney fan since he was a kid and this interest has grown over the years. He has visited Disney Parks around the globe and has a vast collection of Disney movies and collectibles. He is the owner of What's On Disney Plus & DisKingdom. Email: Roger@WhatsOnDisneyPlus.com Twitter: Twitter.com/RogPalmerUK Facebook: Facebook.com/rogpalmeruk
View all posts
Tags: The Florios of Siciliy, The Lions of Sicily