Walt Disney Studios has announced at CinemaCon that it will be releasing the Bollywood film, “Brahmastra Part One: Shiva’, in cinemas in the United States and Canada on September 9th, which is the same release date previously announced for a global release including India.

“Brahmāstra” is the most expensive Bollywood films of all time and is going to be the first in a new trilogy.  It’s being billed as India’s first original cinematic universe and will be called the “Astraverse”, which is inspired by ancient India and spiritual Indian mythology.

It will star Ranbir Kapoor, Amitabh Bachchan, Alia Bhatt, Mouni Roy and Nagarjuna Akkineni.  And is being directed by Ayan Mukerji, who has previously directed “Yeh Jawaani Hai Deewani” and “Wake Up Sid“. 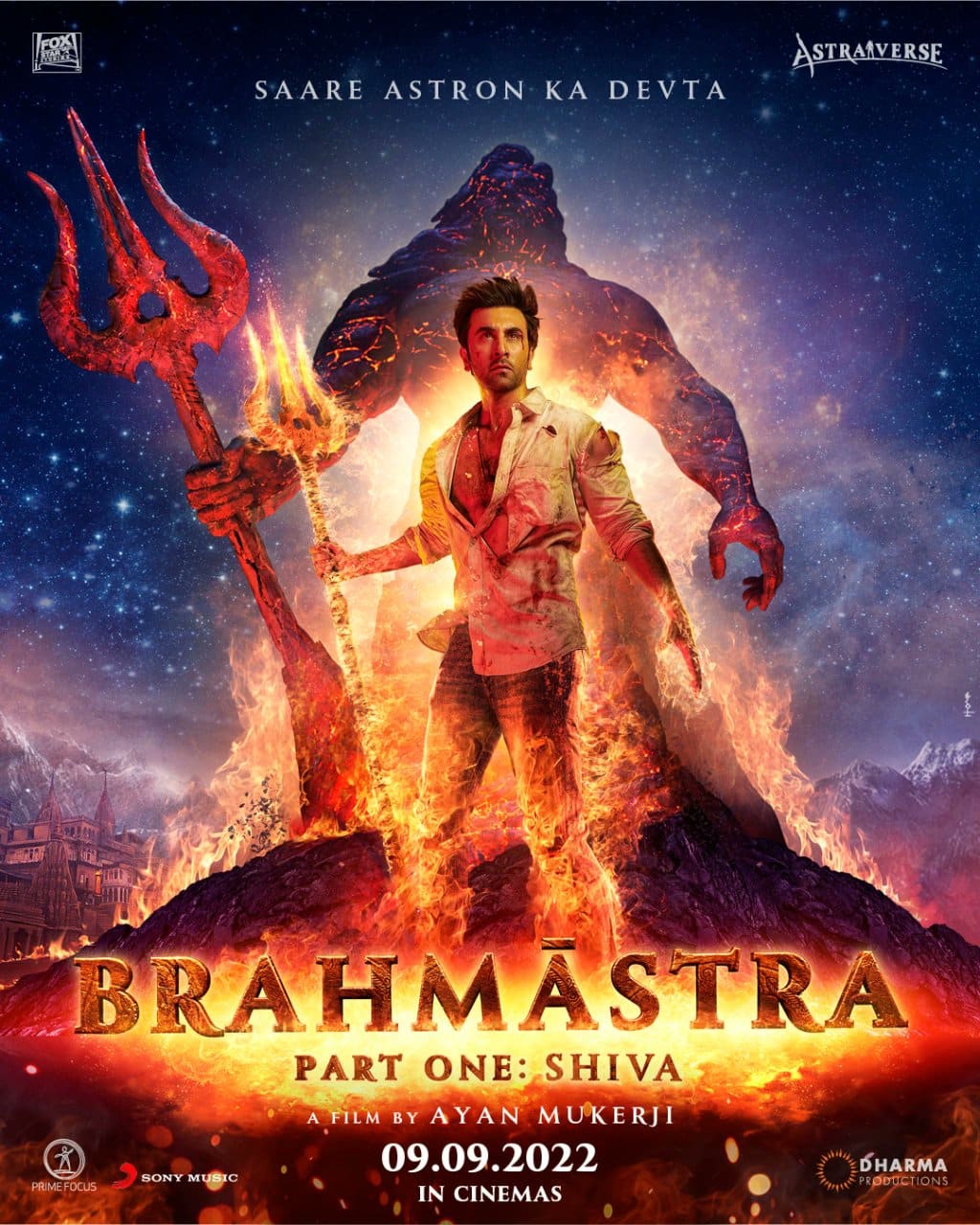 The film is about a secret society, the Brahmānsh, who, generation after generation, have protected many divine “Astras” (weapons) that were created in ancient India, and safe-guarded from the eyes of the world. The most powerful and the most deadly amongst these divine weapons, the Brahmāstra, is now waking up and threatens to destroy the universe we know today.

In this first film, Shiva (played by Kapoor), a young man on the brink of an epic love story with Isha (Bhatt). But their world is turned upside down when Shiva learns he has a mysterious connection to the Brahmāstra, and a great power within him that he doesn’t understand just yet — the power of fire. The story follows Shiva as he journeys into the world of Astras and discovers his destiny as the Divine Hero of the universe.

“Brahmāstra: Part One: Shiva” has been produced by Disney’s Fox Star Studios along with Dharma Productions, Prime Focus and Starlight Pictures.  It will be released in Hindi, Telugu, Tamil, Malayalam, and Kannada

Once the film has completed its theatrical run, I’d expect it to be released on Disney’s streaming services around the world including Disney+ Hotstar in India, Hotstar in Canada and the UK, plus Hulu in the United States and on Disney+ in other regions like Australia and New Zealand.

Roger has been a Disney fan since he was a kid and this interest has grown over the years. He has visited Disney Parks around the globe and has a vast collection of Disney movies and collectibles. He is the owner of What's On Disney Plus & DisKingdom. Email: Roger@WhatsOnDisneyPlus.com Twitter: Twitter.com/RogPalmerUK Facebook: Facebook.com/rogpalmeruk
View all posts
Tags: brahmastra, HotStar

“Brahmāstra Part One: Shiva” Confirmed For A Hulu/Disney+ International Release