The Disney Channel has announced that it has ordered a second season of “Amphibia,” a frog-out-of-water animated comedy series.  The first season will be coming to the Disney Channel and DisneyNOW app on Monday June 17th at 10am.

Leaping into the fantastical world of “Amphibia,” the series chronicles the adventures of independent and fearless teen Anne Boonchuy (voiced by Brenda Song) after she is magically transported to a rural marshland full of frog people and meets the excitable young frog Sprig Plantar and his family. Created and executive produced by Annie Award-winner Matt Braly (“Gravity Falls”), the series is inspired by his heritage, family and childhood trips to Bangkok, Thailand.

In making the announcement, Meredith Roberts, senior vice president, Animation Strategy, Disney Channels, said, “Matt and his team have created an imaginative new world in ‘Amphibia,’ with multifaceted, relatable lead characters who throughout the series will experience transformational journeys. We are excited to introduce these new characters as part of our Disney Channel animation line up and can’t wait for viewers to follow along on their adventures.”

Starring alongside Song in “Amphibia” is Justin Felbinger (Disney Junior’s “Miles From Tomorrowland”) as Sprig Plantar, who forges a once-in-a-lifetime friendship with Anne; Amanda Leighton (“This Is Us”) as unpredictable pollywog (aka tadpole) Polly Plantar, the youngest member of the Plantar family; and Disney Legend Bill Farmer (the voice of Goofy) as overprotective and traditional grandfather Hop Pop.

“Amphibia” debuts with new episodes daily beginning Monday, June 17th, through Thursday, June 20th. Following the premiere week, the series will air daily throughout the summer. A series of shorts, “Teen Girl in a Frog World,” will begin rolling out in August on Disney Channel YouTube. Coinciding with the series premiere, the DisneyNOW app will also unveil an immersive role-playing game “Amphibia: Locust Pocus,” where players go on quests to help Anne and Sprig fix the damage in Wartwood caused by the locusts. 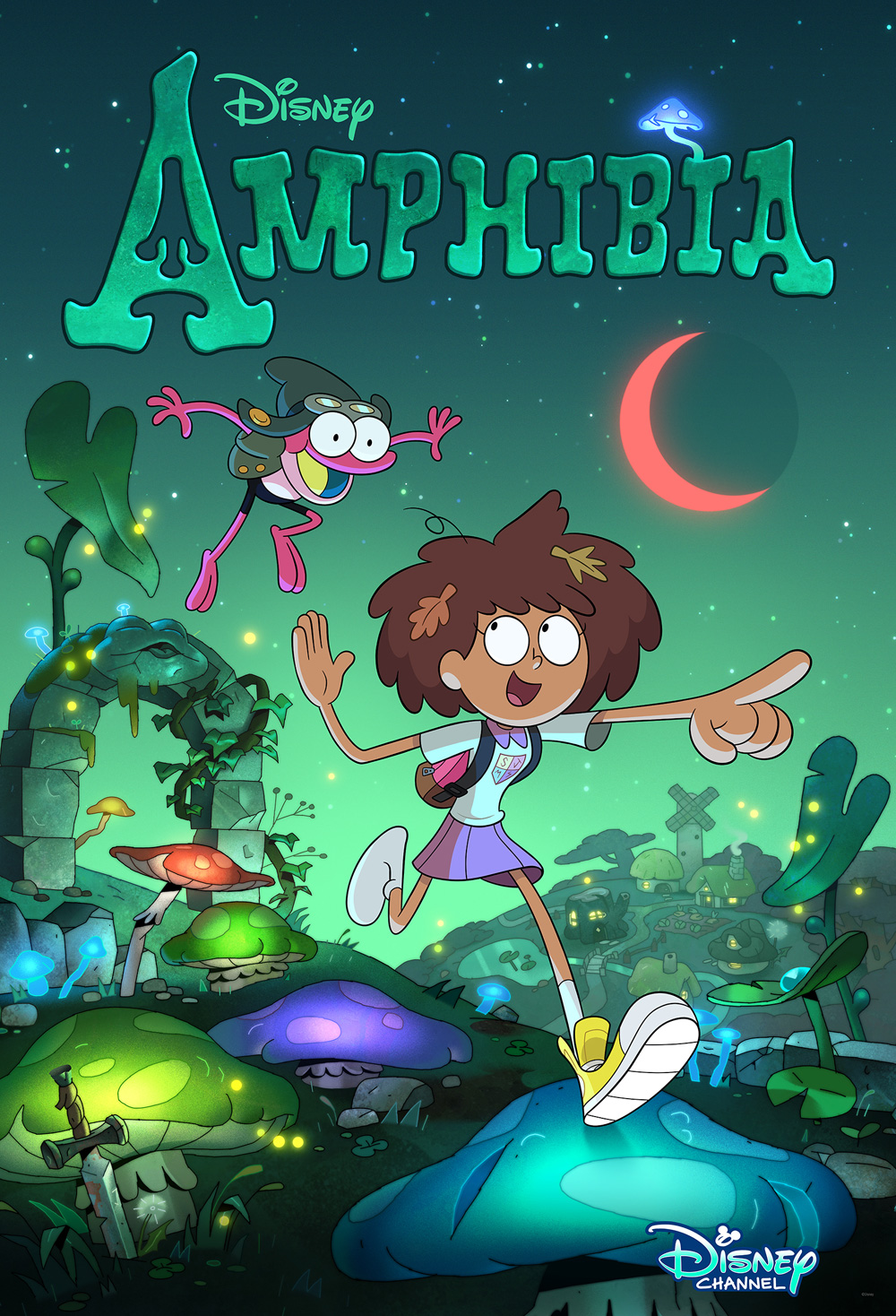 And with the Disney Channel set to contribute over 5000 episodes of shows to Disney+, expect this series and other content to be available on Disney+.

Are you excited for “Amphibia”?

Roger has been a Disney fan since he was a kid and this interest has grown over the years. He has visited Disney Parks around the globe and has a vast collection of Disney movies and collectibles. He is the owner of What's On Disney Plus & DisKingdom. Email: Roger@WhatsOnDisneyPlus.com Twitter: Twitter.com/RogPalmerUK Facebook: Facebook.com/rogpalmeruk
View all posts
Tags: Amphibia, disney, front