The Walt Disney Company has announced applications are open for its first Disney Launchpad: Shorts Incubator. The program is a new opportunity for up to six (6) directors from underrepresented backgrounds to present diverse perspectives through the production of original, live-action short films for proposed initial exhibition on the upcoming streaming service Disney+. Directors will be paired with creative executive mentors from across The Walt Disney Company and challenged to create original films that celebrate the inaugural theme of “Discover” and align with the Disney brand values.

“At The Walt Disney Studios, we believe that great stories come from everywhere, and we are committed to telling inclusive stories and working with filmmakers who bring diverse perspectives to the table,” said Alan Bergman, Co-Chairman, The Walt Disney Studios. “The Disney Launchpad gives us a platform to empower a new generation of filmmakers to share original stories that resonate with our global audience and reflect the world we live in.”

The Launchpad is a seven-month immersive program based at The Walt Disney Studios in Burbank, Calif. Directors will take part in a robust curriculum of professional and storytelling classes primarily led by the American Film Institute, the program’s educational partner. 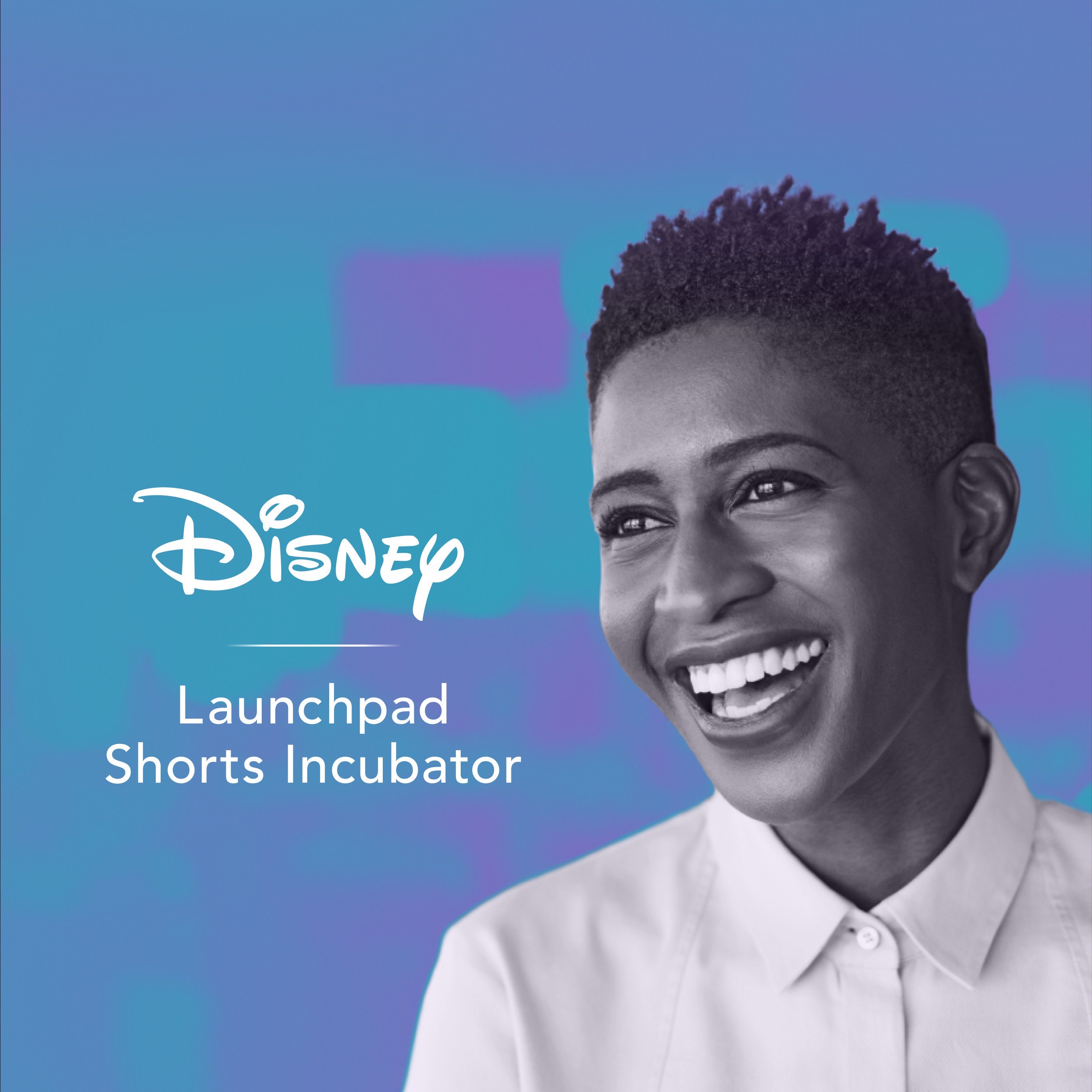 Select shorts will have the opportunity to live on Disney+ and may be considered for further development based on the short’s quality, performance on the platform, future arc, and other factors, though future development is not guaranteed.

“We know the best films and content are those that showcase the diversity of the wider world,” said Julie Ann Crommett, Vice President, Multicultural Audience Engagement, The Walt Disney Studios. “Launchpad recognizes the importance of diversity in front of and behind the camera by bringing together the most talented filmmakers with the world-class talent and resources of The Walt Disney Company.”

The Launchpad is open to the public as well as employees of The Walt Disney Company and its affiliated entities from underrepresented backgrounds with diverse and varied perspectives, including but certainly not limited to women, people of color, the LGBTQ community, various religious groups, military veterans, people with disabilities, and others. 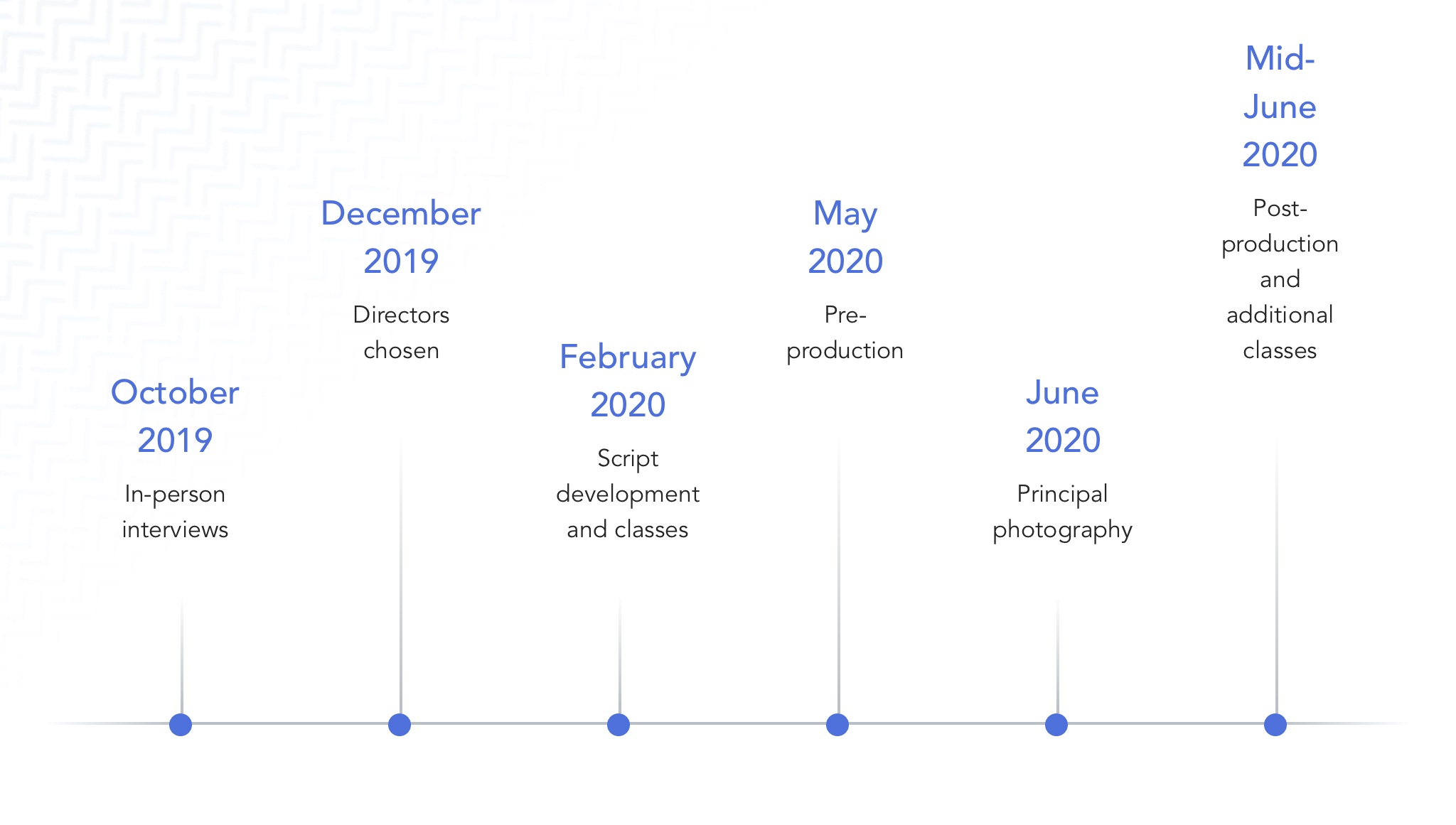 Here are some further details on this new program:

With a focus on building a more inclusive entertainment industry, Walt Disney Pictures is looking for experienced directors from underrepresented backgrounds with diverse and varied perspectives, including but certainly not limited to women, people of color, the LGBTQ community, various religious groups, military veterans, people with disabilities and others, to produce a short in the Disney Launchpad: Shorts Incubator program.

Inspired by life’s journey, the shorts should be based on the theme of “discover.” In the Launchpad, the director(s) of each project will be paired with Disney creative executives who will serve as mentors. Select shorts will have the opportunity to live on Disney+ and may be considered for further development for long-form or episodic motion pictures, based on the short’s quality, performance on the platform, future arc, and other factors, though future development is not guaranteed.

The Launchpad is a seven (7) month program and will include the following (please note that time frames and program parameters are subject to change):

What Disney is looking for in a story or script

For more than ninety (90) years, Disney has been home to some of the world’s most beloved characters and stories which stretch the boundaries of our imagination. Known for high-quality filmmaking, Disney holds a special place in the hearts of millions of people because our themes and characters are universal, relatable, and relevant to everyone. Our characters appeal to all families and are defined by courage, wonder, whimsy, wit, fun, hope, and authenticity.

We welcome characters (including protagonists) of all backgrounds, ages, identities, and perspectives. We value stories that are deeply profound, meaningful, emotionally resonant, and authentic, which build a world or demonstrate a real sense of place, in genres that include fantasy, sci-fi, action and adventure, coming-of-age, comedy, or musical. We are looking for stories that don’t have gratuitous violence, profanity, or oversexualized characters, and have an optimistic ending.

For tone and feel, think Moana, Coco or Sister Act.

We look forward to you bringing your vision to the story. As Kevin Feige, President of Marvel Studios, expressed about Black Panther, “To me, the best thing a producer can do is find a person with something to say, who has a story to tell and can tell it in a way that the world responds to.”

All scripts submitted for the Launchpad should be centered on the theme of “discover.” In the spirit of short films, we encourage you to consider the production scope of your scripts as the budget on these shorts is limited. In order to be in line with the Launchpad production budget, scripts should keep production locations contained and have minimal VFX. We plan for the films to be shot in Southern California.

This new program is an even bigger version of the previously announced Short Circuit and Pixar SparkShorts, but being open to the public as well as Disney staff members.  It will also give Disney+ some unique original content.

Roger has been a Disney fan since he was a kid and this interest has grown over the years. He has visited Disney Parks around the globe and has a vast collection of Disney movies and collectibles. He is the owner of What's On Disney Plus & DisKingdom. Email: Roger@WhatsOnDisneyPlus.com Twitter: Twitter.com/RogPalmerUK Facebook: Facebook.com/rogpalmeruk
View all posts
Tags: disney, front, Launchpad