With the amount of content growing on Disney+ since the addition of Star last year, it can be sometimes difficult to choose what to watch, especially some older or less popular titles that aren’t promoted on the Disney+ homepage.

The good news is that Disney has added a number of new collections to Disney+ in the United Kingdom and Ireland, offering a selection of content via genres.  Hopefully, these collections are made available in other countries.

These new collections include:

This is in addition to previously added collections for : 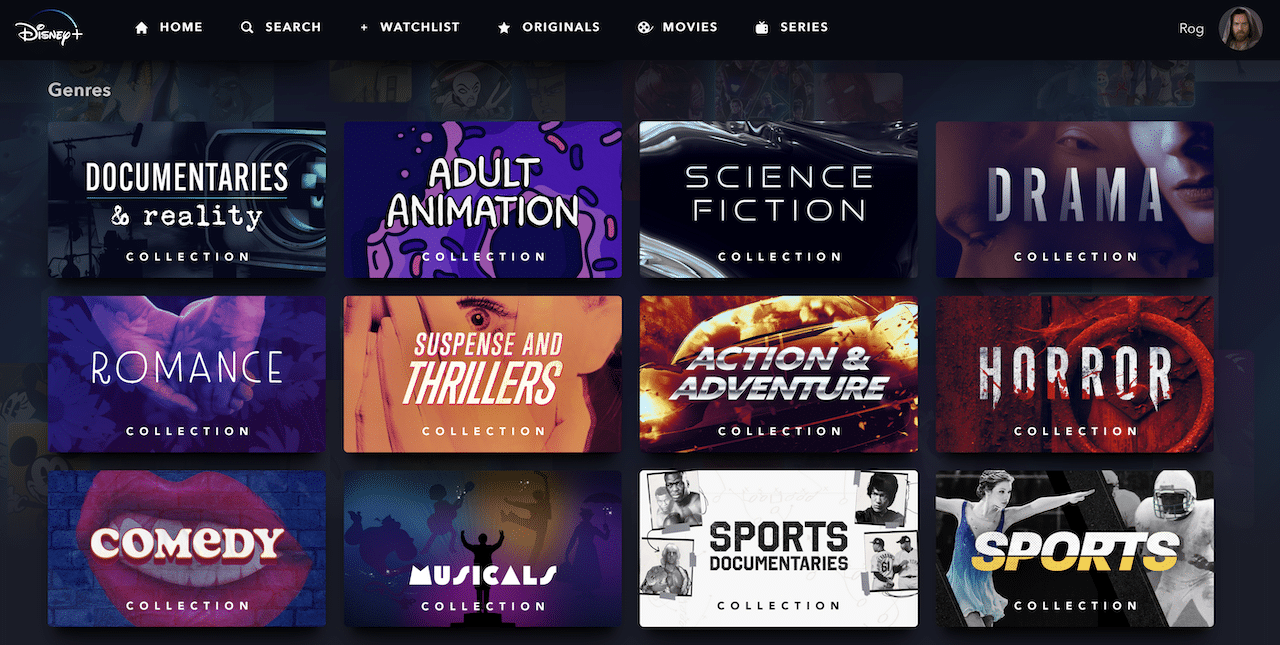 Each collection includes dozens of titles, with some collections like “Documentaries and Reality” having hundreds of titles.

These collections are available within the collection section that can be found in the search section of Disney+.

Roger has been a Disney fan since he was a kid and this interest has grown over the years. He has visited Disney Parks around the globe and has a vast collection of Disney movies and collectibles. He is the owner of What's On Disney Plus & DisKingdom. Email: Roger@WhatsOnDisneyPlus.com Twitter: Twitter.com/RogPalmerUK Facebook: Facebook.com/rogpalmeruk
View all posts
Tags: collections, disney