The streaming wars continue, as Discovery has announced that it will be launching its own streaming platform called Discovery+ in the United States on January 4th 2021. The global rollout of discovery+ across an initial 25 countries has already begun with the U.K. and Ireland, as well as India.

It will offer more than 55,000 episodes from over 2,500 series, and there will also be over 1000 hours of new Discovery+ original content from iconic franchises and personalities such as Chip and Joanna Gaines; Will Packer and Kevin Hart; 90 Day Fiancé; Bobby Flay and Giada De Laurentiis; Duff Goldman; Amy Schumer; Carla Hall; David Schwimmer; Sir David Attenborough; Ben Napier; Sebastian Maniscalco; Joe Kenda; Mike Rowe and many others.

Discovery+ is also following Disney+ in teaming up with Verizon to offer 12 months of the new streaming service to new and existing customers with select plans.

Much like Disney+, the app will have a lower price point, as it will be priced at $4.99 per month, however, this will include adverts, but they are offering an ad-free version for $6.99 per month. Each account will include up to five user-profiles and four concurrent streams, among the most offered in the streaming video category. At launch, discovery+ will be available across major platforms, including connected TVs, web, mobile and tablets. 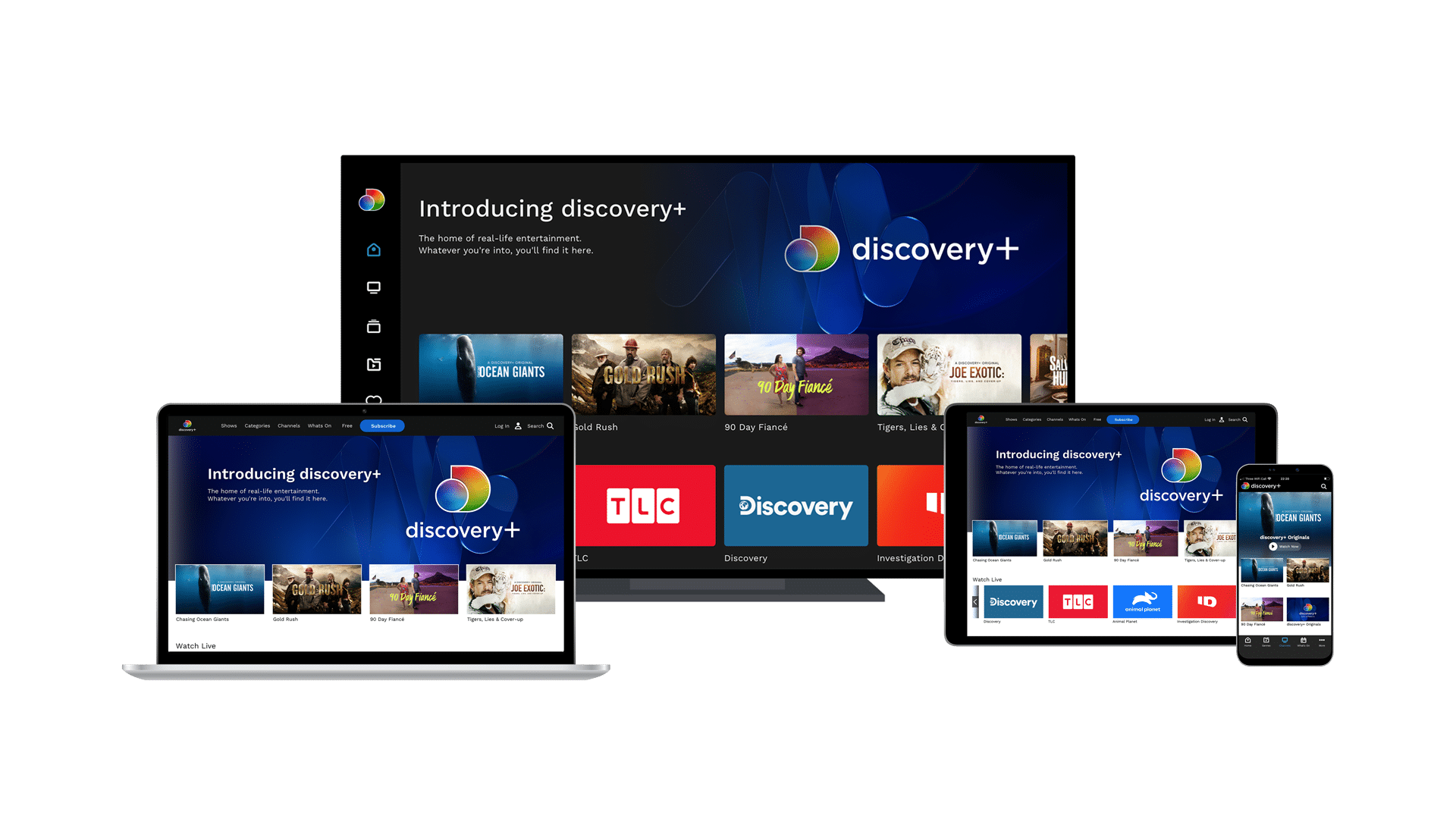 David Zaslav, President and CEO of Discovery said in a statement:

“We have been working methodically the past two years to bring all of our strategic advantages to the launch of discovery+, including distribution and advertising partnerships around the world, a world-class offering of quality brands, authentic personalities and the largest content library at launch, as well as a broad slate of exclusive programming. With discovery+, we are seizing the global opportunity to be the world’s definitive product for unscripted storytelling, providing households and mobile consumers a distinct, clear and differentiated offering across valuable and enduring lifestyle, and real life verticals. We believe discovery+ is the perfect complement to every streaming portfolio, and we couldn’t be more excited to partner with Verizon to bring this incredible content to their customer base.”

He also spoke during an investors call following the reveal of Discovery+ and said that he was confident the streamer would sit alongside existing global services such as Disney+ and Netflix by offering a differentiated product for viewers.

“I don’t think we could be in a better position. There are other great services but we are completely different, we’ve strengthened and we own real-life and non-fiction which is very compelling.  As [US media veteran] Barry Diller said to me, non-fiction is out there for the taking, and if we could own it we could really be a competitive service not just to Netflix but globally – and that’s the ambition, that’s what we want to be and that’s what we are.”

This new streaming service from Discovery, should be considered a major competitor to Disney+ for documentaries, as National Geographic and Discovery both target a similar audience. Discovery+ does offer a much wider choice of documentaries than Disney+, which will hopefully give Disney a push to invest more in original programming for Disney+ and the Nat Geo channels, plus add more from the vast library of content at National Geographic.

Roger has been a Disney fan since he was a kid and this interest has grown over the years. He has visited Disney Parks around the globe and has a vast collection of Disney movies and collectibles. He is the owner of What's On Disney Plus & DisKingdom. Email: Roger@WhatsOnDisneyPlus.com Twitter: Twitter.com/RogPalmerUK Facebook: Facebook.com/rogpalmeruk
View all posts
Tags: discovery+