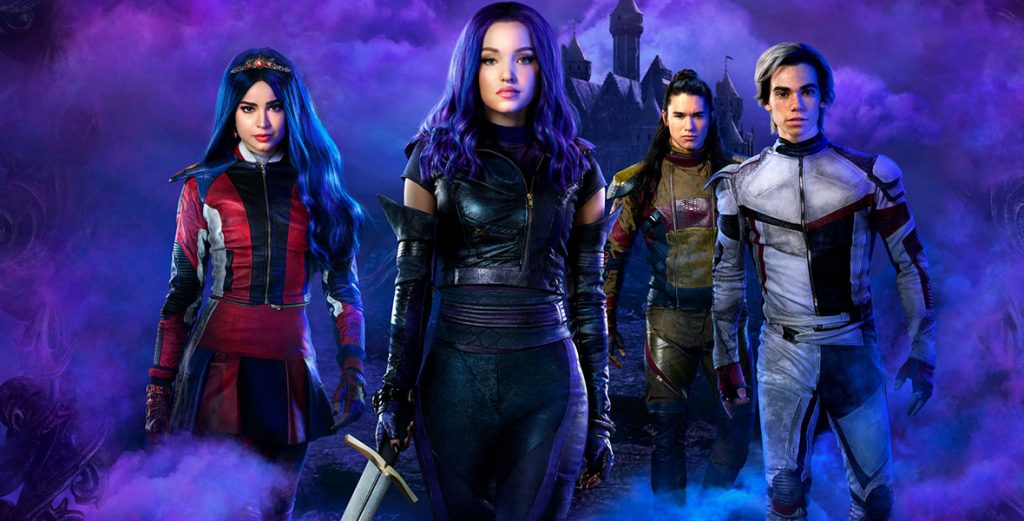 During the Radio Disney Music Awards, actress and presenter Sofia Carson, introduced the “Official” trailer for the new Disney Channel Original Movie, Descendants 3, which will be coming to the Disney Channel in the US on Friday August 2nd.

It’s already been confirmed the original Descendants movie will be available on Disney+, along with 100 other Disney Channel Original Movies, so expect to see Descendants 3 on Disney+ at some point too.

Roger has been a Disney fan since he was a kid and this interest has grown over the years. He has visited Disney Parks around the globe and has a vast collection of Disney movies and collectibles. He is the owner of What's On Disney Plus & DisKingdom. Email: Roger@WhatsOnDisneyPlus.com Twitter: Twitter.com/RogPalmerUK Facebook: Facebook.com/rogpalmeruk
View all posts
Tags: descendants 3, disney, front