Delta’s In-Flight Entertainment To Include Favorites From Disney+ 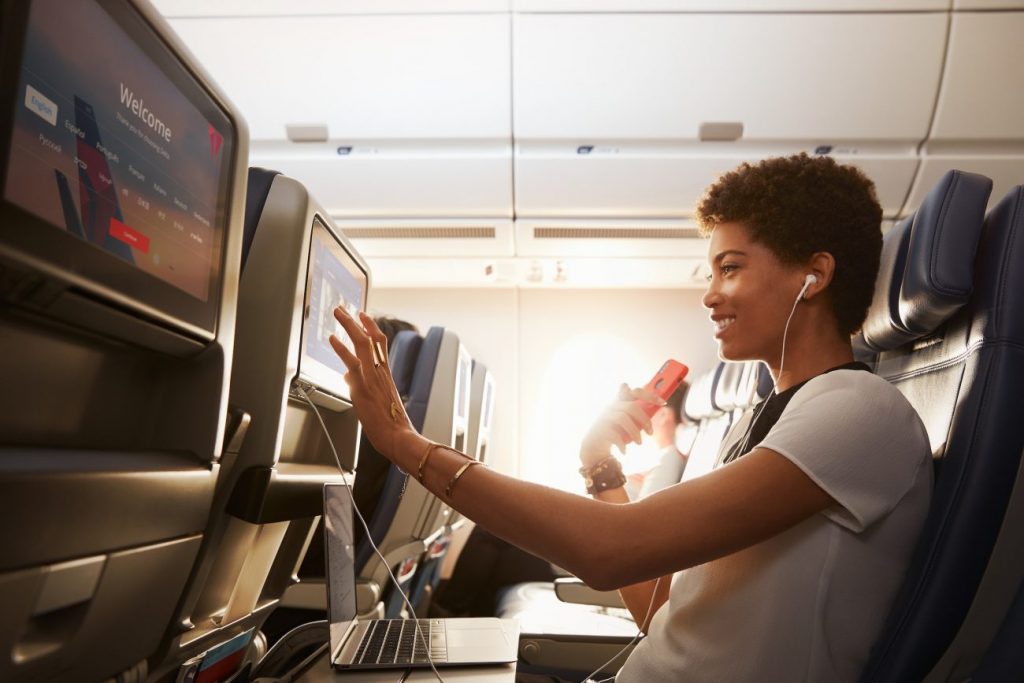 Delta’s In-Flight Entertainment To Include Favorites From Disney+

Delta Airlines has announced that their customers can now enjoy a selection of movies and TV shows from Disney, Pixar, Marvel, Star Wars and National Geographic at 30,000 feet thanks to the airline’s most recent partnership with Disney+.

“We know how much our customers value entertainment on board,” said Ekrem Dimbiloglu, Director – Onboard Product and Brand Experience. “That’s why we have installed seat-back screens in over 700 aircraft and continue to forge partnerships with entertainment giants like The Walt Disney Company to bring more diversity and variety to the entertainment options we offer in flight.”

Disney+ provides customers an unrivaled collection of Disney fan favorites, ranging from one of the highest-grossing films of all time “Avengers: Endgame” to timeless animated films like “The Little Mermaid.”  A selection of content from the Disney+ library catalog joins the more than 3,000 movies, TV shows and music options already available through Delta Studio* – free of charge to all customers in all cabins. In addition to investing in seat-back entertainment, customers can choose to stream Delta Studio to their personal devices on the airline’s entire mainline fleet and most regional aircraft.

This content partnership with The Walt Disney Company is the latest in Delta’s effort to bring new and innovative offerings to customers so they can make the most of their time in flight – from bringing Hulu Originals and Spotify podcasts on board, to debuting a next-generation IFE interface on the airline’s new A330-900neo, to taking steps toward free Wi-Fi and more.

See the full list of Disney titles featured on the IFE Spotlight Collection in December below. Additional Disney library titles are available within the movies and TV series pages on board.

Delta to give customers 14 days of Disney+

Delta U.S. SkyMiles members and travelers flying on selected routes will be offered an opportunity to sign up for a 14-day free trial of the streaming service where they can experience everything Disney+ has to offer: never-before-seen original programming including feature-length films, series, documentaries and short-form content made exclusively for Disney+, along with unprecedented access to Disney’s vast collection of films and television shows.

*Delta Studio content may vary by aircraft and route.