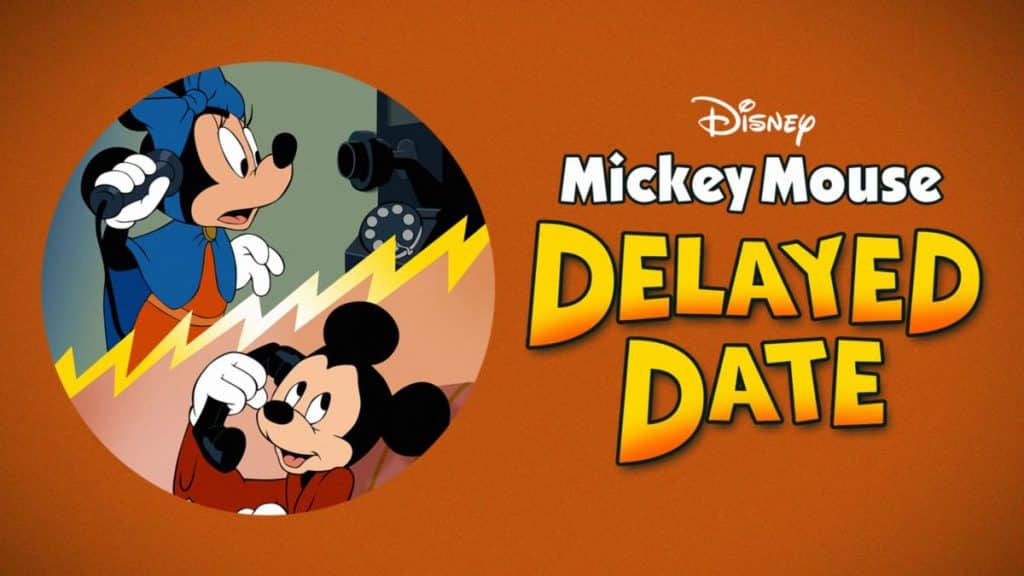 After Mickey Mouse forgets about the big dance, he only has 15 minutes to get down there with the tickets before losing Minnie forever in “Delayed Date.” His evening wear gives him fits and he has a tough time on the way to the dance, but his old pal, Pluto, is there to help him every step along the way.

Pluto is really the hero of this story. He wrangles the evening wear so despite the fact the top hat doesn’t want to end up in Pluto’s mouth, he ends up getting the tuxedo laid out on the bed, even though he has no clue he’s doing it because the top hat is covering his eyes and he brings the tickets at the end of the night, so Mickey and Minnie can enjoy the dance. Meanwhile, Mickey lucks into success. He gets splashed by a cab driving through a puddle, nearly gets hit by multiple vehicles while chasing his hat, gets caught in a trash can (where he’s ironically hit by Pluto trying to get him the tickets), and ends up at the dance hall with his nice tuxedo in tatters. But, it turns out, it’s a costume dance and the tattered tuxedo works as a costume. Simply put, Mickey would be nothing without Pluto. 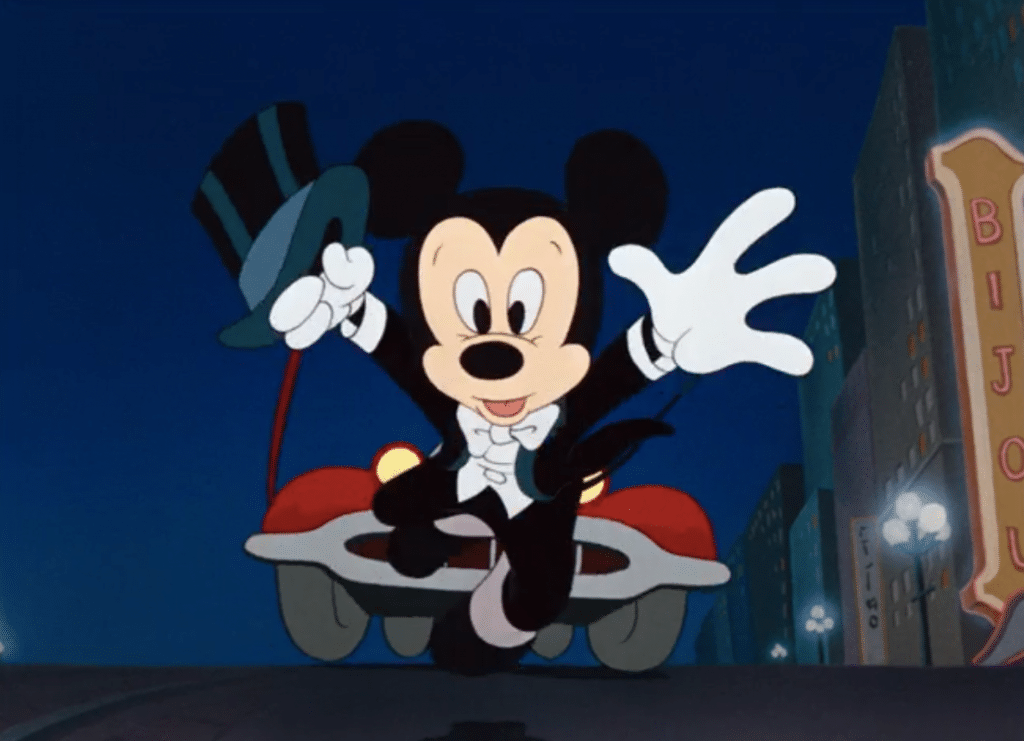 Much like many other Disney properties, this is a wonderfully animated short that tells an excellent story. We all know Mickey is going to make in time because he can’t lose Minnie forever. It’s the one relationship guaranteed to last. Kermit and Miss Piggy even broke up for a little while, but Mickey and Minnie are forever. The ending may be a foregone conclusion but the journey is absolutely amazing.

I’m having a lot of fun watching the early Disney shorts and this one is no different. I enjoy the ones of Mickey and his friends more than most of the Silly Symphonies, but they all have their strengths that make them great editions. This is just the latest in a long line of Disney shorts I’ve reviewed that I would absolutely recommend for anyone looking to see the earlier years of Disney.

What did you think of “Delayed Date?”

Jeremy has been a big Disney fan since he was a kid growing up during the Disney Renaissance. One day he hopes to go to every Disney Park in the world.
View all posts
Tags: Delayed Date, disney, mickey mouse, retro review, review