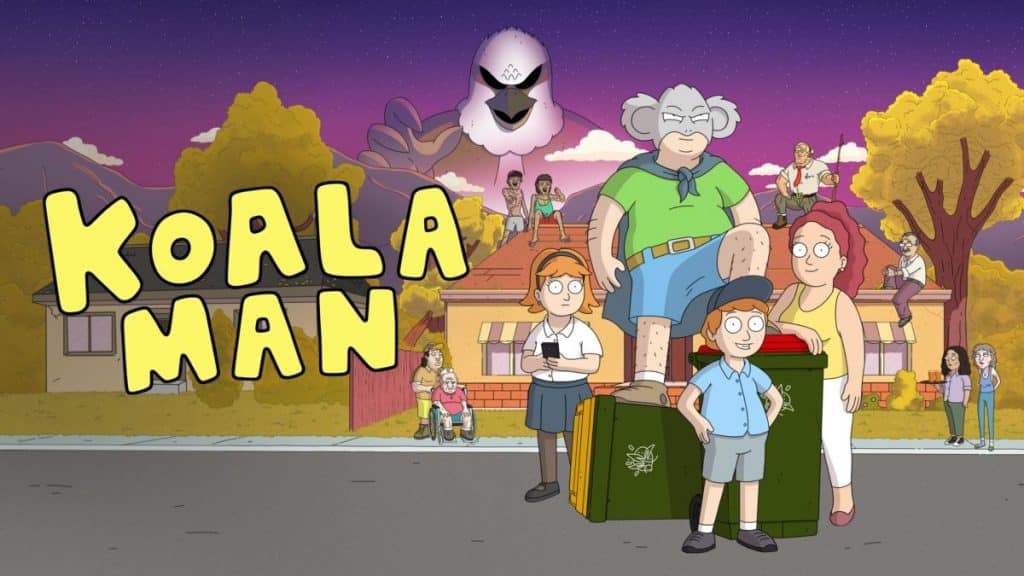 Today saw the release of a brand new adult-animated series, “Koala Man”, on Hulu in the United States, Star+ in Latin America and on Disney+ around the world.   And to tie in with the release of this new series, Deadline has revealed that the writing/producing team behind the show, Dan Hernandez and Benji Samit, have extended their overall deal with 20th Television and ABC Signature .

As part of this agreement, Dan Hernandez and Benji Samit, will be developing, writing and producing live-action and animated series projects for all of Disney’s platforms, including linear and streaming, through their production company, Hermit House.

The duo are currently in early development with ABC Studios on a workplace comedy called “Talk Nerdy to Me” at CBS and have also created the Disney series,”Ultra Violet & Black Scorpion”.   They are also working on other projects with Lucasfilm and Walt Disney Pictures, including a new film called “Figment”, which is small dragon from the Imagination Pavilion at Epcot in Walt Disney World.    Other projects they’ve worked on include “Pokémon Detective Pikachu.”

“Dan and Benji are wildly talented writers with a truly unique sensibility and a hilarious voice.  We have been obsessed with their work for years and are very excited to continue our relationship in animation with them, and are thrilled to expand their development into live-action within our studio. We also can’t wait for viewers to dive into Koala Man, which is our first series with this incredible duo, launching on Hulu today.”

“We’re so excited to expand our creative partnership with 20thTelevision Animation and ABC Signature.  Working with Marci Proietto and Chris Cikowski as well as Jonnie Davis and Tracy Underwood has been a dream come true. We hope we can be together forever, or at least until the kids go to college.”

Roger has been a Disney fan since he was a kid and this interest has grown over the years. He has visited Disney Parks around the globe and has a vast collection of Disney movies and collectibles. He is the owner of What's On Disney Plus & DisKingdom. Email: Roger@WhatsOnDisneyPlus.com Twitter: Twitter.com/RogPalmerUK Facebook: Facebook.com/rogpalmeruk
View all posts
Tags: overall deal