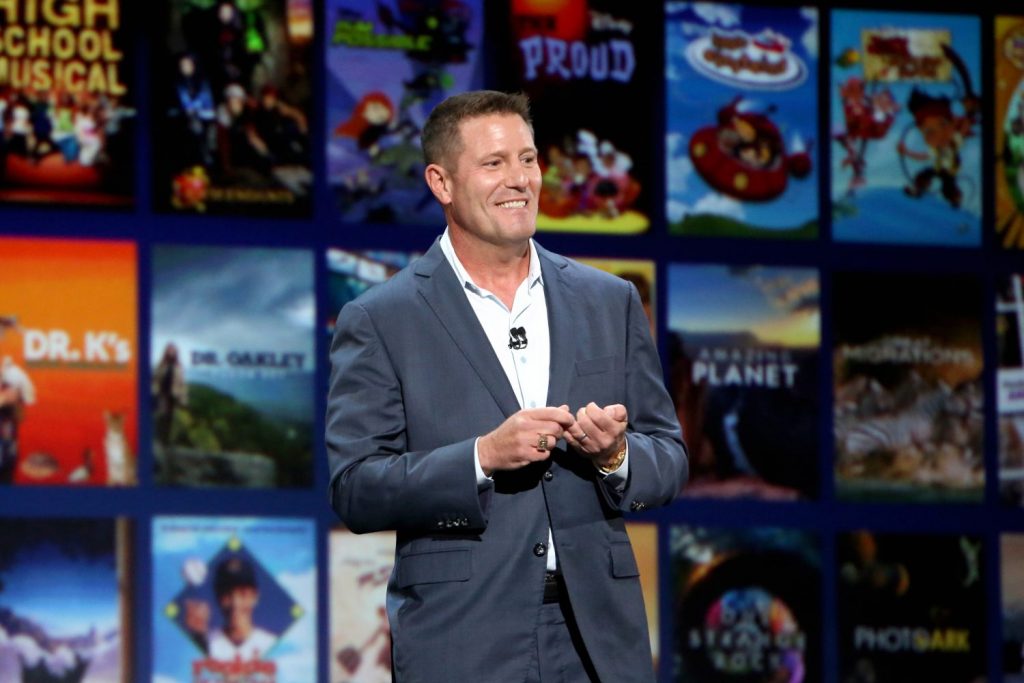 Disney has released some footage from the D23 Expo Disney+ showcase presentation, featuring six new series in development and revealing key details about the highly anticipated streaming service to an enthusiastic audience at the Anaheim Convention Center in Anaheim. The event showcased the sweeping array of talent with in-person and video appearances from the stars of Disney+’s slate of originals from Disney, Pixar, Marvel, Star Wars, and National Geographic and included sneak peeks, trailer premieres, and exclusive news about the service and its upcoming projects.

Check out the highlights below:

Actress Yvette Nicole Brown, who stars in the Disney+ original film “Lady and the Tramp,” hosted the lively presentation, welcoming Kevin Mayer, chairman, Direct-to-Consumer & International, to the stage to kick off the show.

“With less than three months until launch, Disney+ will soon entertain and inspire audiences of all ages for generations to come, and we’re excited to preview some of the amazing original content being created for the service exclusively from our world-class brands today at the D23 Expo,” said Mayer. “Storytelling is the cornerstone of The Walt Disney Company and we’re thrilled to unveil a new slate of original shows from the Star Wars and Marvel cinematic universes, along with popular television franchises set to return with all-new series streaming only on Disney+.”

During the 90-minute presentation, a parade of celebrities, filmmakers, and creatives treated the 6,800-person audience to the first public preview of Disney+’s original movies and shows set to stream when the service launches on November 12:

Disney+ also rolled out the red carpet for its titles set to premiere after the service launches, inviting stars to share new details for their upcoming projects:

What show or movie are you most excited about?

Roger has been a Disney fan since he was a kid and this interest has grown over the years. He has visited Disney Parks around the globe and has a vast collection of Disney movies and collectibles. He is the owner of What's On Disney Plus & DisKingdom. Email: Roger@WhatsOnDisneyPlus.com Twitter: Twitter.com/RogPalmerUK Facebook: Facebook.com/rogpalmeruk
View all posts
Tags: d23 expo, disney, front