Disney+ is set to receive a major upgrade in the amount of content available in a number of countries including the UK, Australia, Canada, New Zealand and across Europe, with the addition of the “Star” brand on February 23rd.  This expansion will add mature content from Disney Television Studios (20th Television and ABC Signature), FX Productions, 20th Century Studios and more.

Since Disney+ first launched, it was promoted as a family-friendly streaming service and it offered some parental controls within its profiles, however, with the addition of new mature content, the security settings for Disney+ are getting an upgrade as well.

The first time you log in to Disney+ from 23rd February, there will be a popup message asking for confirmation to get full access to the Star catalogue, which sets the main profile to have an age rating of 18+ 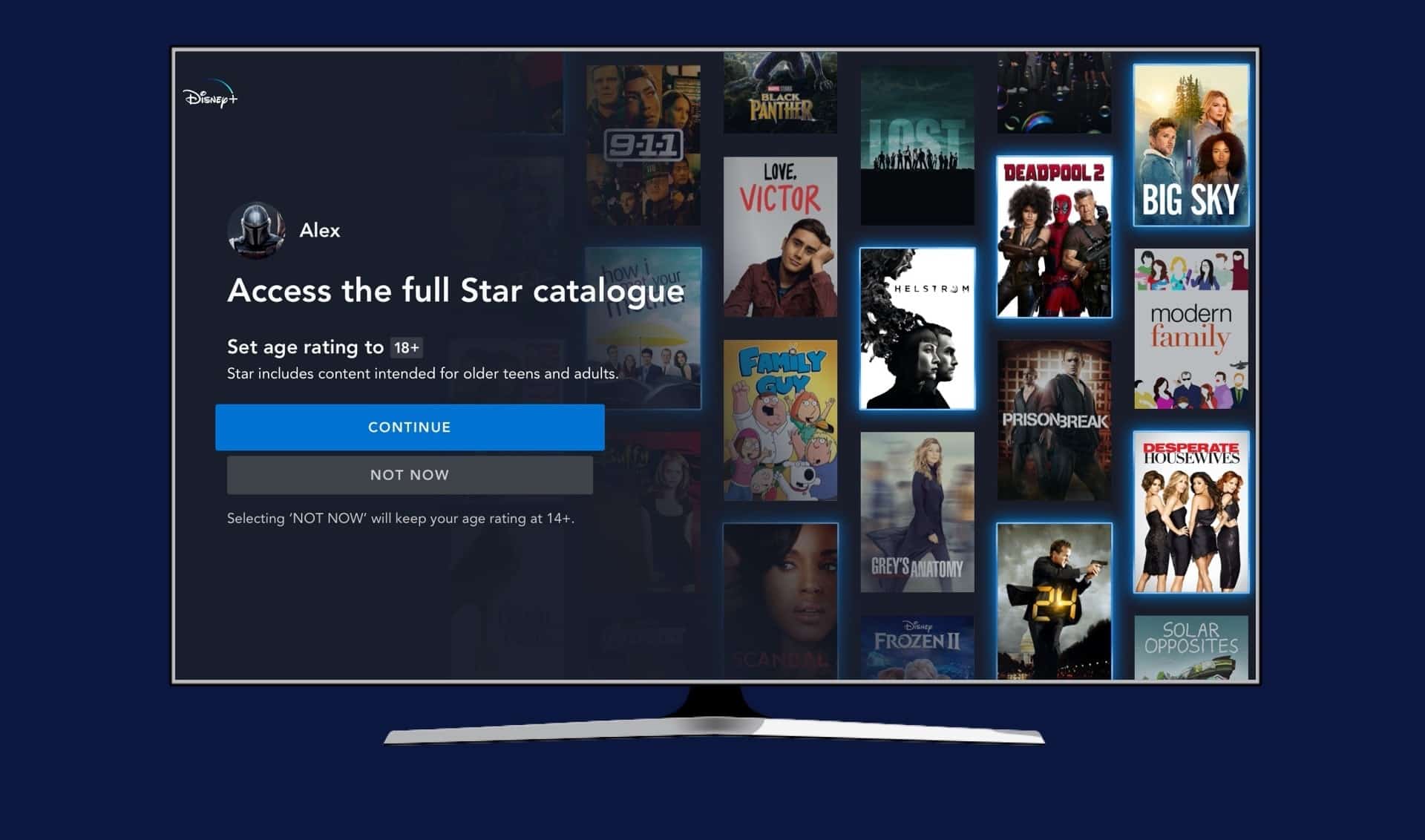 Here are some of the details:

You’ll be able to set an age rating for each profile, which applies to all entertainment across Disney+. Restrict a profile to 14+ to make sure your teen only sees what’s right for them; or create a kids’ profile for the little ones so they can’t access Star at all.

For adults, simply set your age rating to 18+ by entering your account password and enjoy all the thrilling new TV series, movies and originals coming to Disney+ with Star.

Keep the kids from exploring Star using a customisable, four-digit PIN for each profile. This optional feature prevents anyone accessing your profile without your PIN.

You’ll be able to find all of these settings within the App Profile section of the app.

Are you looking forward to having more content on Disney+?